Lead actor Sabyasachi Chakraborty mentioned that ‘network’ in the film is not the web but television.

The trailer of Saptaswa Basu’s upcoming thriller Network was launched on 13 May in the presence of the director, lead actors Saswata Chatterjee and Sabyasachi Chakraborty, and Rini Ghosh, Indrajit Mazumder and Anindya Chatterjee, who also play key roles in the film. 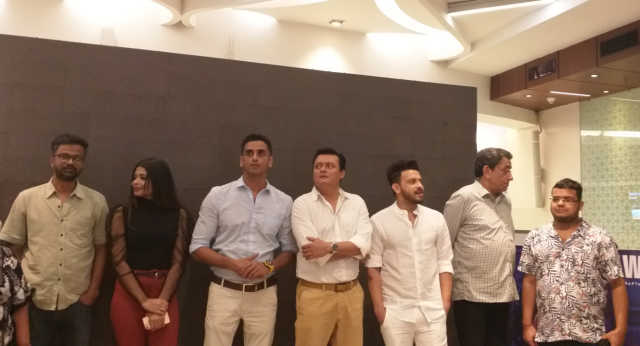 First-time director Basu’s film is set on a plot of revenge, which is unique, according to both Chatterjee and Chakraborty.

“I don’t think any film has been made on this kind of story in Bengali cinema before," said Saswata Chatterjee. "We have been watching films on revenge for years and this is also a story on revenge. However, I have serious doubt whether anybody has taken this kind of revenge ever.”

Chakraborty mentioned that ‘network’ in the film does not refer to the worldwide web but to television.

“My character is a producer and Saswata plays a director in it. You can assume from the poster that there is a rivalry between Saswata and my character,” said the veteran.

It took almost two years to complete the film and Ghosh confirmed that the entire team had put a lot of hard work into it.

The film has been shot by Prosenjit Chowdhury and Ankkit Sengupta while Anirban Maity has edited it. Chakraborty also mentioned that Basu’s parents had a key role to play in the entire process of making the film.