Impact and fame of Devika Rani, first lady of the Indian screen


On her 25th death anniversary (she died on 9 March 1994), we examine the films and influence of the 'First Lady of the Indian screen' on Hindi cinema.

With her elfin features and delicate voice, Devika Rani first emerged on the screen for Karma (1933), the first English language talkie by an Indian, Himanshu Rai. The international press loved Devika and anointed her a future star. The Hindi version was less successful but the husband and wife team of Rai and Devika Rani founded the Bombay Talkies studio with Niranjan Pal and Franz Osten.

The premier studio made landmark films and launched stars which ruled Indian cinema from Ashok Kumar to Leela Chitnis.

Devika Rani had a limited filmography of around 15 films as an actress. Along with actor Ashok Kumar, the pair was celebrated as the top stars of their time. They were first cast together in Jeevan Naiya (1936) when the young actor replaced Najmul Hussain, the original actor of the film, who dared to run away with Devika, the leading lady and wife of the studio boss.

Their pairing was solidified amongst the public with Achhut Kanya (1936), a love story between a Dalit girl and a Brahmin boy, probably one of the earliest talkies to explore caste on film. It is said that Jawaharlal Nehru wrote her a letter praising her performance in the film. 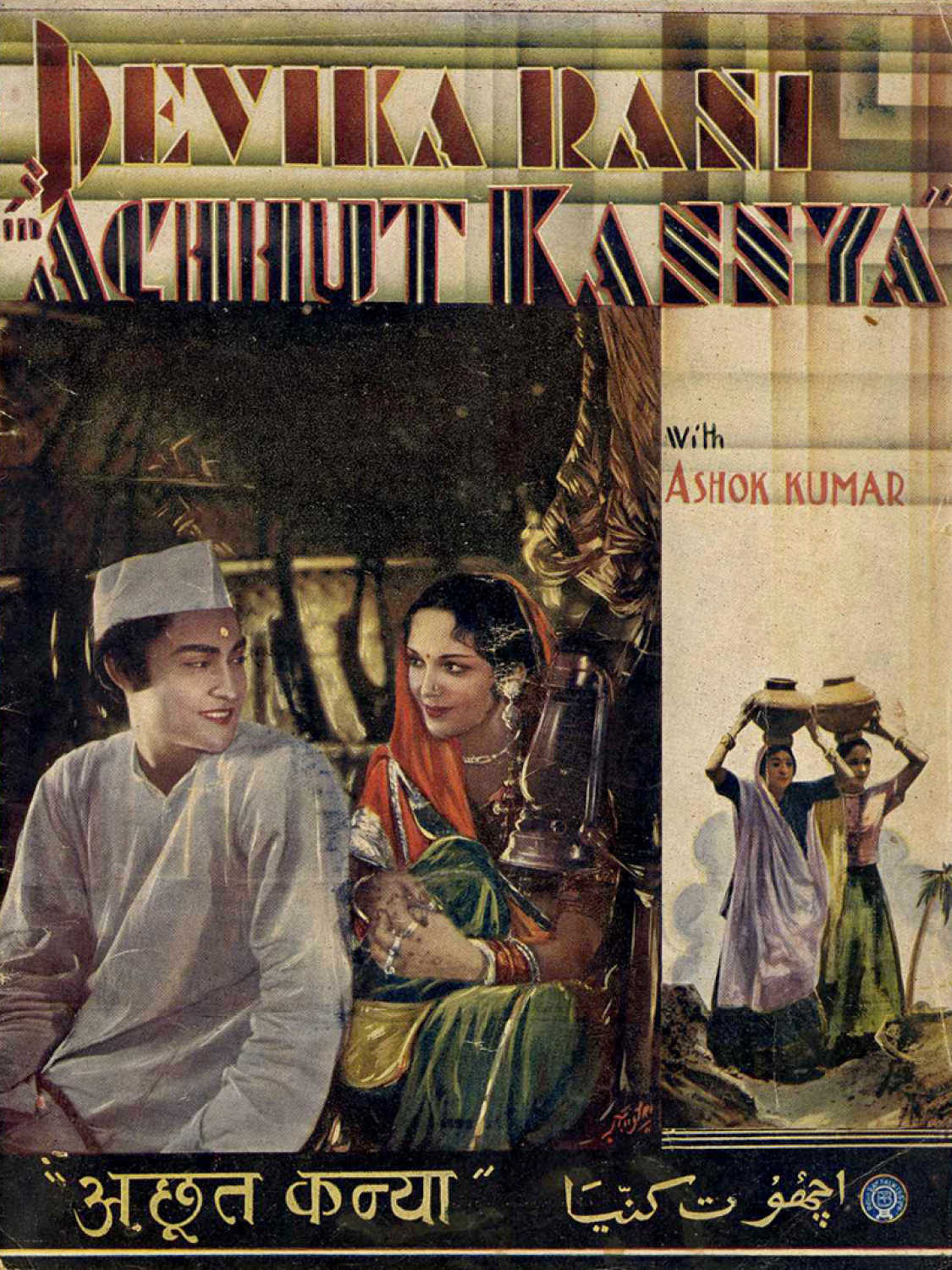 Following the success of the film by Franz Osten, Ashok Kumar and Devika Rani were often paired up in films like the patriotic Janmabhoomi (1936), love story Izzat (1937) and mythological Savitri (1937). Anjaan (1941) was their last film together onscreen.

She was the first recipient of the Dadasaheb Phalke award for her services to the film industry in 1969, and ran the famous Bombay Talkies studio after the death of her husband Himanshu Rai. She wielded more power behind the scenes as producer of the studio’s most successful films and introduced faces like Dilip Kumar to Madhubala to the silver screen.

The well-educated Devika was sent to England for her education at a young age. Her husband Rai insisted she become familiar with a film set and sent her to film sets as training across Germany. When she began her career as an actress, Devika had already assisted the costume, lighting and make-up departments.

More than producing films and stars, Bombay Talkies also trained young Indians to be good technicians in the art of Indian cinema thanks to the German technicians Rai had persuaded to come to India to work. Filmmaker Franz Osten, cinematographer Josef Wirsching and production Carl von Spreti all shaped the early Indian films of the 1930s.

When she took her place as manager of Bombay Talkies, she was well aware of the technicalities of a film and what worked or didn’t work for a feature film. As Cary Sawhney writes in Bollywood's Top 20: Superstars of Indian Cinema, "Devika was actively involved in many aspects of the production process including recruiting musicians, singers and actors for their films as well as taking decisions on costume design and the studio's publicity."

But after taking on the reins of Bombay Talkies, she just as easily left her old glamourous life, selling her shares of the film studio after marrying the Russian painter Svetoslav Roerich in 1945. She was awarded a Padma Shri in 1958 and the Phalke award followed suit a decade later. Devika is one of six women on the illustrious list, the other 43 honorees on the list are men.