AWFF 2019: Sisterhood on display through documentaries Daughters of the Polo God, Roshan and Mani


The two Indian documentaries attempt to understand the character of sisterhood in society and the female bonds that inspire all.

Roshan and Mani is a poignant insight into the lives of two elderly Parsi sisters, Roshan and Mani, and the everyday trials and tribulations of living together as inevitable mortality looms closer than ever. A tender film that combines humour with gravitas, the film is a seamlessly stitched mosaic of casual interactions between the two sisters and the offscreen filmmaker.

Palkhivala presents touching vignettes of the everyday lives of the two protagonists where one sister is gradually losing her grasp on her present, while the other tends to her and the daily chores of the household. “She remembers the past, but nothing of the present,” says the younger about the elder. What comes strikingly through to the audience is the childlike innocence of the elderly as they banter and argue but love each other amidst all the regrets that amass in the twilight of the life lived and the moments forgone. 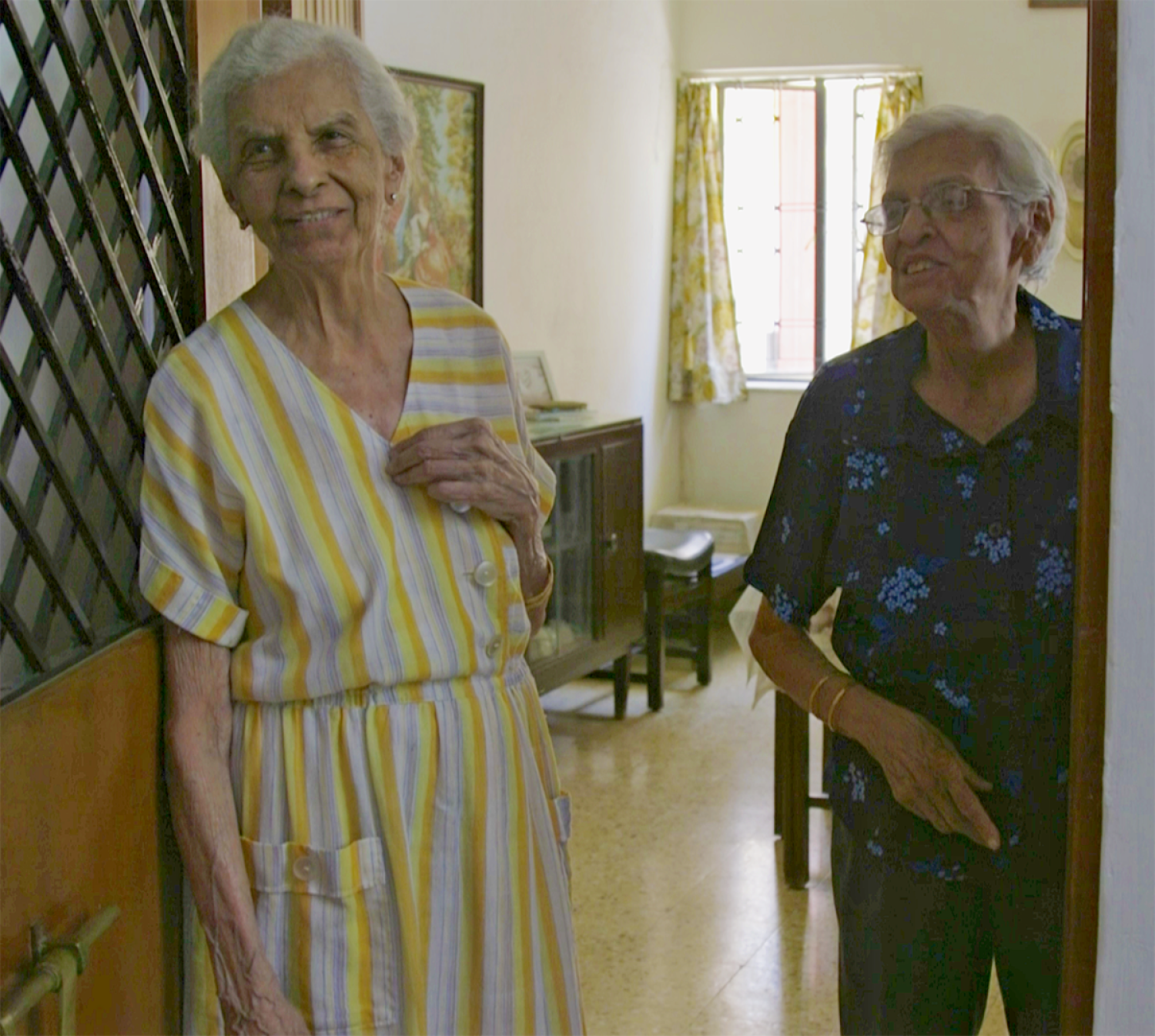 On the other hand, documentary filmmaker Roopa Barua’s Daughters of the Polo God is a beautifully shot and heart-warming narration of young Manipuri women in the state’s polo sport along with the plight of the ponies in the state due to ecological disruptions.

Beginning with a long shot of the breath-taking natural beauty of Manipur and closing with an inspiring and touching long shot of a young Manipuri polo player walking along the serpentine road with her beloved pony, the film follows the episodic journey of female players of the state and the history of polo as it ties with the present.

From the ancient beginnings of polo or Sagol Kangjei (as it is called in Manipuri) as a wartime peace exercise during the Kangleipak kingdom to the current proceedings of the Manipur Horse Riding and Polo Association, the film draws historical, ecological, cultural and social connections between the sport, the ponies and the community of the state.

In fact, the modern version of polo is attributed to have originated in Manipur which also houses the oldest polo ground in the world, The Mapal Kangjebung at Imphal and also a temple dedicated to the polo god, Iboudhou Marjing.

Filmmaker Barua was joined at the screening by Somi Roy, producer of the Huntre! Equine project that works for the conservation of ponies in the state, and Lt Gen Arun Kumar Sahni, vice-president of the India Polo Association. Roy keenly answered questions from the audience about the conservation project and the fate of the ponies in the state today. The revived interest in Manipur in modern polo along with the involvement of women, and collaborations with international teams and polo associations have helped in conserving the rapidly declining population of ponies.

Reflecting on a question about the possible reason behind the heroism of Manipuri women across platforms from the iconic Meira Paibi protest to the will of Iron Sharmila, Barua conjectures, “I think that the Manipuri women are so heroic because of the gender equality in Manipur society which is unlike anywhere else. I also think that the huge sports culture of which women are an important part of also promotes their heroism.” 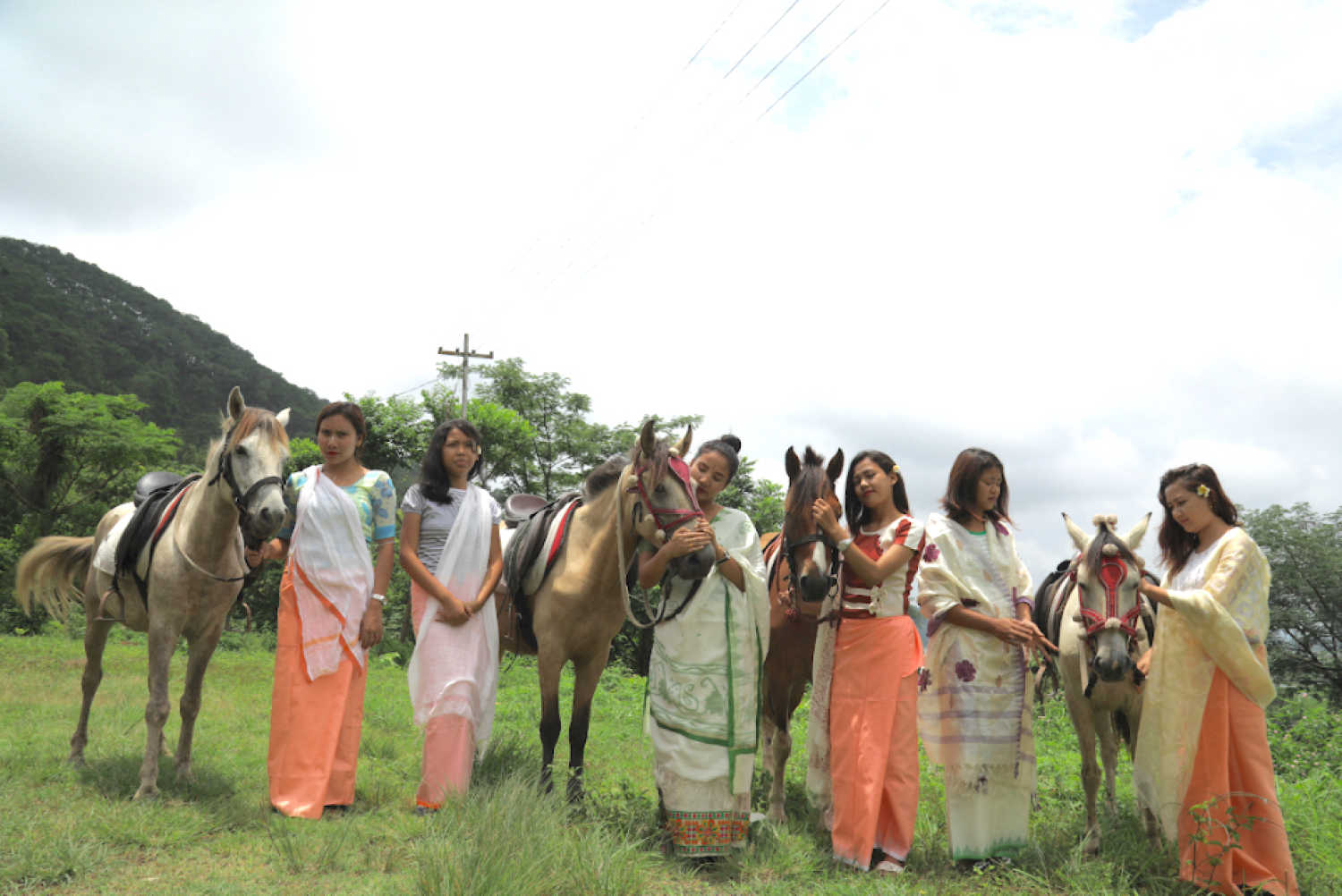 Somi Roy added, “There is no regular heavy industry in Manipur. There are only cottage industries mainly, and the women control these industries. Hence, they control the money so I suppose one can infer that they thus hold an important position in Manipuri society.”

The section of the festival once again harkens back to the theme of the festival for 2019: The Female Gaze. The two documentaries form a curious and eclectic coupling through the lens of an emerging and an established filmmaker — from the personal and private micro-narrative of the elderly sisters to the public and collective narrative of the women polo players, the notion of sisterhood and female bonds emerges as the binding cohesive force for the way for women to move forward in society, uplifting and supporting each other with aid from allies against the belittling hegemony of patriarchy.