A live installation takes audiences to a pre-cinema experience while encouraging them to engage with contemporary gender issues and ways of seeing.

When the Lumiere Brothers first exhibited the first motion picture in 1895, they may not have imagined the ways in which moving images would grip the world. Early cinema saw rapid technological developments that enraptured audiences with the magic of moving images that were being seen for the first time ever.

One of the ways in which the audience could see these early films was the Bioscope — a contraption that included a hand-driven projector with a bulb placed behind the reel that enabled audiences peeping through a fixed lens to watch a cinematic show.

The first Bioscope came to India in 1896 and bioscope shows were started at various theatres, beginning from Calcutta and spreading to other parts of the country. The heyday of the Bioscope was from the late 1890s until World War I. With the coming of newer technology, the bioscopes got pushed away from the cities to rural areas, where people enjoyed the shows at local fairs.

At the ongoing IAWRT Asian Women's Film Festival in New Delhi, the Bioscope has been reimagined to enmesh a technological history with a sociological one, where questions of gender are brought to the fore.

The installation ‘The Bioscopewaali’ poses these questions: What were the initial visuals or narratives that spectators watched? Who was producing them? The Bioscope imaginatively invites spectators to peep in and look at films while contemplating on contemporary issues. 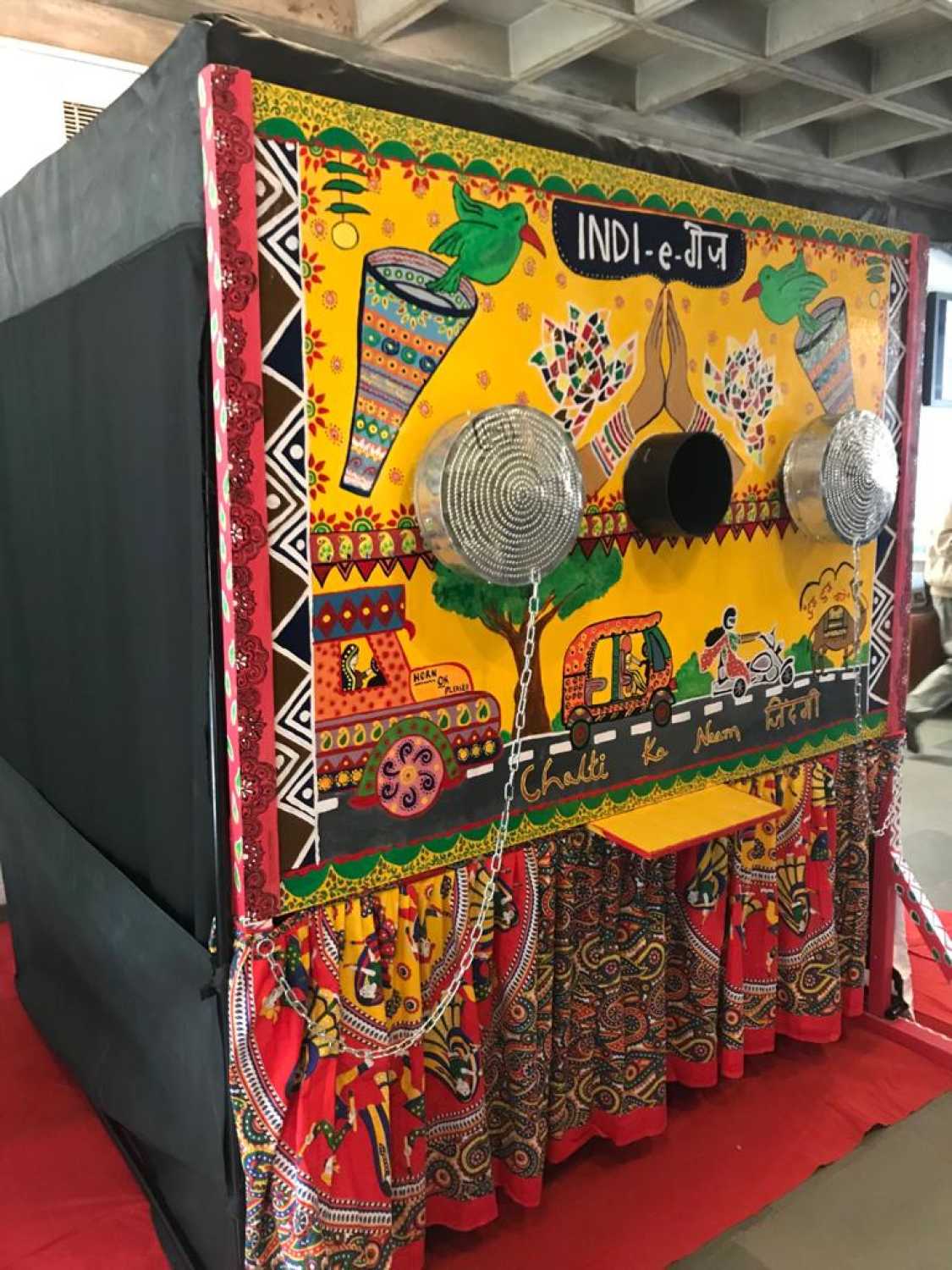 In this Bioscope, 'Indi-e-gaze' explores both the ‘act of seeing’, as well as the ‘peeping into’ as seen in gendered texts. The Bioscope transports one back to a pre-cinema experience while the content one watches by peeping through the lens, is by the female storyteller, referred to as ‘The Bioscopewaali’. The installation has been conceived and executed by the festival director, Dr Gauri D Chakraborty and her student team at Amity University, Noida.

Elucidating the idea behind the installation, Dr Chakraborty says, “I propose to create a physical instrument which will be a new way to educate and influence people on the relevance of images and their meanings. This Bioscope kind of installation which I am titling the 'Indi-e-gaze', will be a new tool to educate on filmmaking. The same Bioscope 'Indi-e-gaze' will be first time exposed in IAWRT film forum as a live installation. It can be used as a pedagogical tool especially for teaching history of cinema, power of the image and the act of 'seeing'. This tool will exhibit the mix of the pre-cinema inventions like optical toys, as well as the new technology with automated display.”

The Bioscopewaali has been conceived as being a prototype and the creators hope that it would lead to something more innovative.