From Deepak Talkies to Matterden Carnival: This cinema hall has witnessed Mumbai change over the decades


The property on which the central Mumbai theatre stands today once belonged to a church.

Among the few single-screen theatres that continue to exist despite the multiplex boom is Deepak Talkies, which has now been rebranded as Matterden Carnival without giving in to the temptation of breaking down the old theatre and replacing it with a new structure.

Deepak aka Matterden still stands proudly between the Lower Parel and Elphinstone Road stations on the Western Railway suburban line in Mumbai.

A good insight into the history of the theatre is given in the dossier Cinema Theatres In Bombay / Mumbai brought out by the city municipal corporation.

The theatre began its journey back in 1926. It might come as a surprise to many, as it certainly did to this writer, that the property then belonged to a church. A landlord named Tokershi Jivraj Shah bought the property and within a year built a movie theatre there.

The theatre was launched with Buster Keaton’s classic The General (1926). It started screening talkies from the 1930s onwards and even became a centre for film premieres.

In the initial years, the theatre had no balcony seating. There were special seats meant only for Britsh patrons and people belonging to royal families.

It was in 1971 that the balcony section was created by Tokershi Jivraj Shah’s son Sahadev Deraj Shah, who had taken over the theatre after his father’s death in 1959. Sahadev Shah was also a member of the Central Board of Film Censors, as it was known then, and secretary of the Cinema Owners and Exhibitors Association.

Deepak also became one of the early theatres in the city to get Dolby digital sound in the 1990s.

But after Sahadev Shah's death in 1998, the cinema hall fell on hard times. By the time Shah died, the cinema business had begun to get fewer footfalls with the rise in cable television penetration and video piracy.

For a while, the theatre management tried to hold the fort by screening 'masala' movies for the frontbenchers. But regular screenings at the theatre were eventually halted some time in the late 2000s.

In 2013, the current owner, Punit Shah, decided to revive the theatre by starting a third-party contract with the Enlighten Film Society. This is when Pranav Ashar of Enlighten came on board and took over the responsibility of running the theatre.

The theatre underwent a makeover in 2014, not just in terms of its ambience but also the content that it was showing. Moving away from Hindi, South Indian, Marathi and Bhojpuri films, it became a hub for a more elite audience, connoisseurs of what is called sensible or meaningful cinema. This was also in keeping with the growing gentrification of the area, once part of Mumbai's textile mill district but now home to multi-crore high-rise dwellings and office spaces.

Ashar told Cinestaan.com that Punit Shah approached Enlighten Film Society because it was already working in the 'world cinema' space. “After a few months we decided to convert it into Matterden @ Deepak.," he said. "The idea was to have a brand which would appeal to the youth. The theatre was to bring in certain kinds of films on a regular basis. I had a brand which had very good energy behind it. I am of the opinion that it’s only the brand’s energy that works more than anything else."

Punit Shah said, “We decided to refurbish the space and make it more habitable to the urban population migrating to our area of Lower Parel. The Marathi, South Indian and Bhojpuri audiences were slowly disappearing and it left us with no choice but to upgrade the space. We did not want to redevelop, so we only refurbished [while] maintaining the vintage aesthetics of the space.”

Of course, the rule in Maharashtra that a movie theatre has to remain a movie theatre and can’t be converted to any another business was also a reason that forced Shah to continue to run his theatre. “It’s a stipulation by the government of Maharashtra that a change of user is not permitted for theatres under the current DC [Development Control] rules," the owner admitted. "Hence we are compelled to run it. Had we had a choice, we might have shut and changed it a long while ago.”

When the place was re-inaugurated, people were shown a glimpse of the early history of the place. “We inaugurated Matterden in 2014 with the first film that was ever screened here in 1926, which was The General. So, it was like life coming full circle. In the initial weeks we played that again,” said Ashar.

Enlighten thought of ramping up the place. They brought in other partners and had events like the Cineplay Festival and French Film Nights. They also had various filmmakers launch their films there. Not just that, they worked with various foreign missions, like the Iranian, French and Italian consulates to set up film screenings.

A special event for the completion of 30 years of Qayamat Se Qayamat Tak (1988) was held there last year. The event, which was attended by Aamir Khan, Juhi Chawla, director Mansoor Khan and several others associated with the film, had made a lot of heads turn then.

“It takes a lot of hard work and restraint," said Ashar. "We have to say no to a lot of proposals that don’t suit us or meet our standards or the quality we are looking at or if it is diluting the brand in some way.”

He added that they maintain a fine balance of content by having regular film releases as well. “This is how the place is sustained and the economics works. We are very aware of it. Even as an audience, I would like to see the next blockbuster in the theatre. If would not be nice if we had a holier-than-thou attitude. That’s not our style,” he said.

Asked about future plans, he said, “There are some plans focused on content and how we can generate more engagement with the audience. Whatever we do does impact the cinematic landscape of this city.”

A lot of the architecture at Deepak aka Matterden, however, has been retained. Ashar was very clear about it. “The architecture being so beautiful, you don’t want to tamper with it. How can you make this more beautiful?” he wondered.

There has been a huge shift in the audience base at the place. “We now attract the who’s who from the industry as well as connoisseurs of cinema," Ashar said. "It was the most important part for us to build on the legacy which Enlighten created for a certain kind of cultural landscape for the city. We try to go through what comes most naturally to us. It is definitely the energy of the brand that is working here.”

Not just the theatre, but also the entire area around it has gone through a makeover over the past couple of decades. In the olden days of Bombay, the area was packed with textile mills and most of the residents were either mill workers or people belonging to the lower strata of society.

But the mills are long gone, replaced by plush offices, luxurious skyscrapers and flashy restaurants and entertainment outlets. Naturally, the audience in the area has also changed dramatically.

“If you look at the buildings around, these were all mills earlier," said Ashar. "The demographic of the area has changed quite a bit. I think it’s a natural progression. I don’t think it is kind of a sudden change because the world has changed.” 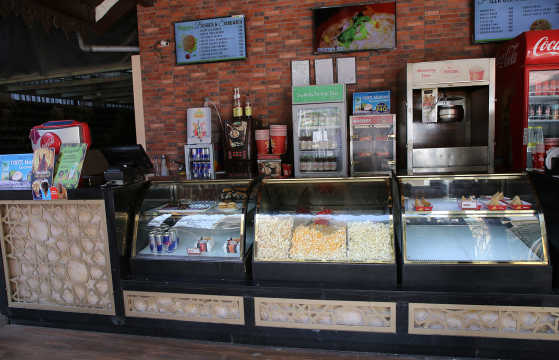