As an actor, you have to be willing to be versatile: Mouni Roy


In a media interaction, the actress spoke of her proud association with television, her role in Romeo Akbar Walter and the secrecy surrounding the Brahmastra trilogy.

Mouni Roy, who made her Hindi film debut last year with Gold (2018), has been busy with work since it released. The actress will next be seen in Romeo Akbar Walter, directed by Robby Grewal, which she is promoting, and later this year she will be seen in the comedy Made In China with Rajkummar Rao, and Brahmastra, the first of the fantasy adventure series starring Ranbir Kapoor, Alia Bhatt and Amitabh Bachchan.

Roy told Cinestaan.com and a small group of journalists assembled for the film’s promotions that her schedule now is a bit more flexible than television and she gets to enjoy a holiday now and then. The actress spoke about her switch to films from television, her character in Romeo Akbar Walter and working with big stars in Brahmastra.

“If anybody met me, I was very happy in television also,” she began. “It was a great space and I was doing the best work. Every show, the best of choreographies I would get to do. I’m happy now because [after] 10 years of doing TV, I’ve made a transition and I feel slightly accepted.”

The actress recalled how she received the Romeo Akbar Walter part in the month right after she landed Gold (2018), starring Akshay Kumar. Incidentally, she had been thinking of returning to a starring role on television when more offers poured in.

“In fact, it was very funny, in the first month I got Gold and then I was thinking I will do Naagin 3, then I got Brahmastra. I [thought] it’s negative, I’ll still do Naagin 3 and then I got RAW. In the meantime, Made In China also happened. I was like this is a sign. This window doesn’t happen,” Roy said of her roles in films.

She went to say that, for her, television is home. “It didn’t make sense for me to leave it, and then do one thing and then come back, if I wasn’t ready to make the transition,” she clarified.

So far, in the trailers and promos of the film, not much has been shared on Roy’s character. John Abraham plays Rehmatulla Ali, an ordinary Indian who goes to Pakistan as a spy.

“It’s a good role and integral to the story. She’s Romeo’s love interest, she works in a bank, and [she’s] very simple. What happens, how it happens and then how the story kind of moves forward is something you have to go to the theatre and watch,” she teased.

Roy revealed that when she heard the narrations for both Gold and Romeo Akbar Walter she was sold on the part within the first 20 minutes. She didn’t believe that the length of the screen time would affect her choices.

“[If] it’s just a frivolous role which has no importance to the plot of the film, then why would [you] do it? But if it’s relevant and if the part is smaller, it doesn’t really matter so much because you have the scope to make that impact on the audience. It depends on you and the director and how they present you up there,” she said. 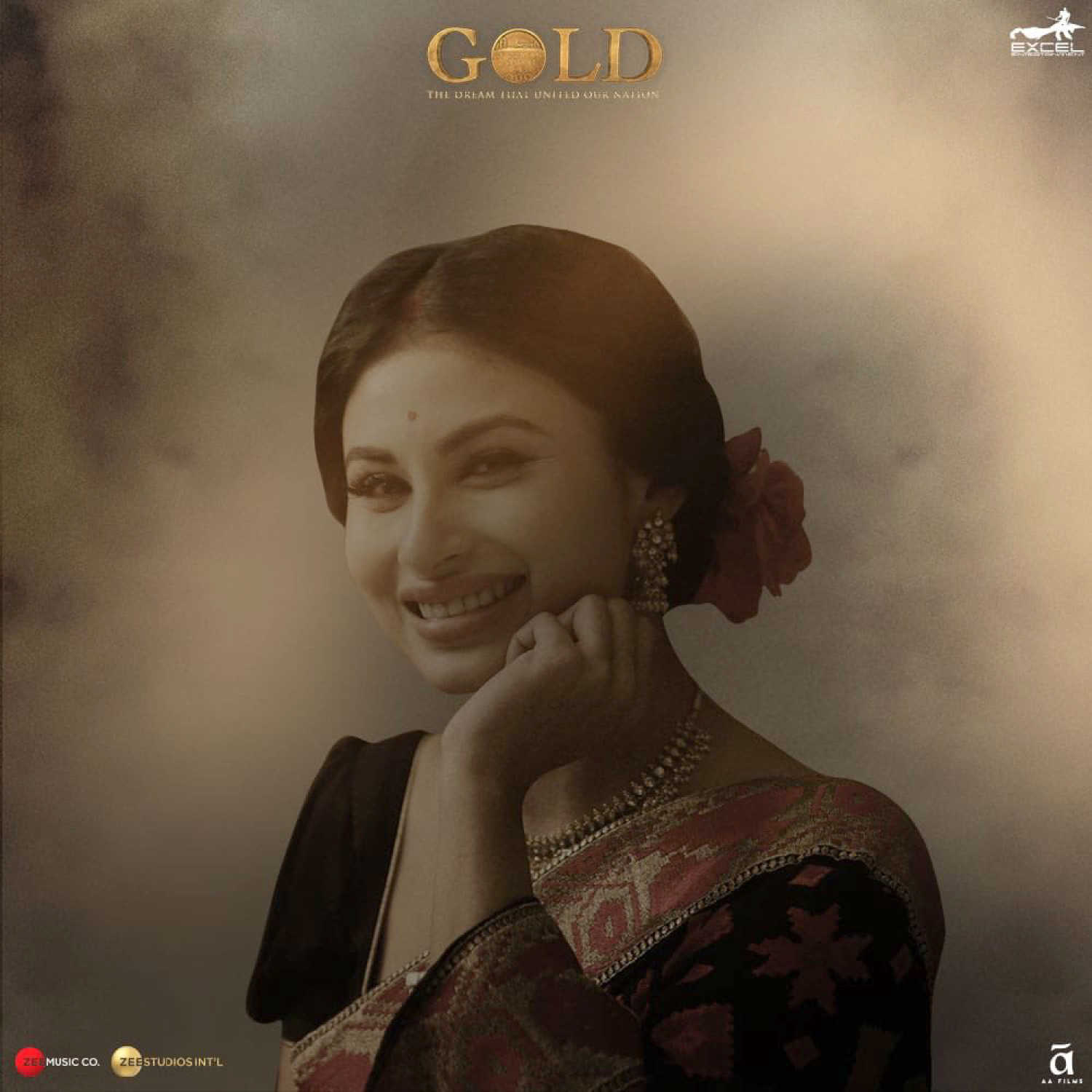 Furthermore, the actress who is from Cooch Behar, West Bengal said she only felt blessed about her acting journey.

“Cooch Behar and Delhi and Bombay feels like different lifetimes which is why when people talk about any kind of criticism or negativity or anything, all I feel is thankful. I’m so blessed with my family and my friends, and with the work that I have been given. I can be nervous about a particular choreography or one scene or two, or working with somebody, but I feel really excited to be on set. That is something very few people have in their lives.”

As the talk turned to the 2019 Christmas release Brahmastra, the actress was tight-lipped about her part in the trilogy.

“I’m only allowed to say that I’m playing the main villain. I can’t reveal anything about the film,” she stressed.

What she did say was that she was surprised to be cast for the film.

“You never know what clicks with what and what you end up doing. But as an actor, you have to be willing to be versatile, willing to experiment, otherwise you won’t learn and grow,” she said.

When asked about her big co-stars in the film, she shared, “My life is fulfilled. That’s what I can say about working with Mr [Amitabh] Bachchan. Ranbir [Kapoor], Alia [Bhatt] are sweethearts. They’ve been so generous with their help in the character that I’m playing. They’re all such big stars. You feel scared walking onto a set like that and when you feel comfortable and welcome, you realise that with success and talent like theirs, they have their humility and they are accepting of people from outside.”

Roy also felt the same about her Romeo Akbar Walter co-star John, who she felt was quite like her Gold (2018) co-star Akshay Kumar

“In fact, John and Akshay sir have a lot of similarities. They’re anyways great friends. But with John sir, you still have that ‘angry young man’ kind of image, but you realize that he is so funny and makes it so comfortable for everyone. With all these big stars, I’ve really realised why they are where they are today because they are so disciplined and they give so much to the roles that they are playing and focus so much on their work that you end up learning all of that from them.”

Besides Brahmastra, Roy will also star in the August release, Made In China, where she plays a Gujarati housewife. The comedy is produced by Dinesh Vijan. Earlier this month, it was announced that Roy would star opposite Nawazuddin Siddiqui in Bole Chudiyan (2019), directed by his brother Shamas Nawab Siddiqui.

“The only thing I can say is this girl is very fiery. She drives tractors and dances. It’s a full Hindi film heroine. I was waiting for something like that,” she said of her character.

Romeo Akbar Walter, which also stars Jackie Shroff, Sikander Kher, and Suchitra Krishnamoorthi, is due to be released in theatres on 5 April.