Anuradha Mukherjee: There is a lot of pressure to be a woman


Actress Anuradha Mukherjee speaks about her upcoming Bengali film Sweater and how she related to her character Sree.

In Shieladitya Moulik’s Sweater, Tuku (Ishaa Saha) takes up knitting to impress her prospective and possibly future mother-in-law. The coming-of-age story tells a tale of two sisters, diametrically opposite but close nevertheless.

We chatted with Anuradha Mukherjee on telephone during a break in filming about her part in the upcoming Bengali film.

Mukherjee joined the project a year ago and she knew both the producers and the director of Sweater.

“The producers are good friends of mine. I have known them for past six years," she said. "I had done a short film, Ludo, with [Shieladitya Moulik]. I was comfortable with both of them and they came on board [for Sweater] at the same time. It was such a woman-centric story, which is very rare, and when they told me there is a character like this, who is very rebellious and individualistic, we thought about you, they told me.”

Mukherjee did not hesitate to say yes to the story, as roles for women are written only rarely in films, she felt.

“It is a very different story. Moulik had earlier made Mrs Scooter (2015) with Anjali Patil. If you look at that and Ludo, he makes those kind of stories in which women are the lead characters, so working with him is a fabulous experience. I tell him, as an actor, that you understand women well,” the actress said.

The family film tackles the unfair pressures heaped on women to marry well and explores that through a simple middle-class family and their two daughters.

“Sweater is about the rules in society,” she explained. “First of all, there is a lot of pressure to be a woman [and] to get married. If a family has two daughters, the father has more pressure on him in that if one daughter knows everything and the other doesn’t, the more well-rounded daughter, whom I play in the film, is more pampered.”

Saha plays Tuku, who isn’t as accomplished as her younger sister, but a prospective suitor’s family demands that their future daughter-in-law know knitting. Tuku takes it upon herself to learn and, in the process, changes how she views herself.

“This is the kind of weird thinking in society that is shown through Sweater and hopefully we change it. The four main women of Sweater, they are all individual and powerful characters. My character’s name is Sree and she has been seeing since childhood and how hard their parents are on her about why [Tuku] doesn’t know everything. She becomes a support system and a voice for her.” 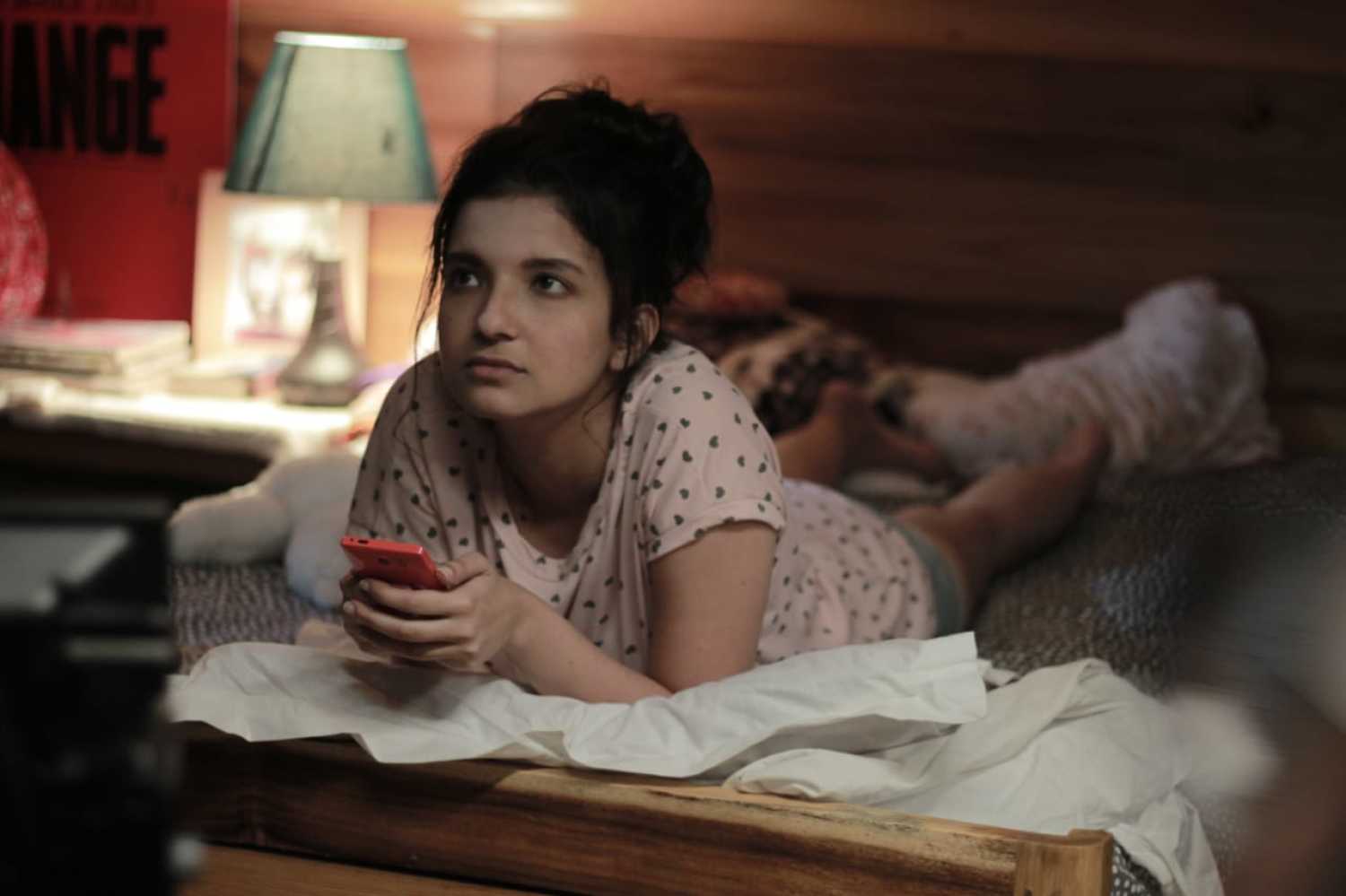 Mukherjee, who was raised in a similar way, was able to understand Sree’s frustrations and her individualistic methods of thinking. She described the film as a journey of two sisters and hoped that audiences would connect with the film which she felt is relevant in today’s society.

Besides Sweater, the actress will be seen in Halahal, starring Sachin Khedekar and Barun Sobti. The film is written and produced by Zeishan Quadri. The digital film will be streaming in a few months on Eros Now.

Sweater, produced by PSS Entertainments and Pramod Films, is due to be released on 29 March.