On his 24th death anniversary (he died on 17 March 1996), we look back at five of his most memorable performances in his illustrious career spanning over four decades.

One of the finest actors of Bengali cinema, Anil Chatterjee is remembered for his equally seamless performances in both leading and character roles.

A true artiste, Chatterjee began his career as an actor under the direction of Utpal Dutt in his theatre group. Groomed by the finest thespian, Chatterjee went on to do films by all the great directors of Bengali cinema, including Satyajit Ray, Ritwik Ghatak, Mrinal Sen, Tapan Sinha, Asit Sen and many others. The actor’s versatility also brought him roles from Hindi films and television series.

Chatterjee made his debut with Ghatak’s Nagarik in 1952; however, the film released after the legendary director’s death in 1977. Chatterjee first came to be noticed with Pinaki Mukherjee’s Jog Biyog in 1953 and since then, he did not have to look back as he earned the faith of all the stalwarts of Bengali cinema and got the opportunity to exhibit his diverse acting prowess.

On his 24th death anniversary (he died on 17 March 1996), we look back at five of his most memorable performances in his illustrious career spanning over four decades.

Anil Chatterjee played Shankar, the brother of Neeta (Supriya Devi) in the heart-wrenching Partition tale by Ritwick Ghatak. Chatterjee not only portrayed the nuances of an aspiring classical vocalist with finesse, but also brought out the single-minded and apparently selfish side of his character with aplomb.

Shankar lives in his own bubble and is hardly aware of his sister’s incessant struggles to support her family. His awareness awakens when he accomplishes his dream and earns enough money to support his family, only to realise that his sister is on the verge of death. Chatterjee etches the gradual transformation in his character as Shankar appears to be the sole member in his family to understand the humane agency of Neeta with compassion when the rest only take her for granted as the sole bread earner of the family.

In his act, Chatterjee was positive and equally helplessly emotional to face the sorry state of his dear sister, who sacrificed her own aspirations so that he could build his career.

Anil Chatterjee gave one of his finest performances in Postmaster – the first segment of Ray’s compilation of three stories Teen Kanya in 1961. He played the character of a music lover Nandalal, who lands with a job of a postmaster in a deserted forest far away from his bustling city. In the forest, he is taken care of by an orphaned child Ratan, with who he grows an admirable bonding.

Chatterjee organically brought alive the transformation in Nandalal from his initial restlessness in the stark loneliness of the forest to developing genuine affection for the child. He breathed life into his character as Nandalal starts finding an unexplored joy by imparting knowledge to the village girl.

Though, Chatterjee himself called his co-star child actress Chandana Banerjee as a prodigy and he learnt a lot from her natural act, Chatterjee’s naturalistic depiction of his character remains in the heart forever.

Anil Chatterjee delivered one of his most acclaimed performances in Satyajit Ray’s Mahangar, which is also considered to be Ray’s first tryst with the city. His act, representative of the declining urbane scenario also earned him recognition at the Berlin Film Festival and Acapulco Film Festival, Mexico in 1964. The actor played Subrata, who along with his entire family moves to the Calcutta from the village and soon it becomes imperative for his wife, played by Madhabi Mukherjee, to take up a job to support her family.

Chatterjee subtly enacted the dilemma in Subrata for allowing his wife to go out and work. His constant struggle to choose between his ego as the sole provider of his family and helplessness at the financial crisis hits hard. Chatterjee’s depiction of Subrata’s gradual insecurity in finding his wife prosper in her work field and eventually ending up admiring his wife’s courage and values makes the entire journey of his character extremely relatable and felt.

The film by Tapan Sinha not only made history with the National Award for the Best Actress to be shared by four actresses, but also received the Silver Peacock 2nd Best Film in the International Film Festival of India and also the Audience Award at the Sydney Film Festival.

The film explored the taboos associated to widows with an experimental approach in terms of its content and cinematic composition. In the film, Anil Chatterjee played a writer, who gets acquainted with a group of four widows in the train compartment on his way to Puri.

While the widows are making a journey to console their niece who has just suffered a break-up, Chatterjee’s character develops an interesting connection with them, while observing these widows. The actor portrayed the character’s intrigue and gradual bonding with the widows with a minimalistic approach. He also magnified the contribution the male character had in those females, who had their relationships severed from their husbands and as a result, were living a victimised life to live up to society’s norms. 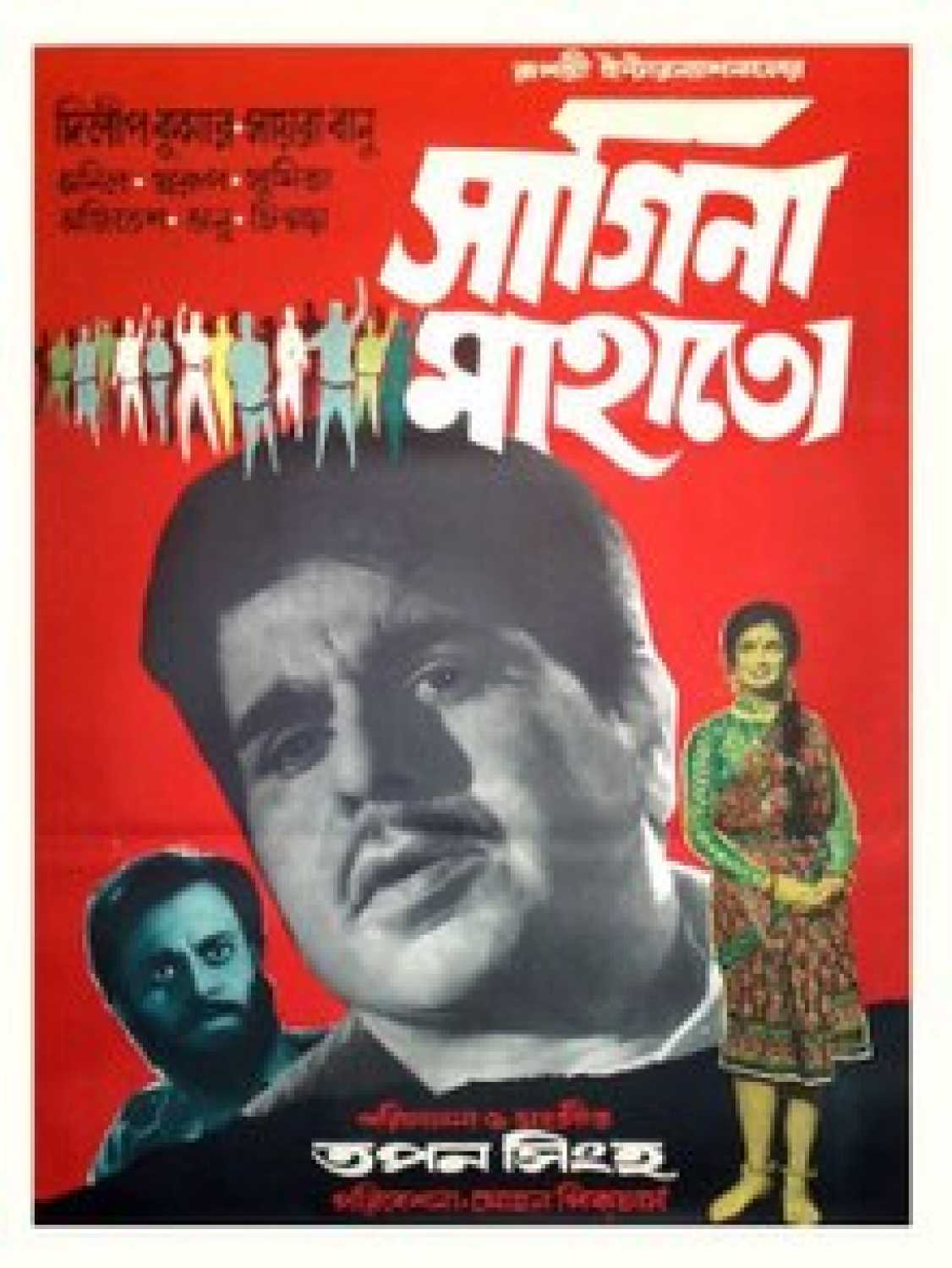 In the National Award-winning film by Tapan Sinha, Anil Chatterjee was seen in a negative avatar in which he again proved himself to be a flawless performer.

The actor played a corrupt communist party leader Aniruddha, who joins his hands with the ruthless capitalist manager of the tea garden to remain in power. Chatterjee brings alive the shrewdness of his character as he ropes in the protagonist – the simple, yet passionate and radical Sagina (Dilip Kumar) in his plan to move him away from his way so that he can win the elections. It requires a special ability to portray a suave negative character, whose tactics are fine and cerebral. Chatterjee brought those nuances with his dedication and getting into the skin of the character, revealing the evil face of corruption with a realistic act.