Akshay Kumar on what changed for his career after Hera Pheri


The actor made a strong pitch for his upcoming period film, Kesari, saying that parents should show the film to their children for its historical value.

Playing a Sikh is always special for a Punjabi man. Akshay Kumar, who was born as Rajiv Bhatia, has twice played a Sardar before. First in Anees Bazmee’s Singh is Kinng (2008) and later in Prabhu Deva’s Singh is Bliing (2015). These films were romantic comedies.

Come the festival of Holi, Akshay will be seen as a true blue Sabat Surat Sikh in director Anurag Singh’s period film Kesari. Akshay says his mother was pleased to see him in this hirsuite, traditional Sikh look.

The film is based on the 1897 Battle of Saragarhi in which 21 brave Sikh soldiers of the British Indian army fought against 10,000 Afghan invaders. Akshay called Kesari as one of many such stories that most Indians were not aware of. He doesn’t call it difficult, but says Kesari came with its own challenges. During a group interview, Akshay also recalled the time when he didn’t like going to work.

What fascinated you about the character?

We get attracted to the fact that Hollywood made 300 (2016) which is actually a fictitious story. It's not a fact. 300 men facing 8,000 Persians. Here [Kesari] is a story which is true. 21 Sardars facing 10,000 Afghan invaders. Now, who will not get fascinated with the story which is so strong?

You google and write five biggest battles fought, at number two is Saragarhi. And we haven't made a single film on it. Not many people know about it. I too had the basic knowledge that 21 Sikhs fought against 10,000 Afghan invaders, but as I went into it, I found out so many things about it.

My director [Anurag Singh] is the writer of the film. He told me about these 21 men, what exactly happened it is unbelievable that these people had the chance to run away and forget about their country, but they didn't do it. They knew they are going to die, I consider myself lucky to have done such a film. I would plead to parents to show this film to their children. They need to know what their people, ancestors had done for this country. I have dedicated this film to all the martyrs of the world.

When we talk of films likes Kesari, it's basically stories of Indians who fought under the British command. Growing up we never read about these stories in school textbooks. Why is that?

Yeah, that's because it is not there in history books. Great Britain celebrates Saragarhi Day on 12 September. We should celebrate it too.

Is it that the people in power (post Independence) felt that his story needn’t be put out in the public domain?

I don’t know much about that. I haven’t gone deep into that history. All I’ll say is better later than never. Most of us didn’t even know about Airlift (2016). When I read the script, I googled and I could only find one article about that story. Today, there are so many articles on the Airlift story. I hope after this film, there will be a lot of articles about the Battle of Saragarhi.

Was this role was difficult for you?

The kind of terrain where we shot, that was difficult. We shot in Spiti district (of Himachal Pradesh). There’s not enough oxygen up there. It takes you three days to get acclimatised to it. If there is retake then you need to take a 10-minute break to catch up on your breath. Plus, the turban that I wore was around 1kg. The sword weighed around 1.5kg. The real heroes fought with a sword that weighed 20kg. Back then, those Sikhs consumed real ghee, today people have real steroids.

You were getting typecast in the past, but isn’t it stunts that give you a real high? Is that the reason why you keep coming back to action?

As an actor how difficult is it to keep reinventing yourself? 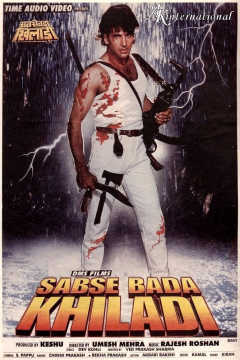 It is not difficult, it is fun. I am changing my image because I am enjoying it, not because it is difficult or because I have to prove something. I don’t have to prove anything to anyone. I just have to enjoy myself. It is great to enact different characters all the time.

In the past, I have been scarred. When I started my career, I was only doing action films and nobody would give me any other role. I was stuck with that. It broke up with Hera Pheri (2000), and I will never forget those days. I used to take the lift from the house to go down to my car. I used to look in the mirror and feel embarrassed thinking, ah just another day where the director would ask me to do two kicks, that stunt. Then the change happened with Hera Pheri. It’s been 12 years now where I have had many chances to change my image.

Kesari is releasing at a time when the nationalist sentiments are running high. What do you think Kesari will be for the audience?

I don’t know about all that. I didn’t plan to release around this time. It is purely coincidental. To think that whether this [environment] will help the business of the film, would be shallow thinking. All I know is that we have made a very honest film.

There have been rumours that you had requested Salman Khan to give you a Eid date for Sooryanvanshi release in 2020. Is it true?

You said in a recent interview that you are looking at doing action for just another 5-6 years. What happens after that?

The body can only take so much. Now I’m 51. I think I can do [action] until 56. After that, God knows. If I can maintain myself more then I will continue, otherwise, there are many other things to do in life.