There is a lot of hope in Hamid, says director Aijaz Khan

Aijaz Khan’s Hamid (2019), which had its world premiere at the 20th Mumbai Film Festival 2018, has travelled across the world before finding its way to theatres today (15 March). The film was screened at the Tallinn Black Nights Film Festival in Estonia, and the Malta India Film Festival in 2018, and earlier this year at Palm Springs International Film Festival in the US.

Khan spoke to us via telephone about the positive response the film received on the festival circuit.

“Most of the foreign [audience], like in America, didn’t know what the problem was, but still they could connect with the film. The good part was that they say it could happen anywhere, if you see the Bosnian issue or if you see Palestine, something like this can happen anywhere and that’s how they were relating to the film, in spite of not knowing the Kashmir issue,” he explained.

Hamid was originally due to be released on 1 March, but after the Pulwama terrorist attack on 14 February, producers Yoodlee Films, decided to delay the film out of respect for the martyrs. Last week, they announced the film’s release. 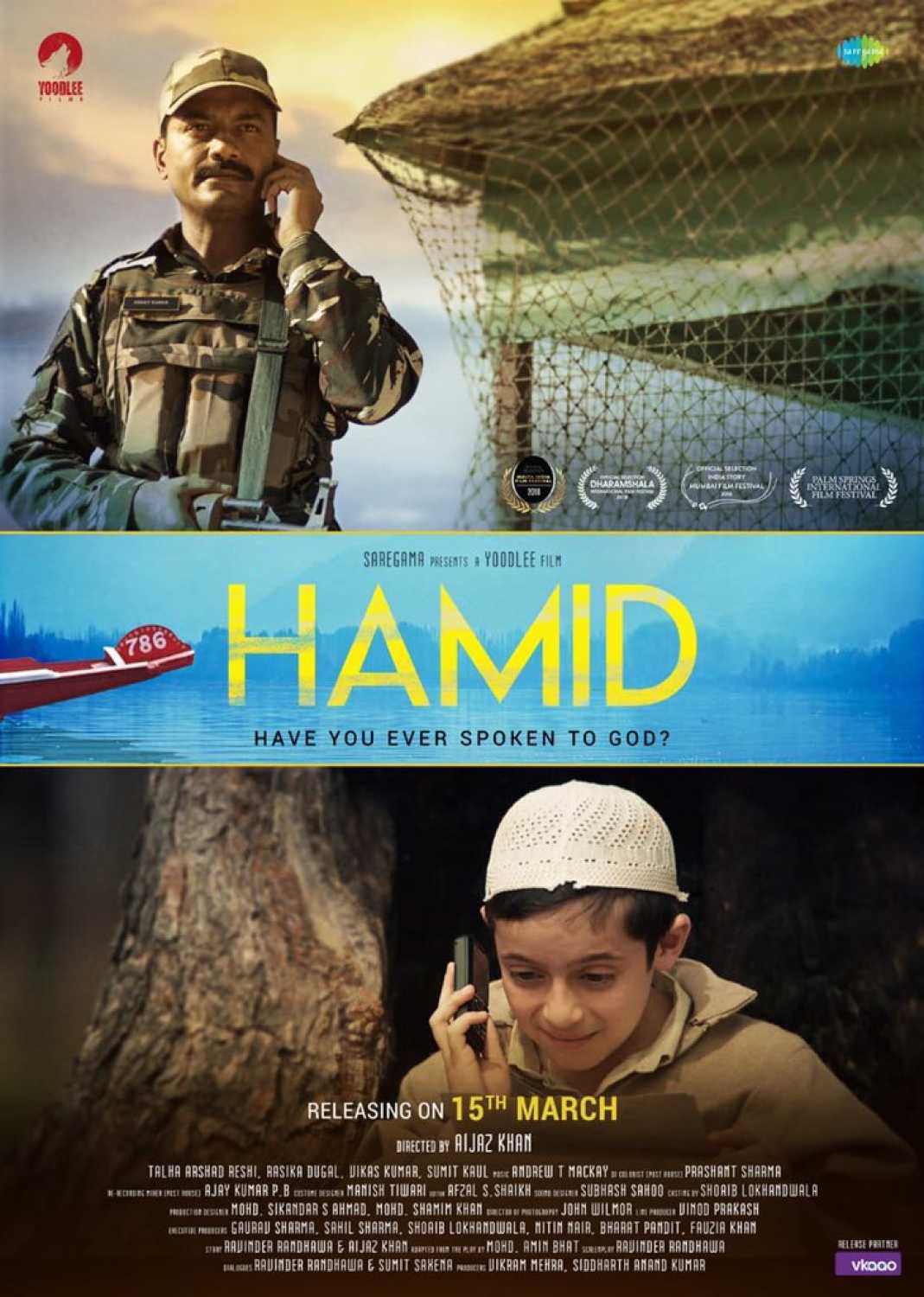 The filmmaker was inspired to make the film after hearing about a line in a play by Mohd Amin Bhat. But Khan clarifies that he hasn’t seen the play, only galvanized by the line about a little boy wondering about the numbers 786.

“[The film] is just that one line and how this little Kashmiri boy, whose father is missing, dials 786 and how it connects to a CRPF [Central Reserve Police Force] jawan. Earlier it was a Pandit. [We] changed that to CRPF jawan. In that play, apparently, so I’m told there is such thing as a Pandit or a CRPF. It is just that he starts dialling and he thinks he’s speaking to God, but there is no one on that side. It’s completely different,” he shared.

Even though the film finished shooting in 2017 and was completed in 2018, the cast, including Rasika Dugal, Sumit Kaul and Vikas Kumar, and crew have maintained their bond from the sets and are reuniting during the film’s current promotions.

The producers and Khan are still keen on their original plan to screen the film in Kashmir.

“I’m sure my producers would want to do that, but we are just waiting for things to mellow down there,” Khan said.