Akshay Kumar is expected to begin work on the film once he wraps up Good News for Dharma Productions.

He is one star who does the most films every year. Once he wraps up the Dharma Productions project Good News, Akshay Kumar is likely to begin work on a horror comedy in April.

Speaking to reporters, Akshay Kumar was asked whether he is doing a horror comedy that is a remake of a Southern film. The actor said, "Yes, I’ll be doing it.”

The film in question is choreographer, director, actor Raghava Lawrence’s 2011 Tamil comedy Muni 2: Kanchana. Raghava Lawrence himself played the leading role in the film. Kanchana was the second film in the Muni franchise. 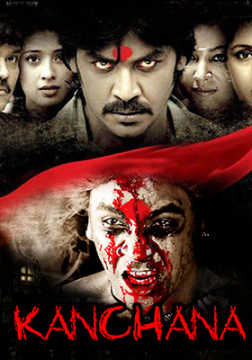 That story revolved around the life of a man who fears ghosts so much that he doesn’t step out after dark. He is then haunted by the ghost of a transgender who is seeking revenge.

The Hindi remake will be produced by Tusshar Kapoor and Shabina Khan. The film is expected to be released in 2020.

According to a report on the website Daily.Bhaskar.com in 2013, both Sanjay Leela Bhansali and Sohail Khan were rumoured to be vying for the rights of the film. However, Sohail Khan had denied buying the rights. The actor had seen the film and contemplated a remake but nothing happened thereafter.

Akshay Kumar returns to the horror comedy genre after a gap of 12 years. His last horror comedy was Bhool Bhulaiyaa (2007), which was a remake of the Mohanlal-starrer Malayalam film Manichitrathazh (1993).