Ridham Janve on The Gold-Laden Sheep & Sacred Mountain: The mountain has everything to offer


The filmmaker spoke to us about his first feature film, shooting in Himachal Pradesh and learning to be fluid in every moment during filming.

A herd of sheep, a mysterious mountain, and a wise shepherd. All these elements come together beautifully in filmmaker Ridham Janve’s first feature, The Gold-Laden Sheep & Sacred Mountain, which premiered last year at the 20th Mumbai Film Festival. Since then, the film has been screened in the competition section at the International Film Festival Rotterdam this year.

We spoke to the director about the film’s serendipitous journey, tying up with National Film Development Corporation (NDFC), and casting his lead actor.

The independent film was born, where else, but in the mountains, where Janve and his co-producer Akshay Singh would trek often. After making friends with the Gaddi people and observing their lives, an idea emerged for The Gold-Laden Sheep & Sacred Mountain.

“[It came] from all these different chats we had with Gaddi people, and it took us quite a long time to pen it down. Soon, we were in our initial stages of pre-production, raising funds and finding ways to [make] the production smooth. We were basically raising funds from friends and well-wishers who trusted in us,” Janve shared.

But the hardest thing for the team was shooting in the difficult terrains of the mountains.

“There were no studios and since our locations were two days away from the nearest village, we had to be equipped with everything we would need for the shoot. We had to remind ourselves always was that no matter how many plans you can make, when you’re there, the biggest plan will be made by nature itself. You can’t work against it.”

We wanted to create an experience: Ridham Janve on his debut feature The Gold-Laden Sheep & The Sacred Mountain

There where bad days where production was halted due to incessant rains and because the cameras were solar powered, the batteries wouldn’t be charged on a cloudy day.

“You will wait for the sun to come so that the batteries will be charged then you have to ration your shots,” he remembered. “We can’t go and take retakes and shoot a lot of stuff. But in retrospect, I feel it was all like an advantage. You go fully equipped, then you reduce the chances of magic taking place when you are constructing the scene.”

Being far away from civilization, the crew had to labour a lot for each shot and often faced technical difficulties. Janve said it helped him learn to be patient and plan a production in which everything is fluid and can change anything at any moment.

However, before the filming of The Gold-Laden Sheep & The Sacred Mountain was to begin, the film was without its lead character, that of the wise old shepherd. How they landed Arjun Singh was completely serendipitous.

The team was deep into pre-production and the only way to audition the shepherds who could play the part was to visit them on the mountainside where they lived.

“This is during that time of the year when all the shepherds are at higher pastures [where] it’s completely all wilderness. There is nobody around and [they] live a day’s distance from each other. It was really difficult to reach and contact them; there is obviously no network.”

But the filmmaker knew that if they made it past these testing times, things would be alright. For him, it was a test of pure patience and his commitment to the project. Eventually, on one trek with two other people, he found himself at a lake on the top of a mountain.

“It’s a really special place and there’s absolute silence there. And that air was something I cannot explain to you and the three of us are just sitting there. We see this one little figure, a small dot, really far away, coming or going, you don’t know. You just see a movement and these guys point towards him and we see this person. We knew that this is the same man we were thinking to meet. He’s coming towards us with two of his dogs and he comes to me and we sit, we chat, not even knowing who are we and he told me that, whatever you’re here for, I was waiting for you. So imagine that a moment like that happens, then you know it that this film has to happen! Then I didn’t even interview or audition him. I told him the idea of the story and he told me 'yes'.”

That is how Arjun Singh was cast as shepherd in the film. The old man had survived a lightning strike at his camp where 51 sheep from his herd died, and the rock that he was sitting on split into two. Yet he survived to go on to do more things with his life, including being cast in Janve’s film. 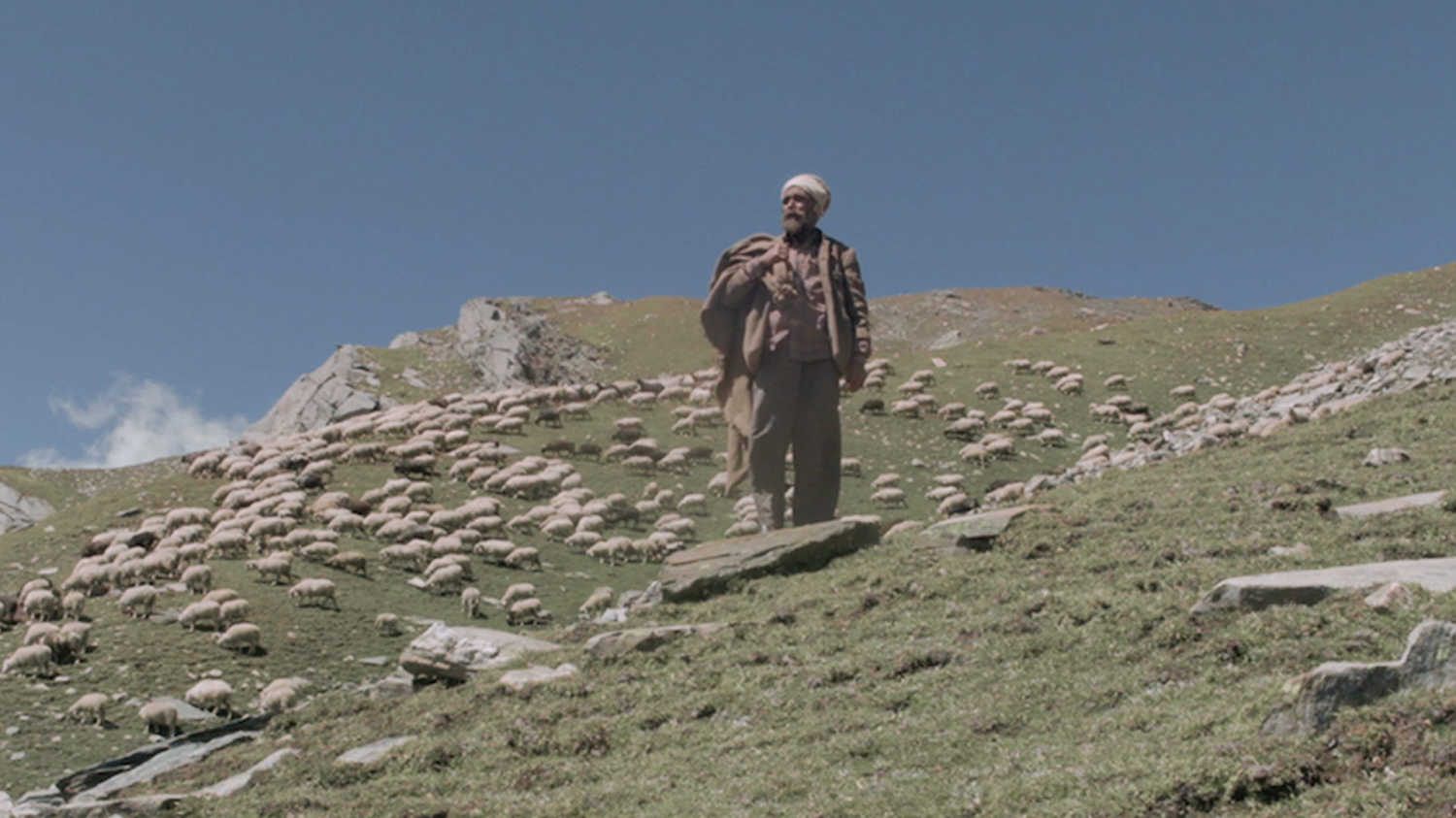 The independent film is unlike any other Indian film we’ve seen before and Janve admits there were viewers who sometimes thought they were watching a documentary.

“The narrative is such that you know that this is not a documentary. This is definitely a fictional film,” he explained. “Arjun Singh had the capability and through the film form we could easily navigate through the two lines and just confuse the people. You have to establish the fiction in a really fresh and specific light so that you can see the hyperreal in its context.”

The hyperreal in The Gold-Laden Sheep & The Sacred Mountain is enhanced by Saurabh Monga’s silent, but ever-observing cinematography and Jered Sorkin’s haunting score. The composer was a friend of producer-writer Akshay Singh from college and he arrived in India from London to record the music.

“We met a lot of folk musicians, and we recorded lots of small samples. He took [them] back to London and created music. It was a difficult process to arrive at what satisfies all of us. More than us, it’s not that, when you’re making a film, it also has its own ego. It’s not just your own personal choices, the film tells you, okay this is the music which is the best of all what you find. He’s done a tremendous job to put these ideas together and create that atmospheric music we have in the film.”

At the Mumbai Film Festival, Janve said he was nervous but “overwhelmed” by the first response to the film.

“Some people told me that they thought the film could have been 15 minutes longer and they would have loved it even more. But I was really happy with the response we got there, with audiences and people said some good things about the film and after that we got an award also, it was itself very rewarding,” the filmmaker said of its Silver Gateway of India award win.

With its international premiere at Rotterdam, the film is making its way around the world.

“Rotterdam is exactly the festival which shows these kinds of films and unlike the other big festivals, these ones are not just ‘how big is your film?’, they are like ‘how big is your thought?’ kind of festival. The films they choose are really special ones,” Janve said.

He is also grateful to NFDC for taking on the film and joining as co-producers. “We have grown up watching NFDC films so to be with your film’s national body and be recognized by them, has been really encouraging for all of us,” he shared. 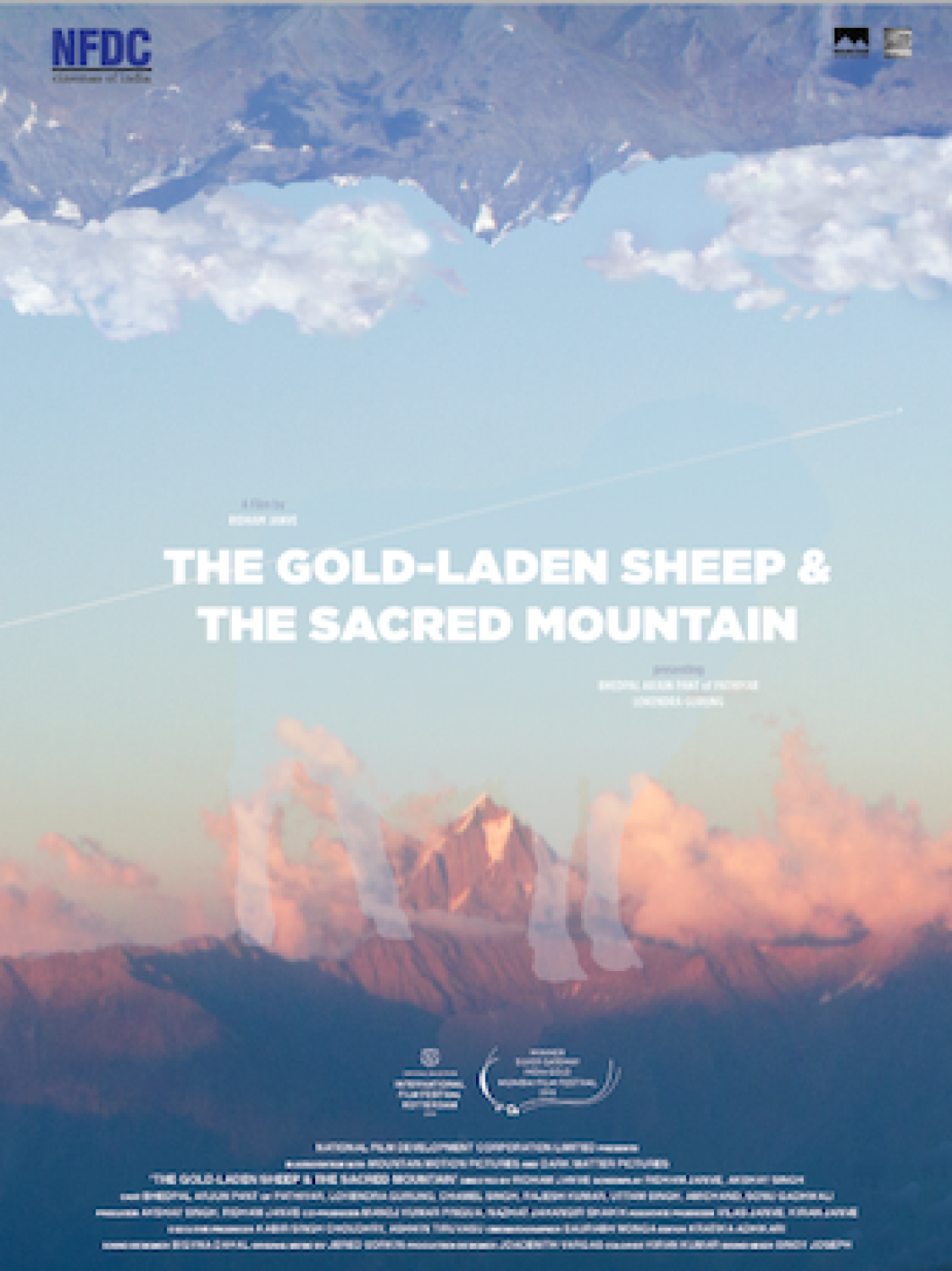 Janve hopes the film gets a chance for a theatrical release, so that those who might not usually get a chance to view it, can eventually see it.

“There are a lot of people like this now who want to watch some new. That is the idea of cinema, beyond the entertainment medium, it’s also this idea of a completely different experience.”

But like the mountain, he hopes that they are all take away something different from the viewing.

“The mountain has everything to offer,” he pointed out. “But if you don’t want anything than it can’t give you anything. It’s up to you what you want to take away from it. These are also the themes which the film is about. It’s not really giving you something, it’s taking you through an experience and you can take your own things from it.”