We have only studied the Manmohan Desai book of filmmaking: Farhad Samji


Farhad Samji, one half of the writer-director duo Sajid-Farhad, speaks about their admiration for the filmmaker on the 25th anniversary of Manmohan Desai's death.

Over the past five decades, Hindi cinema has undergone a series of changes in terms of content, style and presentation. Every era brings with it new topics and new ways of telling stories catering to a new generation.

However, the larger-than-life commercial entertainer never seems to go completely out of style, no matter how many unconventional films get appreciated and even achieve success at the box office.

Last year, films with less known actors and strong storylines proved winners at the box office. Yet, that did not prevent a film like Simmba (2018) roaring at the ticket window.

The best known flag-bearer of the massy entertainer in Hindi cinema remains, arguably, Manmohan Desai. Son of filmmaker Kikubhai Desai, Manmohan Desai started off as an assistant to Babubhai Mistri in the late 1950s and went on to become a hitmaker with films like Sachaa Jhutha (1970), Raampur Ka Lakshman (1972) and Roti (1974), to name a few.

A good number of the current crop of filmmakers in Hindi cinema like Rohit Shetty, Sajid-Farhad, Farah Khan and Milap Zaveri have tried to continue with Manmohan Desai’s brand of cinema, with varying degrees of success.

On Desai’s 25th death anniversary today — the filmmaker died when he fell from the balcony of his home in Girgaum, central Mumbai, on 1 March 1994 in an accident that has never been fully explained — Farhad Samji, one half of the writer-director duo Sajid-Farhad, shares his and his brother's love for and admiration of the late filmmaker.

For the duo, Desai’s most popular film of the 1970s, Amar Akbar Anthony, is sacred. “When people are asked about their favourite film, they generally say Sholay (1975), Hum Aapke Hain Koun..! (1994), Lagaan (2001), etc,” said Farhad Samji. “For us Amar Akbar Anthony is like the Bible. It had comedy, action, a lost-and-found saga, emotional appeal, everything! People have history and geography books in school. We only had Manmohan Desai's book.”

Amar Akbar Anthony told the story of three brothers Amar (Vinod Khanna), Akbar (Rishi Kapoor) and Anthony (Bachchan) who are separated in childhood and reunited with one another and their mother (Nirupa Roy) and father (Pran) later in life after a lot of ups and downs, action and coincidences.

Farhad Samji said he couldn't care less if people today laugh at the well-known scene in which the three brothers donate blood directly from their arms to their mother, whom they haven't recognized at that point, in the film. “People come to the theatres to de-stress themselves," he said. "Manmohan Desai was the doctor of that era who used to treat people with his laughter and entertainment therapy.”

His admiration for the filmmaker increased after he got to know more about him from his son Ketan Desai about 10 years ago for a film that did not materialize. “That was like a guiding factor for me,” said the writer-director.

Samji also recalled how filmmaker David Dhawan had always been an admirer of Desai, with whom he shared a healthy association. “Davidji said that when he was signed [for a film] for the first time, he had gone to meet Manmohanji. He made [his sons] Varun and Rohit meet him. Through Davidji I came to know that he [Desai] was so clear with his vision. He was always clear what he wanted to do in his films.”

Rishi Kapoor was appreciated for his act as Akbar Ilahabadi in Amar Akbar Anthony. He told Farhad Samji about his casting for the film while shooting for Housefull 2 (2012), which was written by the Samji brothers. “Rishiji said he received a call from Manmohanji who said, ‘You are doing Amar Akbar Anthony and you are playing Akbar.’ Rishiji just said ‘Yes.’ That’s it! Actors had such faith and trust in him.”

Samji added that Amitabh Bachchan has always maintained that it was Manmohan Desai who made him a commercial superstar.

In one of his old interviews, Desai had revealed that he follows a formula of adding some hook or song every few minutes so that the audience stays glued to the story. Samji acknowledged this but said he does not agree with the term ‘formula’ in this case. “Formula is a technical term," he argued. "It was in his [Desai's] blood. After every five to seven minutes you feel the urge to do something. We have also tried to learn that and are striving towards it.”

Not surprisingly, Rohit Shetty, too, has been an ardent admirer of Manmohan Desai and his techniques. There was at least one clear instance of it in his latest film Simmba, on which Farhad and Sajid were among the writers.

“There is a point when Ranveer [Singh] has a walk after the court scene," Farhad Samji explained. "Without music, the walk appeared a bit long. A few of us pointed this out. But Rohit sir said that after the court scene, the public will need some time to applaud. If you saw the film in Gaiety and Chandan [popular single-screen theatres in Mumbai], it worked and the walk actually appeared short!” 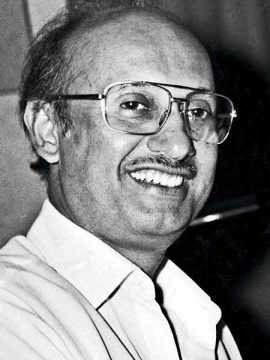 You might be taken aback to know that in his entire career of over three decades, Manmohan Desai did not win a single Filmfare award and, in fact, was nominated for Best Director just once, for Amar Akbar Anthony. Samji rued the fact that such films hardly get nominated for awards, leave alone win one, despite entertaining audiences and achieving box-office success.

“We have written around 40 films, of which many have grossed Rs100 crore," the writer-director said. "But till date we have been nominated only for Singham. Even today when we ask someone their favourite film, the answer tilts towards the niche films. It does feel bad because a lot of hard work goes into making those big commercial films as well.”