Pictures from the sets in Chandigarh, Punjab surfaced on social media on Wednesday, 5 June, much to the excitement of Suriya’s fans who are now certain that the film will feature action of international standards.

Actor Suriya and filmmaker Sudha Kongara have joined hands for the first time for upcoming Tamil drama Soorarai Pottru, a film on the life of captain Gopinath, the founder of India’s first budget airline, Air Deccan.

The latest update is that international action choreographer Greg Powell, who has worked on films such as The Bourne Ultimatum (2007) and Skyfall (2012), has been roped in for the project. Powell has already joined the sets in Chandigarh, Punjab where the team is shooting the first schedule.

Pictures from the sets surfaced on social media on Wednesday, 5 June, much to the excitement of Suriya’s fans who are now certain that the film will feature action of international standards. 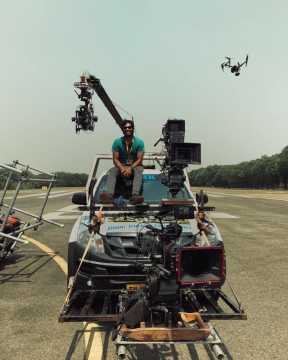 Malayalam actress Aparna Balamurali, last seen on screen in Rajiv Menon’s Sarvam Thaalamayam (2019), has been finalised as the leading lady. The rest of the cast is yet to be revealed.

Well-known producer Guneet Monga, who recently won the Academy Award for short film Period. End of Sentence. (2018), will be foraying into Tamil market with this project. She’s co-producing the project with Suriya’s production house 2D Entertainment.

GV Prakash Kumar has already been signed to compose music. Prakash had recently revealed that he has already completed composing songs for the film, which will be simultaneously shot and released in Telugu. 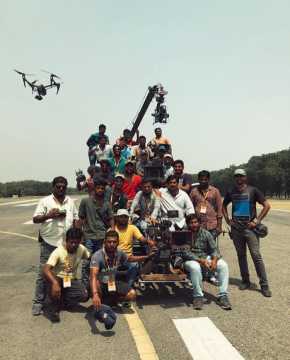 Last seen on screen playing a farmer-turned-politician in NGK (2019), Suriya also has a project with director Siva of Veeram (2014) and Viswasam (2019) fame in his kitty.

Selvaraghavan-directed NGK, which released amid very high expectations, failed to meet the hype as it opened to very mixed reviews, despite registering strong opening day numbers.