On actor-filmmaker Sunil Dutt’s 90th birth anniversary today, we look at his first meeting with Nargis, the star who later became his wife.

Before Sunil Dutt, born Balraj Dutt, joined the Hindi film industry, he used to work as a radio announcer for Radio Ceylon, in which capacity he would often interview film stars. The head of the radio station at the time, a Mr Chandran, had liked the young man’s voice and personality and hired him for the job on the spot.

Soon enough, the big man with the affable personality was interviewing top film stars from Dilip Kumar to Dev Anand to Suraiya. His first interview was with Nimmi, but it was another popular actress who gave him a hard time for an interview even before they had ever met. 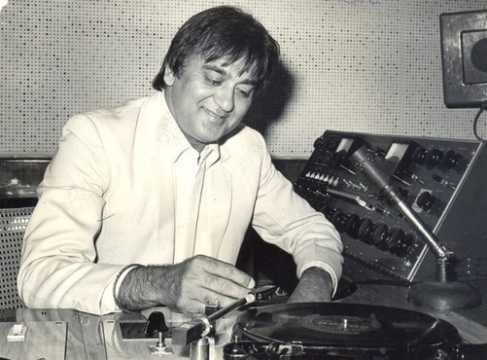 In the book, The Legends of Bollywood, by Raaj Grover, the author, who worked closely with the Dutts, recalled Sunil’s first meeting with the actress, already a top star in Hindi cinema. First, the interview was rescheduled for the day after as she had to shoot for a film.

The next day, when Dutt arrived at 9:45 am for a 10 am interview, he was kept waiting. Afterwards he was told that ‘madam’ was unwell and sleeping, and the door was unceremoniously shut in his face.

A dejected Dutt, who was staying at a friend's house and was left with time to kill until the evening, went to watch a film, Awara (1951), starring Raj Kapoor and Nargis, at Eros cinema outside Churchgate station instead.

In a few days, when Mr Chandran asked him to go back for the interview, Dutt refused. His boss pleaded with him and Dutt really had no choice.

Grover wrote, “Balraj reached madam’s house a little before time and was surprised to see her ready for the interview. She addressed Balraj as aap, apologized for the earlier fiasco and asked the servant to bring some tea for him.”

“Balraj said, ‘It is my good fortunate that I am sitting in front of you having tea. Now that you have touched it, what is the need for sugar?’ It seemed as if this one line shredded the veil of formality between them.”

The actress was, of course, Nargis, and while everyone knows about the two Mother India (1957) co-stars and their marriage after an on-set fire, not much is known about their first meeting. Dutt and Nargis grew close while shooting for the Mehboob Khan film and the actor proposed not long after.