Thackeray, head of Cinemantra Production, general secretary of the MNS and president of the Maharashtra Navnirman Chitrapat Sena, speaks about her film projects, including the Marathi-Kannada bilingual Rajasthan Diaries, and her journey so far.

Shalini Thackeray has had an interesting life so far. She was born in a Punjabi family in Uttar Pradesh. After marrying Jeetendra Thackeray, cousin of Maharashtra Navnirman Sena chief Raj, she joined the party and is today its general secretary. She also heads the Maharashtra Navnirman Chitrapat Sena, a film industry union.

Apart from all this, Thackeray heads Cinemantra Production. The banner’s first film, Lai Bhaari (2014), an experiment in Marathi cinema starring Riteish Deshmukh, became a superhit. She then backed the unconventional, serious drama Love Sonia (2018). Cinemantra's next projects include Monsoon Football and Rajasthan Diaries. The second one, interestingly, is a bilingual in Marathi and Kannada.

Thackeray spoke about these films, her vision for the banner, and her journey so far, in an exclusive conversation with Cinestaan.com. Excerpts:

What is the main aim of your production house?

Our focus is definitely regional. But that doesn’t mean we won’t do any film in Hindi or any other language. Cinemantra was set up for Marathi films. Our first film was Lai Bhaari. We experimented by making an action film with rich production values, which wasn’t seen in Marathi. So, in a sense we were the first to do it. 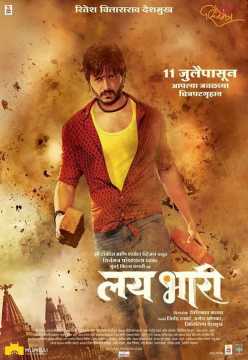 We thought the Marathi audience will like such a film. We were criticized for going the typical Hindi film route, but the audience accepted it, which was more important. As that film became successful, we thought of venturing into different areas. So we did theatre and television serials.

One big step we took after Lai Bhaari was that we started Samraaj Talkies and decided to do the P&A (prints and advertising) and distribution of Love Sonia (2018). Though it was in Hindi, the backdrop was Marathi. We thought of creating Samraaj Talkies because Marathi films with good content lag behind because of [lack of proper] marketing. The avenues are few. Zee and Viacom [are there], but there is a limit to the number of films taken by them. Around 300 Marathi films get made every year.

What is your film Rajasthan Diaries about? What was the reason to make it as a Marathi-Kannada bilingual?

We feel Marathi films do well even in Bangalore and areas on the Maharashtra-Karnataka border. So, we decided to make it into a Marathi-Kannada bilingual. The sensibilities of the Kannada market are similar to the Marathi market.

It is a travel-based young love story. We were wondering if the backdrop should be Karnataka or Maharashtra. We then decided to base it in Rajasthan. Everybody loves the backdrop of Rajasthan, which both Marathi and Kannada audiences have never seen [in their movies].

And what was the reason for handing out the responsibility to a relatively new filmmaker, Nandita Yadav?

Nandita Yadav is a National award-winning director. She has made one Kannada film before. She was working with Zee all these years. Her vision for this film was the kind which Cinemantra wanted to experiment with. We have done films with action and drama, so now we wanted to do a love story.

We have got two fresh faces — Sumukha and Manvita Kamath. Sumukha is a new face in both Kannada and Marathi. Manvita is known in Kannada films but she is a new face in Marathi. The best part is that both artistes as well as the director speak both languages.

The film is based on the question they [homemakers] are always asked: so what do you do the whole day? It shows that we take housewives for granted. Housewives deserve their space, they work 24 hours and get no breaks. So, they form a football team as an outlet for their space.

You produced a commercial caper like Lai Bhaari. Then you backed an unconventional and serious subject like Love Sonia. What exactly do you look into before saying yes to a film? Is it box office or content?

It has to be a balance. If you think only about content which hardly anyone comes to watch, then there is no point. So, it has to be the type of content we are convinced about which we know people will line up to see. For Lai Bhaari, we were convinced from the first day that people will accept and come for it. It had all the masala. 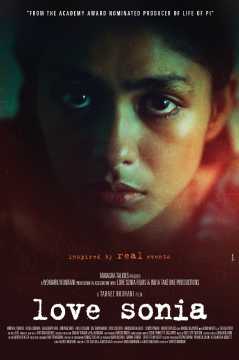 Love Sonia was an experiment for us, but we were very convinced about the content. We knew that even if the film doesn’t do well at the box office it will be accepted on other platforms. Today we have big online platforms. The film is playing on Hotstar currently. So, ultimately people are watching it.

Coming to OTT platforms, are you thinking of making any web-series?

Yes, we are already working on it and our shoot for our web-series will start soon. We have two web-series in Marathi and Hindi.

What is your take on the current scenario in Marathi cinema?

If we look overall, the Hindi industry is also going through a transition. Big films with big banners aren’t doing well even if they have stars. Everything is [based] on content.

The plus point with Marathi cinema is that it already has the content. The situation is the reverse here. We have fewer [star] faces. By watching the same faces, the Marathi audience is bored. That’s why sometimes people think they will watch the film when it comes on TV or some OTT platform.

So, I think both industries are going through a transition, which at the end of it will be very beneficial for them.

Quite a few people from the industry are of the opinion that the government should not provide subsidies for making films. What is your take?

I think the government is thinking of providing subsidies to those who are in need; those who wish to make a film but have no resources. Such a decision is expected to be taken. It will be beneficial for the industry in the long run.

To make a movie just because you have a subsidy is not a good sign for the industry. People then compromise on the production values and content by making the film in only that much amount. Then if people don’t turn up to watch, it would be like wasting the money.

You are general secretary of the MNS, head of the MNS’s cine workers' wing, and director of Cinemantra. These are quite a few roles simultaneously.

I think to make a difference, I basically look at all roles. Today if I am general secretary of the MNS, I get a platform to take up woman-related issues and make a difference. Similarly, as head of the Chitrapat Sena, I ensured that Marathi people got work and justice, which they weren’t getting earlier. Now as a director of Cinemantra I have the same point of view, that we should bring new type of content, which others aren’t able to.

You might feel Lai Bhaari wasn’t new in terms of content, but it was something new for the Marathi industry. The other projects I am undertaking are also from the same thought of bringing something new. So the bottom line is to bring about a change and I feel all these roles are connected.

You were born in UP. Then you got married and came to Maharashtra, where you have taken up various roles for a regional party here. How has the journey been so far?

I feel very fortunate that at every step I have been able to grow in some way. Not everybody gets those challenges, which they can accept and grow as a person. UP was where I was born but what I am today in all these years is because of this state, Maharashtra. Nobody wants to forget their roots and I would give credit to the family I was born into. But what I am today is because of this state.

What is your take on the number of political biopics being made now?

I think biopics have been accepted by the audience. They like watching something that has happened in history on the big screen like a true story. I think keeping that in mind politicians are also trying to tell their stories, which I don’t have a problem with. I think certain stories should be told if they have had that kind of a journey. My only problem with political biopics is that they are coming at the time of elections. They should think about the model code of conduct.

Would you ever like to make a political film?

Yes, I would definitely want to make a film with a political background. I still haven’t found a subject I am convinced about. I think political films of today’s times take extreme stands. Either the politicians are very dirty or they are way too good. I would definitely like to do a political film into which a lot of study goes and which shows the real picture of a character. In Cinemantra, script is the most important aspect.