The Hindi film star was in China for the premiere of Kaabil (2017).

Hindi film star Hrithik Roshan had an incredible experience meeting international cinema icon Jackie Chan in China, where he said his soon-to-be-released film Super 30 (2019) is about the "triumph of spirit".

"Meeting Jackie Chan was a revelation at so many levels. Incredible experience. Inspired," Hrithik posted on Instagram along with photographs with the action and comedy star.

In one photograph, Hrithik is seen holding on to a book and in another picture, the two stars posed with panda soft toys.

The Hindi actor was in China for the premiere of his film Kaabil (2017). 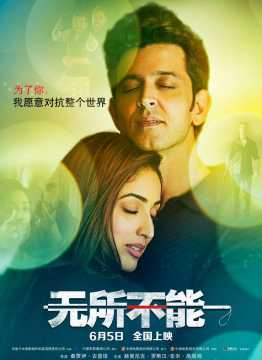 He also spoke about his forthcoming film Super 30, set for release on 12 July.

"Super 30 (2019) is about the triumph of spirit, about empowering the children and telling them that they are allowed to dream big. You can dream about the impossible. You don't worry about how crazy it is, but you dream. You don't stop yourself. It is a true story of one man who makes his dreams come true through education," he said.

The film is based on the life of mathematician Anand Kumar, who trains a group of children for IIT-JEE exams in Bihar.

On his arrival in the Chinese capital, Hrithik Roshan was welcomed by excited fans who stood with his posters and placards. He clicked pictures with them and signed autographs.