Book excerpt: Sanjay Dutt and his landmark films of the 1990s


Author Ram Kamal Mukherjee's Sanjay Dutt: One Man, Many Lives discusses the important films that made an impact on the actor’s career during the 1990s.

Sanjay Dutt turns 60 today (the actor was born on 29 July 1959). Dutt, son of stars Nargis and Sunil Dutt, made his cinema debut with Rocky (1981). He has led an incredible life, bouncing back from personal troubles and even imprisonment to come back to the big screen.

In the 1990s, Sanjay Dutt had a number of buzzy roles, all of which kept him in conversation as the leading man of the times, despite his run-ins with the law. The most famous of these was Subhash Ghai’s Khal Nayak (1993), which took advantage of his ‘criminal’ image.

In a new book, Sanjay Dutt: One Man, Many Lives by Ram Kamal Mukherjee, published by Rupa Publications, the author details how these films left an impact on Sanjay’s career. An excerpt follows: 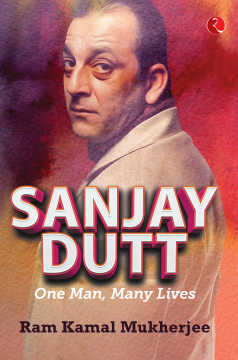 We all know about how Subhash Ghai's Hero (1983) launched the career of Jackie Shroff. But the fact that it could also have been a career-defining role for Sanjay Dutt is rarely discussed. In retrospect, it was a role that had Sanjay Dutt written all over it. And Shroff rose to the challenge, styling himself like a cleaner version of the drug-addled star-son — the same wild hair, dreamy eyes, rakish charm and a swag that seemed oh-so-charming.

Dutt lost out on Hero (1983) thanks to his antics during the shoot of Vidhaata (1982). But Ghai made up for the miss, and how. Providence and canny marketing came together when, ten years later, Ghai created Khal Nayak (1993) for Dutt. In several interviews, he spoke of how the boy with the golden heart was actually misunderstood and how a little bit of tender loving care (read Madhuri Dixit) could have actually reined him in.

Made in the thick of the arms possession controversy, Sanjay Dutt's Khal Nayak was a nudge and wink to reality. As a roguish Dutt sang to the camera, 'Nayak nahin, khalnayak hoon main [I'm not the hero, I'm the villain],' the audiences erupted. All across the country giant cutouts of the 'Khalnayak' were festooned and worshipped. Baba was the guru of the masses, who began to sport his long hairstyle and mimicked his peculiar body movements from the film. It helped to have another raunchy number in the mix ('Choli Ke Peeche') and there was enough juicy controversy to drive the film to its box office goals.

Khal Nayak was released in the same year as Sahibaan (1993), where he was a prince in sumptuous clothes. What a contrast.

Mahesh Bhatt once said — and rightly so — that there is perhaps no other actor who cares so little about looking good in a movie. Khal Nayak was perhaps one such film where the actor willingly donned the grease paint — quite literally. His scruffy look and the wild hair covering half his face, his piercing gaze and the peculiar grin, were completely over the top and completely Bollywood. The character Ballu's trajectory — from a young boy to a hardened criminal who rekindles his inner humanity thanks to Ganga — resonated with the audiences at that most appropriate moment. Ballu was Baba. Baba was Ballu. And Ghai was not complaining.

A year later, when Sanjay Gupta's Aatish (1994) was released, Dutt was seen toting machine-guns. Even though the shadow of the court case was very much looming over him, he showed off his muscle power in the film that is best remembered for launching Gupta's trademark genre of guns and guys. If it was politically incorrect, it did not matter. Dutt looked at home in the role and the film went on to be a success.

The late 1990s saw Sanjay Dutt star in a string of forgettable films until, in 1999, Vaastav more than made up for the misadventures. His portrayal of a young man drawn into the underworld was stunning. Mahesh Manjrekar's directorial debut was celebrated for its dialogues and screenplay, and the film enjoys a cult status today. Sanjay Dutt was nominated for the Filmfare Best Actor award for the fourth time in his then eighteen-year-old film career and finally won it. The role is unanimously regarded by critics as being one of Indian cinema's most memorable and most quoted on-screen characters.

Once again, Sanjay Dutt's character Raghubir teased his own past. Not only was the character supposedly inspired by Chhota Rajan, someone he allegedly knew only too well, the scene where his mother pulls the trigger on her rogue son and then cradles him in her arms reminded audiences of a similar scene in Mother India (1957) featuring his parents Nargis and Sunil Dutt.

In several interviews, Sanjay Dutt spoke of the final scene as one of his best. It was shot in two takes. Two cameras were used — one inside the house and one outside. He also spoke of how he was hugely inspired by Al Pacino's performance in Scarface (1983) and felt that he wanted to bring it alive in his own way in Bollywood. With a stellar supporting cast picked from Marathi theatre, the film was on solid ground and was the much-needed 'comeback' for the actor, who had just emerged from a jail term and a career low.

Excerpted from Sanjay Dutt: One Man, Many Lives by Ram Kamal Mukherjee with permission from Rupa Publications. Click here to buy a copy of the book.