According to a statement from the makers, the film deals with a number of social issues such as patriarchy, gender inequality, rape culture, domestic abuse, among others.

Actress Vidya Balan has joined hands with producer Ronnie Screwvala for a short film titled Natkhat. Vidya is on board not only as part of the cast but also as a co-producer. Shaan Vyas will direct the film which will deal with a number of social issues.

Describing the film, a note from the makers reads, “Natkhat addresses several issues such as patriarchy, gender inequality, rape culture, domestic abuse, compartmentalization by men in different relationships with women; and in doing so surpasses all possible barriers, be it age, gender, urban-rural divide and nationality. It leaves you with the message of parenting being key and potentially the solution to abolishing gender inequality and rape culture.” 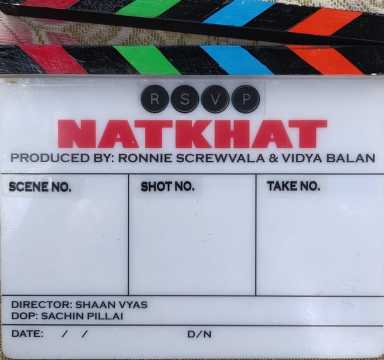 Natkhat is Vidya’s first short film and her first project as a producer. “It’s the beautiful and powerful story that called out to me in a way that made me want to act in it and also turn producer. And who better than RSVP to do it with!” said Vidya in an official statement.

The film is written by Annukampa Harsh who was one of the artistes in Nagesh Kukunoor’s recently released web-series City Of Dreams. “When I first heard the script for Natkhat, I immediately knew this film had to be made. The film addresses so many issues and gives out a powerful message too. I am very happy to collaborate with Vidya on this film,” Screwvala said in the official statement.