Released in 2017, the film was based on the Emergency imposed by the then prime minister Indira Gandhi from 1975 to 1977.

Filmmaker Madhur Bhandarkar has handed over the prints of his film Indu Sarkar (2017) to the National Film Archive of India (NFAI). Starring Kirti Kulhari, Neil Nitin Mukesh, Anupam Kher, Tota Roy Chowdhury and Supriya Vinod, the film was based on the Emergency imposed by the then Prime Minister Indira Gandhi from 1975 to 1977.

Indu Sarkar review: A stuttering voice, but one that needs to be heard

Bhandarkar shared pictures of him handing over the prints to Prakash Magdum, the director of NFAI, on his Twitter page and wrote, “Happy to announce film #InduSarkar will be preserved at the @NFAIOfficial National Film Archives of India in addition to my previous films Chandni Bar, Page3, Corporate,Traffic Signal, Jail and Fashion.” 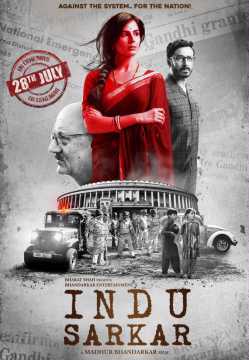 The film had Kulhari play the character of Indu Sarkar who is raised in an orphanage and later gets married to a government servant (Chowdhury). The story deals with how she gets entangled in the web of Emergency while saving the lives of two innocent kids. The characters of Neil Nitin Mukesh and Supriya Vinod were based on Sanjay Gandhi and Indira Gandhi respectively. Anupam Kher played the leader of a group of underground revolutionaries.