The animated film, directed by Gitanjali Rao, will have its world premiere at the prestigious European festival.

Gitanjali Rao's animated feature film Bombay Rose is the opening film of Critics Week of the 76th edition of the Venice International Film Festival. The film will have its world premiere in Venice on 29 August.

The animated film, set on the streets of Mumbai, tells the story of a flower seller "who has to make the choice between protecting her family or allowing herself to fall in love". Bombay Rose, like Rao's previous works, has been painted frame by frame. Rao wrote, directed, and designed the animated film.

Rao's previous short films have been screened at film festivals across the world and won numerous awards. The short film, Printed Rainbow, picked up three awards at the Critics's Week of the Cannes film festival in 2006. Rao also made her big screen debut as an actress in Shoojit Sircar's October (2018).

"Gitanjali’s beautiful film has made us and India proud by being invited to open Critics Week at Venice. It has been our privilege to work with Gitanjali and Paperboat Studios over the last two years to bring this piece of beautiful cinema to life. We are thrilled to share that the prestigious Venice Film Festival shall be the first of many international festival premieres for this stunning love letter to Mumbai and its people," Rohit Khattar, chairman of Cinestaan Film Company, producers of Bombay Rose, stated in a press release. 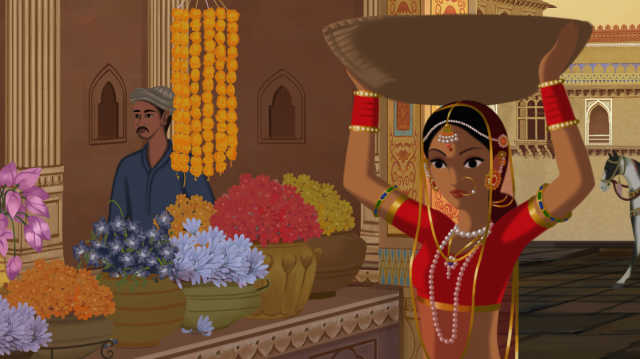 “I have always wanted to paint stories about people who live and love in the streets of Bombay, never become success stories, yet their struggle for survival makes heroes out of them," Rao shared in a statement. "This is the city with its cast of unsung heroes and heroines that I want to share with the world and why I started this labour of love six years ago.

"My hand-painted short films have travelled the globe and I have found connections to my films in the most unusual places. From Cannes to Kanpur. These fans of my stories give me confidence that my first feature film, Bombay Rose, about simple people with their simple yet impossible dreams can connect with people around the world. I am thrilled that Bombay Rose will be the first Indian animation film to open Venice Critics Week.”

Bombay Rose is produced by Anand Mahindra and Khattar, and co-produced with Film d’Ici. The animation was delivered by Mumbai-based Paperboat Animation Studios.