The book, written by senior journalist Roshmila Bhattacharya, is due to be released soon.

The latest actor to have his life’s account captured in a tome is Gulshan Grover. His biography, written by senior film journalist Roshmila Bhattacharya and titled, what else, Bad Man, is expected to be released by the end of July.

But before the publication of the book, a few facts about the actor, who made his name as a villain on the big screen in Hindi cinema, have been shared. 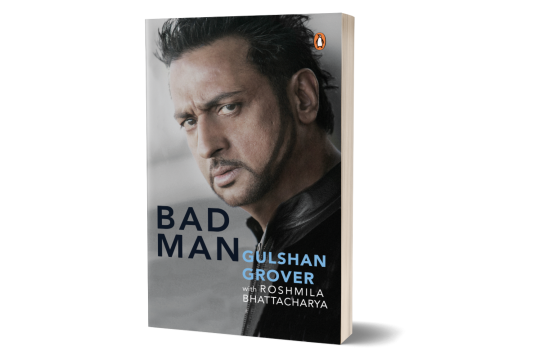 1. Nowadays, it is easier for actors and actresses to cross over and star in international productions. Irrfan Khan, Tabu, Deepika Padukone, Ali Fazal and, of course, Priyanka Chopra have headlined projects in the West. But not many of the millennial generation may know that Grover, too, acted in a Hollywood production as jungle guide Buldeo in The Second Jungle Book: Mowgli and Baloo (1997).

2. Like Priyanka Chopra, Gulshan Grover too has a royal friend. Chopra may been invited to the wedding of Prince Harry and Megan Markle, but the heir to the British throne, Charles, had invited Grover to his home in Scotland, Dumfries House, in 2015.

3. Besides Hollywood, Grover has worked in German, Australian, Polish, Canadian, Iranian, Malaysian and Nepali films. His IMDb entry boasts of over 420 films, and counting!

4. Grover got his start from the Roshan Taneja School of Acting. He knew he wanted to be an actor from an early age and performed in plays for the Little Theatre Group in Delhi while in college. Actor and teacher Roshan Taneja, who passed away in May, was former head of the acting department at the Film and Television Institute of India (FTII) in Pune, Maharashtra.

5. In 2016, he acted in the mockumentary Badman in which he played a version of himself. People who know Grover personally, like Mahesh Bhatt, Manisha Koirala, Ranjeet, and Farah Khan, also played versions of themselves. The film was shown at the Moscow International Film Festival and the London Indian Film Festival.