Actor-director Nagesh Bhonsle recalls the dedication shown by Nilu Phule in his film Goshta Chhoti Dongraevadhi which became his swansong.

The name Nilu Phule is counted among the legends of Marathi cinema. The actor started off in theatre where he became famous with his terrific portrayal of the sadistic protagonist in Vijay Tendulkar’s controversial play Sakharam Binder.

While Phule is best known in Marathi cinema for portraying evil characters, his talent was not limited to just that and he played a variety of supporting roles as well. In actor-turned-director Nagesh Bhonsle's Goshta Chhoti Dongraevadhi (2009), Phule played the deeply sympathetic character of an aged, helpless farmer. As it turned out, this was to be his last film. Phule died just three months after the film's release, aged 79.

On the actor's 10th death anniversary, Nagesh Bhonsle recalled the shooting of the film and Nilu Phule’s unflinching dedication even at that age while battling illness.

“He was one of the biggest names in the industry," the director said, "someone from whom you could constantly learn. For me it is a matter of pride that I got the opportunity to direct such a legendary, thinking actor. We were simply delighted when he gave his nod for this film.

"That character was a metaphor. It was representative of the entire farmer population,” Bhonsle told Cinestaan.com.

Goshta Chhoti Dongraevadhi revolves around the sorry plight of farmers in drought-affected regions of Maharashtra. The film starred Bhonsle himself along with Makarand Anaspure, Sayaji Shinde and Girija Oak.

This was not Bhonsle’s first association with Phule, however. The two were supposed to act in a play titled Khel Khandoba, which did not happen. “He was supposed to play my elder brother and both of us were the lead characters in that play. We rehearsed for about 10-12 days. So we had had a good introduction to each other. And maybe Bhau noticed my work during the rehearsals and liked it,” said Bhonsle. 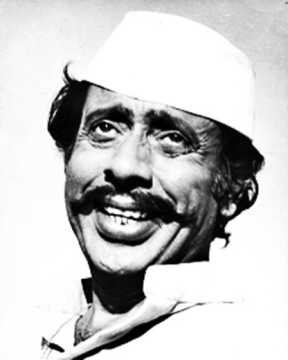 Phule did not immediately agree to take up the role in Goshta Chhoti Dongraevadhi because he was in poor health. He tried to excuse himself saying he was in no condition to shoot outdoors.

“But our eagerness to have him in the film, our sincerity and innocence touched him," said Bhonsle. "There are many directors who lie to your face that ‘we have written this character keeping only you in mind’. But there are times when you feel the director is genuinely saying it. Maybe that is what Bhau felt.”

Whatever the reason, Phule agreed to come on board, on condition that his portions be completed quickly. Bhonsle readily agreed.

Around 15 days before the shooting was to begin, Bhonsle was surprised to receive a call from Phule asking if he should grow a beard and if so how thick. “I said don't shave for about 10-12 days. But he said there are areas where his beard doesn’t grow much. I said that’s fine.”

A week later he got another call from the veteran, this time asking about his wig. “He then asked about his footwear. I said Kolhapuri chappals would do. But Bhau did not agree, saying the character’s entire life should be visible in his chappals. I was astonished! He then decided to bring one of his own pairs.” 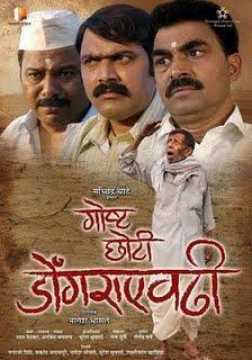 Bhonsle had hardly seen an actor prepare so thoroughly. “Today, instead of the script, the first question put to an actor is about his or her dates," he said. "Questions about the character and why they should do a film are hardly addressed. In fact, actors themselves don’t ask these questions. They do their maths and tell their per-day charge. Bhau’s questions made me wonder how a man like him works with such detail even after all these years!”

The footwear that Phule brought for the shoot was bound with cloth to keep it from falling apart. Bhonsle was again surprised that the veteran did not even ask whether his feet would be visible in any of the shots. “Whereas most actors would say that if their feet are not going to be visible, they would rather wear something more comfortable,” the director said.

One of the most important scenes in the film has Phule’s character climbing a hill. Bhonsle wanted to shoot it with a steady cam. “I wanted to lower the camera and turn it 360° around Bhau. In that scene, the character climbs a mountain, applies his shivering fingers on his eyes and forehead and waits for the rain,” Bhonsle explained.

It was decided that they would travel as close to the top of the hill as possible by car and then walk. But Phule wasn’t feeling too well on the day. “The mountain wasn’t steep, but it was steep for his condition,” said the director.

So the unit decided that after alighting from the car they would carry Phule to the top in a chair. “But after emerging from the car, Bhau said, ‘Let’s go [on foot].’ He said the breathlessness he would feel after climbing the hill would make the scene more realistic! This was an artiste who had genuinely worked this way all his life. It's a scene that brings tears to your eyes. Even while speaking about it now I am getting goosebumps,” said Bhonsle.

The filmmaker has mixed feelings about his film being Phule’s last. “I often wonder whether I should be happy that he worked in my film or sad that this was his last. I feel awkward telling people that Bhau’s last film was directed by me. I wish an actor like him had lived longer. He taught us that no matter who you are, the character you play is always bigger than you,” said Bhonsle.

He added that there is a reason why he recalled these incidents to us. “I have a lot to speak about Bhau," Bhonsle said. "From his acting to his social work, which included funding a school. But this has been spoken about a lot. I narrated these incidents because today you don’t see actors with such sincerity and eagerness to learn, especially in Marathi cinema. Some prominent names are only concerned with I, me, myself.”