Eighteen years ago, Anubhav Sinha made his debut as feature filmmmaker with a romantic musical titled Tum Bin. As the director celebrates the success of his straight-shooting social crime drama Article 15, we look back at the film that launched his career.

In 2001, when box-office numbers were still on terra firma and Lagaan (2001) was the greatest thing to have happened to Hindi cinema since Shah Rukh Khan, Anubhav Sinha was an ad filmmaker waiting to make his feature film debut.

That debut film, which was released on 13 July 2001, was nowhere close to the stark slice of reality that Anubhav Sinha’s latest, Article 15 (2019), served up. It was a dramatic tearjerker that is best remembered today for its music.

Released the same year as Lagaan, Gadar, Dil Chahta Hai and Kabhi Khushi Kabhie Gham, Tum Bin was a surprise hit. Buoyed by some wonderful songs, the film was a mellow romantic drama that achieved cult success. While it had no stars, a good music album packaged in attractive visuals and high melodrama marked Anubhav Sinha’s directorial debut.

In a recent interview with RJ Neelesh Misra, Sinha said, “It was while shooting music videos that I got Bhushan’s [referring to Bhushan Kumar of T-Series] call. He asked if I would be interested in making a movie. I said, ‘That’s what I wanted to do.’ So he asked me if I had a story. And thus Tum Bin got made.”

Structured like a Mexican telenovela, the plot of Tum Bin revolved around Pia (Sandali Sinha), whose fiancé Amar (Raqesh Vashisht) dies in a car accident, leaving her in charge of the family's small business.

Struggling to keep it alive, she gets help from a stranger, Shekhar Malhotra (Priyanshu Chatterjee). Slowly, Pia falls in love with Shekhar, who carries the burden of the secret of having been the cause of Amar’s accidental death.

Meanwhile, Abhigyan (Himanshu Malik), an industrialist, falls for Pia and wants to marry her. This conflict comes to a boil with Shekhar’s confession of the truth.

While the story was not unusual, it was the treatment that merited the audience response. Composed by Nikhil-Vinay, the album for the film contained some spectacularly soothing numbers that hit the right chord.

The most popular one was ‘Koi Fariyaad’ sung in the mellifluous voice of the late Jagjit Singh. The song captured the pathos and pain of separation like few other songs in the era did.

The ghazal, by Faaiz Anwar, went on to become the biggest selling single of Hindi cinema for T-Series. In an era dominated by pop music, the revival of ghazals to suit a new audience was a masterstroke.

Combined with ‘Chhoti Chhoti Raatein’ and ‘Tumhare Siva’, Tum Bin proved to be a very successful music album for T-Series which had rounded up a veritable who’s who from the music industry like Anuradha Paudwal, KS Chithra, Sadhana Sargam, Jagjit Singh, Udit Narayan, Sonu Nigam, Kumar Sanu and Abhijeet Bhattacharya in one album.

But this was not a movie that held any hint within itself of the director of Mulk (2018) and Article 15 (2019). Speaking in a FilmCompanion interview after the success of Mulk, Sinha said, “I think this [Mulk] is the most honest film I have made. The rest of a lot of my films were customized for the box office. I don’t want to disown them, but they were made for a different purpose.”

Understandable for a filmmaker who was just a music video director trying to break through into the industry. Before Tum Bin, Sinha’s successes were the TV series Seahawks (1997-98) and the music video 'Tu'  for Sonu Nigam and a certain model named Bipasha Basu.

In the same FilmCompanion interview, he said, “At that point the idea was to mount a film and find money for it and create some good songs. I was known to package it nicely and deliver. That was what I was focusing on.”

Sinha was not the only one. In the same week that his film was released, another music video director released his first feature film. Rakeysh Omprakash Mehra’s Aks (2001) had a bigger budget and more high-profile cast. With Amitabh Bachchan, a post-Satya (1998) Manoj Bajpayee, Raveena Tandon and Nandita Das, Aks was a supernatural thriller.

Like Sinha, Mehra was to turn to social dramas with Rang De Basanti (2006), Delhi-6 (2009) and, more recently, Mere Pyare Prime Minister (2019). The commonalities do not end there. Both directors have struggled to find their fortes.

In 2001, both films received some critical appreciation, but it was Tum Bin that earned money. The film made Rs7.23 crore in India, and an additional Rs8.28 crore from the overseas market. Made on a modest budget of Rs2.75 crore, it was an impressive success (as per figures from boxofficeindia.com).

The turnaround came, once again, with Tum Bin. In 2016, he made the sequel to his directorial debut. But it neither had the music nor the drama to charm audiences into the theatres. With that, Sinha cast aside the packaging to focus on something real. 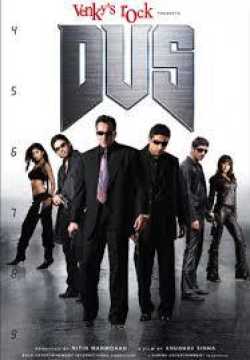 In the interview with Neelesh Misra, he admitted, “I was jealous of Anurag Kashyap, Tigmanshu Dhulia, Hansal Mehta... for the films they made.”

With Mulk, Sinha finally found his footing in the same genre — realistic social cinema. Like Kashyap, Dhulia and Mehta, Sinha has dug deep into the social constructs he grew up in to create stark, telling stories on the divides that continue to plague India, whether it is communalism (Mulk) or caste hatred (Article 15). Like them, Sinha has also become the darling of critics and audiences now.

While it is hard to imagine Anubhav Sinha returning to the genre of packaged romantic musicals, it is poignant to remember that were it not for the success of Tum Bin, few stars or producers would have given him another chance, without which he may never have been able to complete the journey to Mulk and Article 15.