On the fifth anniversary of the Shashank Khaitan film, we look at how the romance starring Varun Dhawan and Alia Bhatt subverted the tropes presented in Aditya Chopra’s Dilwale Dulhania Le Jayenge (1995).

Since Dilwale Dulhania Le Jayenge (1995), starring Shah Rukh Khan and Kajol, was released, many films have tried to capture the magic and romance of the Aditya Chopra film.

To be fair, it’s like trying to catching lightning in a bottle; you can’t exactly recapture that feeling again. Many have tried, but few have come close and built upon the tropes featured in the romantic drama.

Like Chopra, director Shashank Khaitan was also making his debut, though understandably with less pressure. Chopra’s father, the legendary filmmaker Yash Chopra, was the producer on DDLJ. Meanwhile, Karan Johar, who acted in and was also Aditya’s assistant on the film, was the producer for Humpty Sharma Ki Dulhania (2014).

The result is a cheeky and fun tribute to the iconic film. In many ways, it fixes upon those problematic tropes from the film and updates it for the modern audience. The film’s two leads, Varun Dhawan and Alia Bhatt, have a crackling chemistry; they also made their debuts together in Johar’s Student Of The Year (2012).

Here’s why Humpty Sharma Ki Dulhania (2014), looking back, is a new-age DDLJ for the modern era.

1. The film disrupts gender roles of hero and heroine. 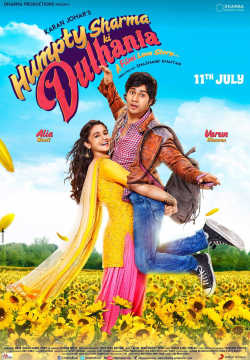 No, they don’t meet on a train, but the aforementioned Humpty (Dhawan) and Kavya (Bhatt) meet during a blackmail attempt gone wrong. They size each other up during their first meeting and both these street-smart characters have got what it takes. Furthermore, they don’t stick to the regular template set out by the original.

Here, Kavya can drink Humpty under the table and is no way a shy wallflower. In fact, she leads the baaraat (wedding procession) to Humpty instead of the other way around. Humpty is shown as a character with feelings. He cries and wears his emotions on his sleeve. The poster also showed Kavya lifting Humpty in her arms, a clever twist of the DDLJ poster where Khan’s Raj throws his bride Simran (Kajol) over his shoulder to carry her off.

2. People in this movie actually have honest conversations. 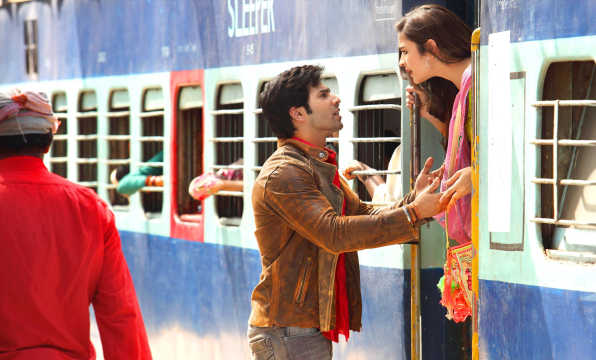 At one point in the film, Kavya angrily shouts to Humpty, “I’ll make my own life decisions, not you or my dad.” It’s another matter that it goes back into the hands of her father, played by Ashutosh Rana (a good substitute for the stern Amrish Puri). But most of the characters are quite open with one another.

Kavya’s mother is unafraid to tell her husband who will be a better match for her daughter and the truth about Humpty and Kavya’s romance is out in the open early now. There are no secrets in the family. That they can be stubborn in their ways is another matter.

3. There are no villains in the story, only bad decisions.

In DDLJ, Simran’s fiancé Kuljeet (Parmeet Sethi) is the typical Punjabi and an obvious bad match for her. In Humpty Sharma Ki Dulhania, it’s the complete opposite. Kavya fiancé Angad (Siddharth Shukla) is perfect!

Her father even allows Humpty to stay on their property and spend time with Angad. If Humpty can provide him with one reason why Kavya shouldn’t marry Angad, he will break their marriage. Of course, Angad is too good to be true, and Kavya’s father is a man who likes to control everything around him.

4. Instead of Europe, Kavya and Humpty’s love story is set right at home. 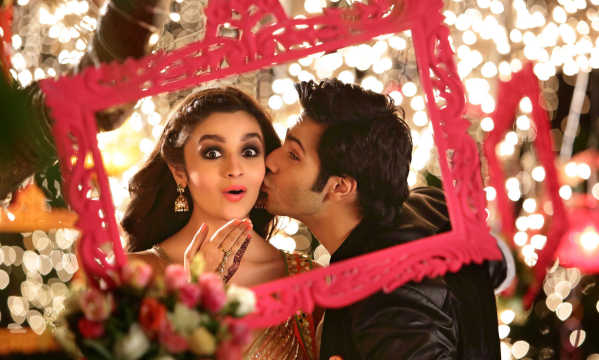 In the 1990s, stories about NRIs and foreign locales that behaved much like India ruled the roost. This past decade has seen a shift back to the homeland, with stories set in Indian cities and small towns, winning over audiences.

Khaitan’s film found the leads falling in love in Delhi, while her fiancé Angad is a doctor in America. In DDLJ, both Raj and Simran are from London, and Kuljeet is Indian.

While Chopra’s film mostly had Raj and Simran’s friends as minor characters, Humpty Sharma Ki Dulhania made sure that no friend was left behind. Kavya first arrives in Delhi for her friend Gurpreet’s wedding and in the end helps to overcome an ex-boyfriend who was blackmailing her.

Humpty’s friends Shontu (Gaurav Pandey) and Poplu (Sahil Vaid) are loyal to the core, even taking a beating from Kavya’s relatives for him. But in the end, it’s shown that each time, the friendship is reciprocated and it’s heartwarming to see.