In her career, spanning more than four decades, Mamta Shankar has appeared in a handful of films, wisely choosing her characters and challenging her acting capabilities with every opportunity.

Though she is mostly busy travelling as a danseuse and a choreographer around the world, Mamata Shankar has also delivered some of her finest performances as an actress, working with legendary directors including Satyajit Ray, Mrinal Sen, and then Rituparno Ghosh, Budhhadeb Dasgupta, Goutam Ghosh and many other directors in the later phase of her career.

Daughter of famous dancer duo Uday Shankar and Amala Shankar, Mamta has made her mark by fitting into the skin of the most relatable female characters — that we come across every day - by portraying them with natural grace and ease.

In her career, spanning more than four decades, Mamta has appeared in a handful of films, wisely choosing her characters and challenging her acting capabilities with every opportunity.

On her 64th birthday today (7 January), Cinestaan.com looks at five of her best acting performances so far. 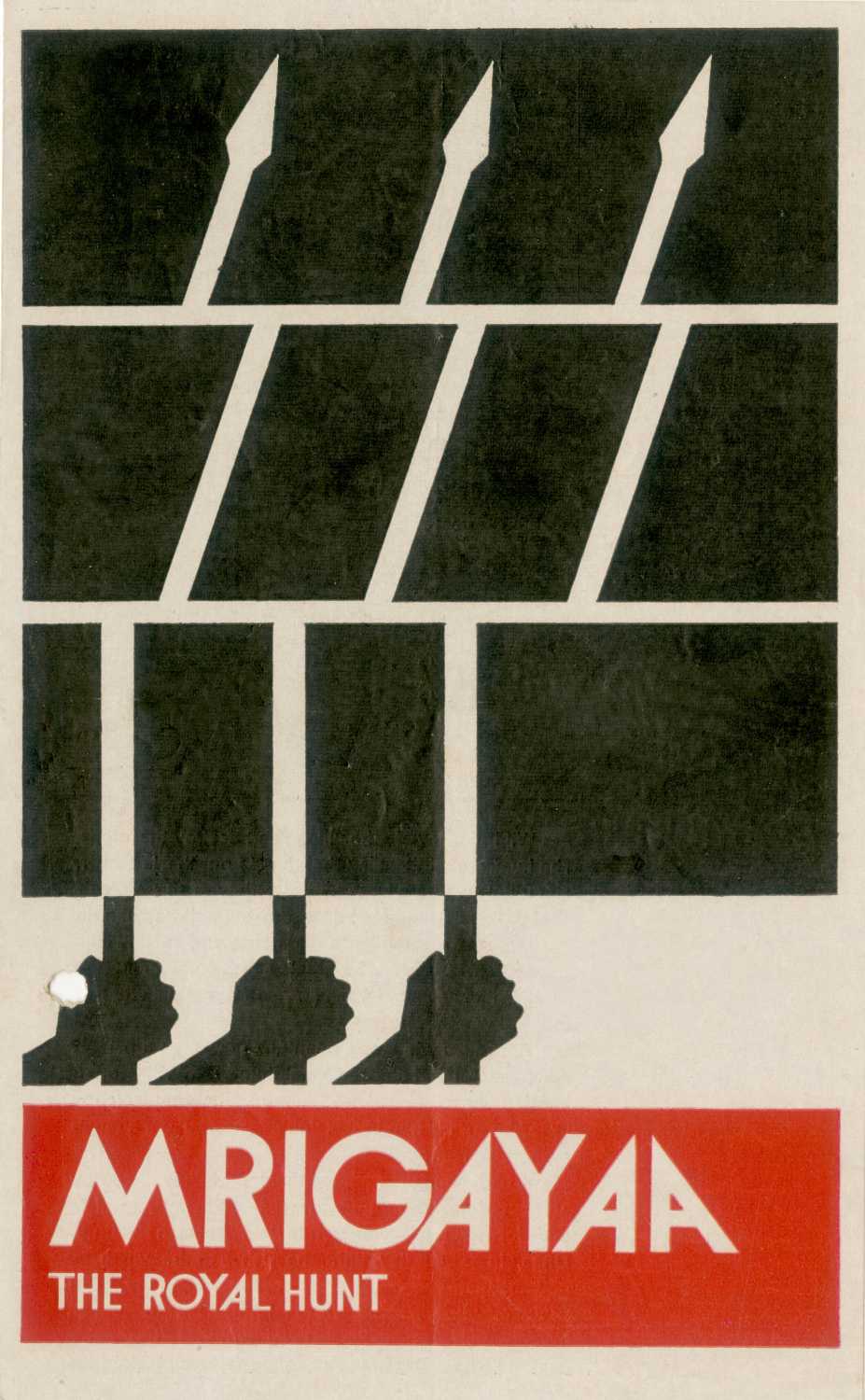 Mamta rightly said after the master filmmaker Mrinal Sen’s death that whatever identity and fame she enjoys in the industry is due to Sen, as she made her debut in Sen’s National Award-winning film Mrigaya, starring opposite Mithun Chakraborty, who also made his debut with the film and won the National Award as well.

While Chakraborty dominates every single frame with his fiery presence, full of subtle expressions as the tribal warrior Ghinua, Mamta matches up to him with her raw yet graceful performance as his wife Dungri.

Mamta almost sinks in the tribal surroundings and ambience in which the film is set, clad in one piece of cloth throughout the film, exuding earthiness and beauty — never overpowering the essence of the film.

In the film, Dungri gets abducted by a moneylender. Ghinua kills the wrongdoer in order to get his wife back. Much like Chakraborty, Mamta too delivers a commanding performance for a debutante in the film, though, she later reportedly said that she was a newcomer compared to Chakraborty while shooting the film.

After Ganashatru in 1990, Satyajit Ray cast Mamta in Shakha Proshakha — a drama on a family threatened by the crumbling state of moralities and values in the society.

Mamta here plays Tapati — the estranged wife of one of the corrupt sons of a family headed by a successful and honest industrialist, who suffers a major heart attack at the age of 70. While the corrupt sons try to make a display of their fake honesty in their respective work fields before their ailing father and justify their roles, Tapati, struggling in a failed marriage, finds herself drawn towards her young brother-in-law, who has left his job to escape what his brothers have compromised on.

Tapati gets attracted to his questioning nature that tries to make sense of his surroundings. However, when he starts working as a theatre actor and finally confesses to his sister-in-law of falling in love with another woman, Tapati gets deeply hurt. Amidst all the façade, Tapati clings to her eight-year-old son and keeps her struggle on to save her marriage only for the sake of her son.

Mamta almost becomes one with the gloomy and tense mood of the film with her natural acting, exposing her fragilities and helplessness of her character subtly. She was awarded the Bengal Film Journalists' Association Award for her performance as the Best Supporting Actress in the film in 1993.

Mamta's performance in Ray’s last film Agantuk brings relief as she portrays the only character apart from Utpal Dutt’s in the film possessing the basic human qualities of trust and faith with sensitivity.

Her character Anila Bose is apprehensive about her youngest maternal uncle’s return after 35 years because she doesn’t remember him as he had left their house when she was two years old. While her husband is thoroughly aghast at the uninvited appearance of an apparent stranger, Mamta beautifully conveys Anila’s secret wish to see her uncle who she knew to be a brilliant student and have a sense of the adventure that drives him around the world.

She continuously struggles with calling him 'Mama', having been pressurized by her doubtful husband, although in her heart, she accepts him as the enigmatic personality with a lot of compassion and innocence and also recognises his singing talent that was inherent in their family.

Strange thoughts about her Mama’s intentions to visit her after so many years cross her mind yet she hopes them not to be true because she has already developed respect for this immensely knowledgeable man. When everyone else makes their best efforts to prove her uncle a fraud, Anila’s love and affection saves her uncle from losing all faith in apparently civilized human beings.

Mamta establishes a tender on-screen bond with Utpal Dutt’s monumental screen presence as her uncle from the beginning and retains it with consistency till the end when she finally masters the courage to call him 'Mama'. Mamta was awarded the Special Jury Award at the 1992 National Film Awards for her portrayal in the film. 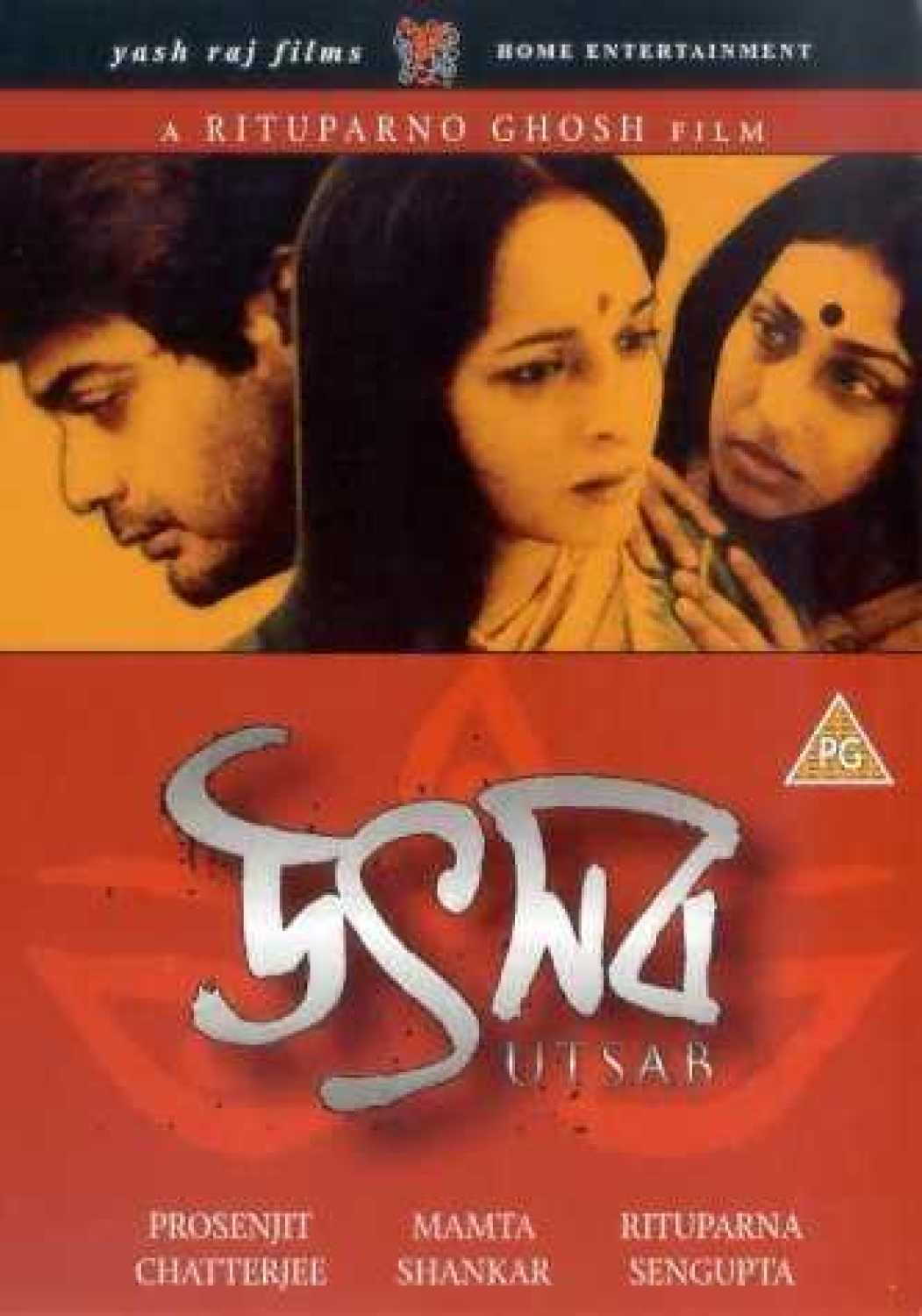 Shankar again shines in this family drama by Rituparno Ghosh, in which she portrays a character stuck in complex relationships. Following the tradition, Parul returns to her paternal home during Durga Puja like every other member of the family. However, her husband doesn’t turn up as he cannot come to terms with her earlier affair with her cousin Sisir. Now financially affluent, Sisir wishes to buy the mansion and everyone in the family has their own opinion and reasons on the selling off the property.

Sisir’s urge to buy the property brings Parul in a state of mind in which she doesn’t know what should be her stand. Her sour relationship with her husband is not unknown, yet Mamta dramatically portrays her desperate attempts to make her relationship appear normal. Her uneasiness at witnessing her son taking immense interest in his cousin becomes pronounced as well as her helplessness convey volumes when she only admonishes her son for getting close to his cousin, as she can see herself in her. Mamta won the Bengal Film Journalists' Association Award for Best Supporting Actress for her performance in Utsab in 2000.

Dipti in Rituparno Ghosh’s Abohomaan remains one of the most complex characters played by Mamta. She plays the wife of a director (Dipankar De, who dreams of making a film on Nati Binodini). He initially wishes to cast his wife; however, Dipti insists on casting Shikha (played by Ananya Chatterjee), sensing the potential in her to play the character. Not only that, but she also grooms Shikha for the character and eventually her husband falls in love with the actress.

Mamta here juxtaposes her insecurity, jealousy with genuine concern for the actress who she has groomed with her own hands. Dipti’s character is full of contradictions that come across naturally with Mamta, convincing performance.

In order to avenge her husband’s betrayal, Dipti doesn’t mind pushing her son (Jisshu Sengupta) to write a scandalous article on her husband’s affair that also helps him improve his Bengali writing skills. However, later when her son decides to make a biopic of his father, Dipti stops him, thinking it would turn out to be scandalous.

Mamta depicts the continuous inner turmoil Dipti goes through at the same time feeling the inadequacy of lacking the spontaneity of the actress with dexterity and command. She successfully portrays the basic emotions of a wife, as well as of a woman who is at the end of the day, compassionate and emphatic of another woman’s crisis, no matter who she is.