The film, which stars Chopra alongside Rebel Wilson and Adam DeVine, will be released in the US on 13 February this year.

While all the posters pop with colour against the white background and a pink title, Chopra looks especially stylish in a short flowery dress, yellow sling bag and highlighted hair. 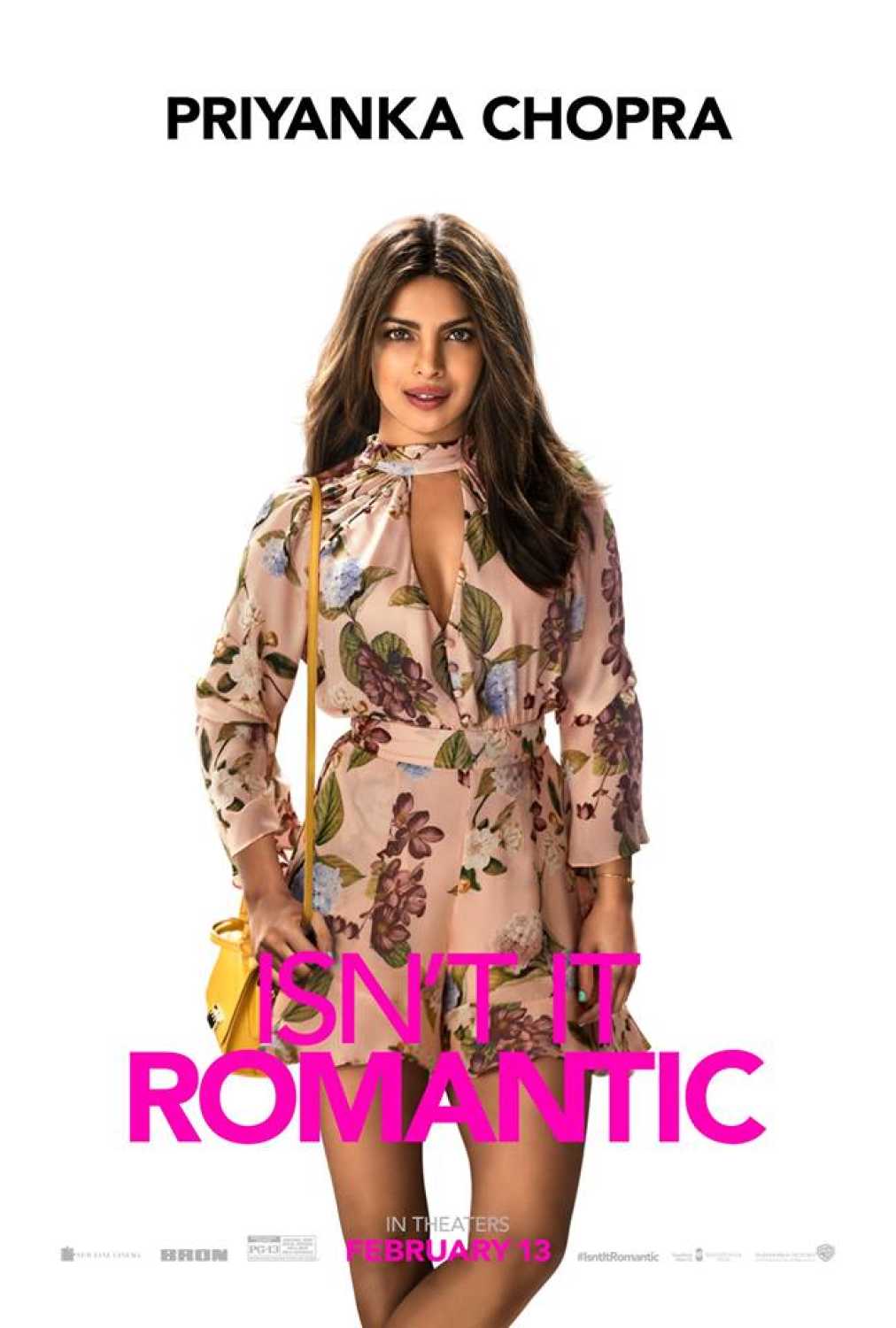 The actress plays the role of Isabella, a yoga ambassador, who gets romantically involved with DeVine's character.

From whatever we have seen in the trailers and posters, Chopra's character does seem high on the style quotient. She will also be seen in an elaborate dance sequence with the rest of the cast. The song was shot on the streets of New York City in July last year.

Based in New York City, Isn't It Romantic tells the story of Natalie, played by Wilson, a cynic, who wakes up to discover that she is in a 'PG-13' universe and must escape every cliché in order to finally fall in love.

The trailer of the film was released in November 2018, and the film will hit the theatres just around Valentine's Day, on 13 February this year.

Chopra, who has been in the news recently for her elaborate wedding to singer-actor Nick Jonas, is slated to join the rest of the Isn't It Romantic cast for promotions closer to the release of the film.

Meanwhile, Chopra will also soon begin the last schedule of her next Hindi film, Shonali Bose's The Sky Is Pink, slated to be released later this year.