Is Ranveer Singh on his way to becoming Hindi cinema's latest superstar?


With huge hits like Padmaavat and Simmba in 2018, and next month's Gully Boy looking promising, Ranveer Singh could score a hat-trick, something no A-list star has delivered for a while.

It would certainly be premature to say that the reign of the Khans in Hindi cinema is at an end, but what is certain is that the old guard eventually has to make way for the new. And threatening to dislodge the Khans from their pedestal is no Kapoor or Kumar, but a Singh.

Having started his career playing the mischievous loverboy, Ranveer Singh came into his own in 2018. The year began with the blockbuster Padmaavat, which grossed over Rs545 crore worldwide and ended with another potential blockbuster in Rohit Shetty’s Simmba, a maiden masala entertainer which bagged over Rs125 crore nett in six days and is looking good to cross the Rs200 crore in domestic business alone.

For the first time in his career, Ranveer Singh has back-to-back hits, that too huge ones. While Padmaavat and Bajirao Mastani (2015) were Sanjay Leela Bhansali creations with an ensemble cast  Simmba’s success shows that Ranveer Singh can carry a film on his shoulders.

There has been an upswing on the personal front too, with Ranveer Singh getting married to actress and long-time girlfriend Deepika Padukone. And with the positive buzz around it, his forthcoming Gully Boy, opposite Alia Bhatt, is also looking good to succeed.

All this begs the question: if Ranveer Singh does score a hat-trick of hits, will he become Hindi cinema's top male star?

While the actor is certainly enjoying a purple patch, trade analyst Atul Mohan is unwilling to make any predictions just yet. “It’s too early," he told Cinestaan.com. "Gully Boy is coming at a good time. The Simmba wave will benefit the film. It also has Alia Bhatt, who has a great following of her own. But when you give a solo Rs100 crore hit like Simmba, it does increase your brand value.”

In Padmaavat, Ranveer Singh played the megalomaniac sultan Alauddin Khilji. Simmba saw him play the anti-hero, a corrupt cop. And come Valentine’s Day, we will see the actor essay the role of a street rapper in Zoya Akhtar’s Gully Boy, which will be premièred at the Berlin International Film Festival, no less. In the space of 13 months, fans will thus get to see the versatility of Ranveer Singh the actor. 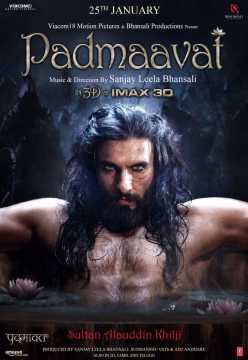 “Padmaavat and Bajirao Mastani were period films where he played historical characters," Atul Mohan pointed out. "But with Simmba he has emerged as a masala film hero.”

Manoj Desai, who owns the iconic G7 multiplex in Mumbai, popularly known as Gaiety-Galaxy theatre, has been running eight shows of Simmba daily, with four shows at Gaiety hall and two each in Galaxy and the smaller Gossip.

But Desai, too, is not prepared to make any big prediction, except to say that if Gully Boy clicks, Ranveer Singh would be "on top of the world".

“I don’t think he will become the number one actor yet, but he certainly will be one of the competitors vying for the spot," Manoj Desai said.

"Earlier, we had an Akshay Kumar giving tough competition to the Khans, now Ranveer Singh is looking good to join the league," he continued. "If Gully Boy is a hit, then he will have given himself a great chance to be number one.”

Atul Mohan pointed out that it is far more difficult today for any actor to claim the numero uno position than it was in the past. “It’s just not Ranveer Singh," he said. "There's Varun Dhawan, Ranbir Kapoor. There are other young actors who, too, are making an impression.”

Given how audiences snubbed some of the big stars in 2018, Atul Mohan has a point. Shah Rukh Khan has been struggling for close to three years now, Salman Khan has tasted more failure than success in the past two years, and Aamir Khan suffered a jolt with Thugs Of Hindostan (2018).

The key to being top dog is consistency. And it is here that Desai gives credit to Akshay Kumar.

The one-time action star has done some interesting roles in social dramas like Toilet: Ek Prem Katha (2017) and Pad Man (2018). “Akshay Kumar missed a few, but he is the most consistent performer in the industry," the exhibitor pointed out. "What the failure of the Khans has ensured is that no star has a monopoly now." 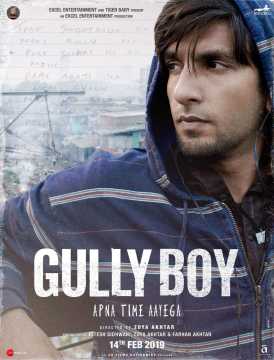 Back-to-back hits inevitably boost an artiste’s brand value, however. “If Ranveer was getting around Rs15 crore a film, then after these two hits, and if Gully Boy, too, makes it big, he will be charging nothing less than Rs25 crore,” a trade source said.

Will Ranveer Singh also seek a share in profits like the Khans and Akshay Kumar? The source was unsure, but Desai said it would be hard to keep the actor out of the spoils. “If Gully Boy clicks, I see no reason why Ranveer won’t command a share in profits," he said.

For Desai, however, more than the commercial success of Ranveer Singh's recent films, the craze for him among cinephiles is a bellwether. “You would associate such fanfare with a Salman Khan or a Shah Rukh Khan," he said, "but to see thousands screaming for Ranveer Singh was huge! We had Simmba shows at 6 pm, and at 5:30 pm, he arrived, danced at the gate of Gaiety, and I think we had about 2,000 people screaming, cheering. I myself couldn’t get out of the building. Such things only tell you of his massive fan following.”

Ranbir Kapoor, the only other competitor, is not on social media, but he did save his career with Sanju (2018), which amassed Rs334 crore nett at the domestic box office. Padmaavat made Rs282 crore nett in India. However, Ranveer Singh has been more consistent, with three of his last five films becoming hits. Varun Dhawan's biggest hit has been Judwaa 2 (2017), which made Rs132.30 crore nett in domestic business (all figures as per BoxOffceindia.com).

Ranveer Singh certainly owned 2018, a great year on the professional and personal fronts for him. Gully Boy is next, to be followed by director Kabir Khan’s sports film '83. And then there is Karan Johar’s ambitious Mughal epic Takht. It's an interesting line-up, one that could well propel Ranveer Singh to stratospheric heights in the notoriously fickle film business.