I feel on top of the world, but I'm still hungry: Neena Gupta


In an exclusive interview, the actress talks about a great second innings in her acting career that resulted in a Best Actress award and coming of more interesting roles, all just in the span of one year.

It wouldn't be wrong to say that actress Neena Gupta, remembered most for her roles in films like Jaane Bhi Do Yaaron (1983), Mandi (1983), and television serials like Saans, is enjoying a brilliant second innings post her Instagram plea announcing to the industry that she was still very much in Mumbai and was looking for good work.

At 59, Gupta has lots of film offers in her kitty now and 2018 turned out to be one of the busiest years for her. This year she impressed the audience as a middle-aged pregnant woman in Badhaai Ho and played interesting roles in Mulk and Veere Di Wedding. She plays a central role in Vikas Khanna's The Last Color, and has even shot Dibakar Banerjee's Sandeep Aur Pinky Faraar, slated to be released next year.

In an exclusive interview with Cinestaan.com, Gupta reveals what inspired her Instagram post, the sea change she has witnessed in just a matter of a year, the success of Badhaai Ho and her upcoming film The Last Color, where she plays a widow living in Benaras. Excerpts:

What were your expectations from Badhaai Ho when you were shooting it?

We felt it would do well because there was a positive energy during the shoot, but not that it would be such a big hit.

Did you have any inhibitions about playing a pregnant woman at this age?

Not at all. The script was so good that only a fool would think about it. But initially, I used to cover up with a duppatta when I used to come from the vanity van to the set. But slowly I got so used to it. This is my job as an actor. All these inhibitions, I have to remove and then only I can act. 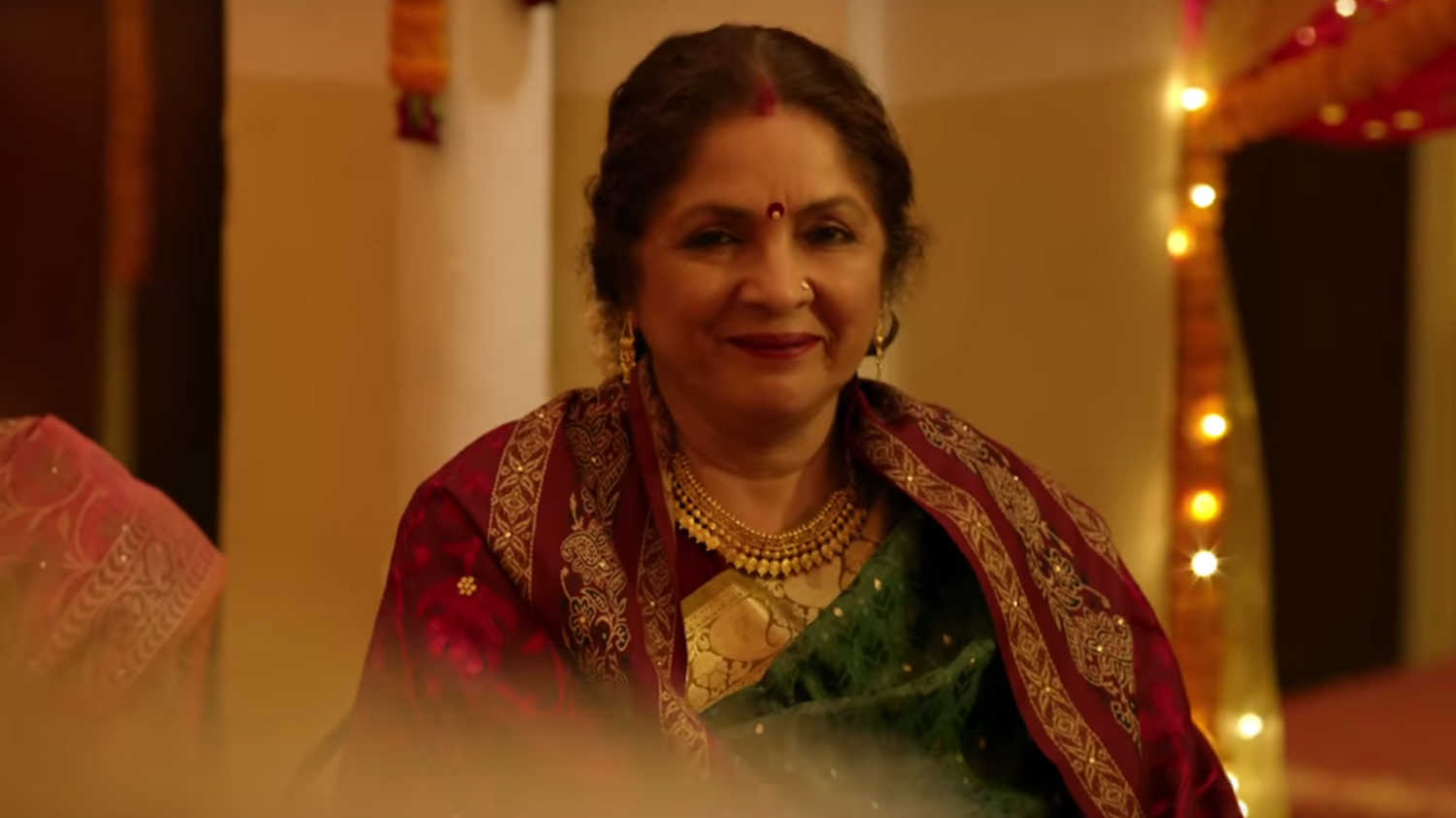 Since the time you put that post on Instagram in July 2018, you have done so much work, including Veere Di Wedding, Badhaai Ho, Mulk and The Last Color.

Yeah, and I also have finished Sandeep And Pinky Faraar.

Yes, its been a super busy year for you suddenly.

Yes, I did four films back to back. And now I can't do just anything. After Badhaai Ho, I can't go down. I am looking for something better. I should do whatever I really feel like. Something that excites me. Like yesterday, I heard a script and I said yes.

Not many actually. But the first person to reach out was Anubhav Sinha. Then it was Dibakar and then it was Amit Sharma [Badhaai Ho director] and then Vikas Khanna.

So, I guess people just didn't realise that Neena Gupta is here and can do so many different roles at this stage.

It wasn't like that. The thing was that media had created an image of me where everybody thought that I do not work anymore, after my wedding and that I live in Delhi. So they [industry people] thought I am not interested in doing films, that was the image. And whenever I would meet people, they would ask 'arre when did you come to Mumbai?' I was always in Mumbai, I never shifted to Delhi.

How was it shooting for The Last Color in Benaras. Did you go there well in advance to prep for your role as a widow?

I was shooting for Badhaai Ho at that time in Delhi. I still had a week to go. Vikas Khanna said in between whenever you have the time, come to Benaras for a day, just to get the hang of it. And the poster that you must have seen was shot then. So they were shooting with someone else. Suddenly, they gave me a sari and then made me a part of the holi thing around 4 in the evening. That shot is the one in the poster.

Honestly, I didn't have to go to see the widows and all that. The location is so amazing that when you go there something happens to you... the ghats, the moment I wore that white sari and there was no make up and nothing. I wore that sari and stepped on to the ghat and I became something else.

I didn't have to do anything like think of a character and the mannerisms, etc. I wore that sari and green bathroom slippers and I became the character. 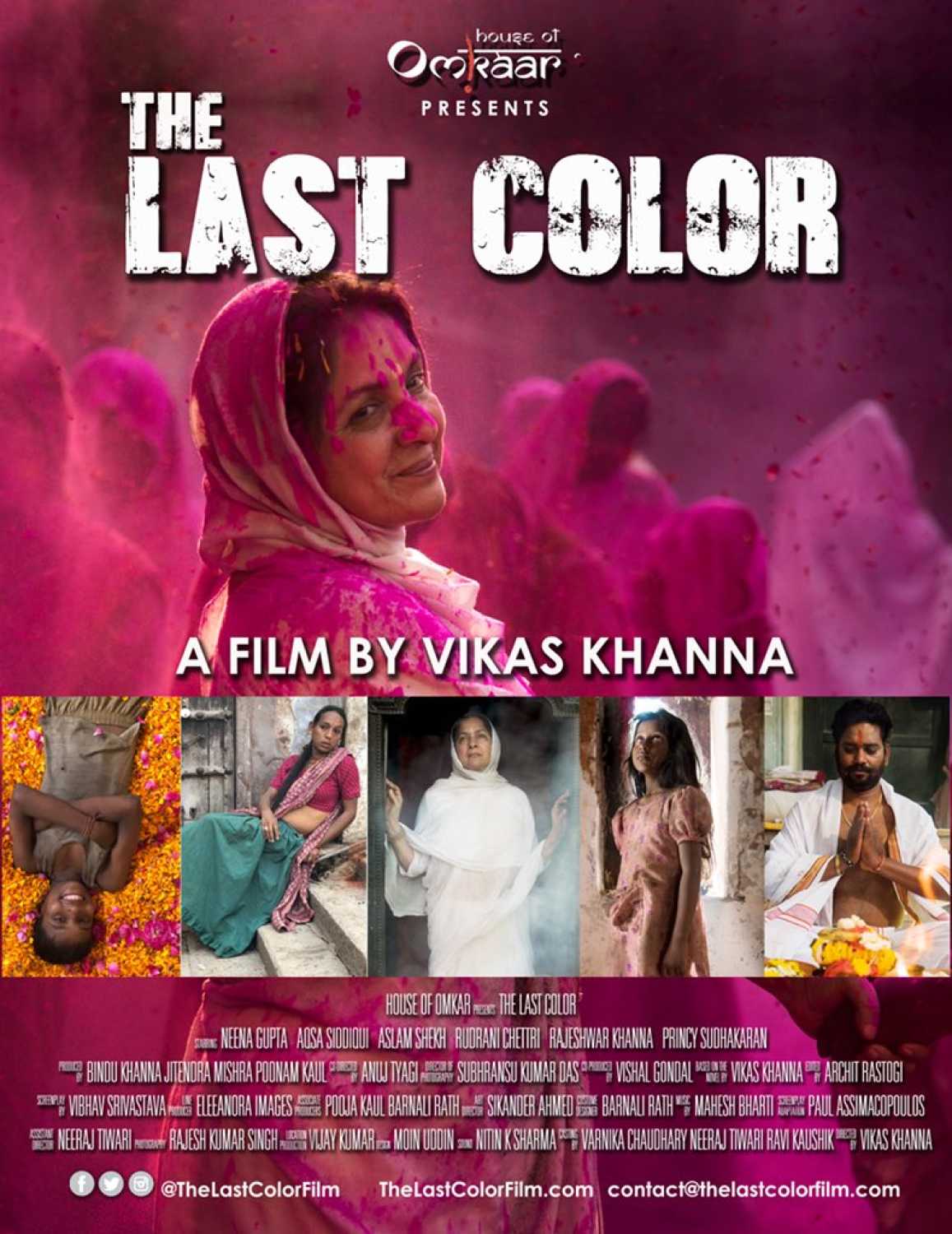 Does that happen to you often as an actor, where you wear the characters' clothes and feel transformed into the character?

Yes, that happens. Costumes are very important. For example, in Badhaai Ho I played a completely different person from who I am. You have to catch the sur. The director can play a very important part. Amit played a huge part in making me stick to the sur.

You seem to have been playing off each other's energies too. Most scenes have two or more characters engaged interactions and conversations.

We were very lucky that all were good. There is a scene in the kitchen where I ask Ayushmaan (Khurrana), 'khana kha liya?' That was a dialogue in the film, but our chemistry was so good and he is also a good actor that kuch karne ki zaroorat hi nahi padi [there was no need to do anything].

You may or may not realise but there are lots of pauses in Badhaai Ho, even then its become a commercial hit. Everybody has held those pauses so well.

Are there still moments in front of the camera where you feel challenged as an actor?

[Laughs] Of course, of course. There were moments in both Badhaai Ho and The Last Color.

Khanna mentioned a scene in The Last Color, where you had to cry. You did the scene, cried and immediately after the cut you looked at him and said 'theek tha, ek aur karoon [was this fine, should I do it again]', while he himself was still in tears.

He always talks about it [laughs]. He was very surprised that one moment I was crying and the next moment I was smiling. But that is our job as an actor.

Does it feel great that interesting roles are coming your way at this age and stage in your career?

Yes, but I am still very hungry. Actually, I feel on top of the world, but everything remains the same... like my house, my husband, my maids [laughs]. Nothing has changed. But practically speaking what has changed is that I am not saying yes to everything. I was so tired [with the roles being offered]. The biggest thing which has happened right now is getting the Best Actress award [at the recently held Star Screen Awards] and not the Best Supporting Actress award. I was tired of doing small roles.

Me and Gajraj ji [Gajraj Rao] getting Best Actor awards was a big thing because I don't feel actors our age generally get such awards, at least I can't think of anyone in the recent years.

Do you feel like better characters and roles are being written in mainstream cinema today than a decade ago?

Of course, much different and good writing is happening right now.

You haven't done television for over 8 years now.

I haven't found anything good in TV in recent years. I keep getting offers. I will definitely do television if I get something good. I have a strong feeling television content will go through a major change in the coming years, just like how cinema has changed.