From Sarkar to Bhaai: 5 times Bal Thackeray made a reel entry


On the Shiv Sena supremo's 93rd birth anniversary and with the release of his biopic Thackeray around the corner, we list the films in which characters based on him made an appearance.

Powerful and controversial people often make interesting film characters. Late Shiv Sena supremo Bal Thackeray has commanded respect in real life and often made his way into the reel life over the years. It was only a matter of time before he could get his own biopic, which is now ready and set to be released on 25 January. In the film Thackeray, directed by Abhijit Panse, Nawazuddin Siddiqui will play the protagonist.

This is not the first time that the late leader from Maharashtra has been explored as a character on the big screen. There have been at least five films (Hindi and Marathi) where characters either based on or inspired by Bal Thackeray have been explored by different actors. 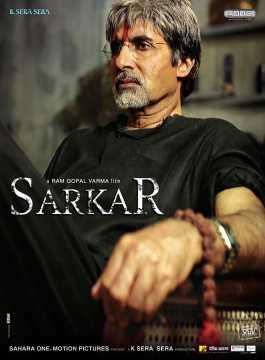 Amitabh Bachchan’s iconic character in director Ram Gopal Varma's film wasn’t named Thackeray. He was Subhash Nagre. But the filmmaker has admitted quite a few times that the character is inspired from Thackeray. In fact, he has also said that Bachchan’s line, ‘Mujhe jo sahi lagta hai woh main karta hoon’ was something Bal Thackeray told him in person. Like the real life politician, Nagre also enjoyed political clout. He was feared and loved in equal measure.

During an interview with NDTV, Bal Thackeray appreciated the finer nuances displayed by Bachchan in the film. “All my private habits, he [Bachchan] has actually portrayed [sic],” said Bal Thackeray. The performance also made him suspect that someone close to him might have leaked information about his habits. “At least some insider must have given him these guidelines,” he added. The character was later repeated in Sarkar Raj (2007) and Sarkar 3 (2017). 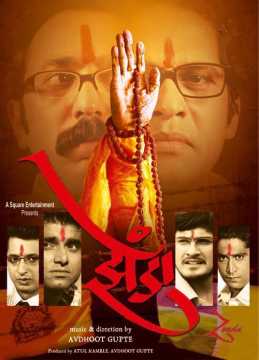 The character of Balasaheb is named Kakasaheb. However, his face is never shown, maybe to play safe. The audience is only shown his hand with a rudraksh mala [chain] on it. In one instance, we see Kakasaheb's back, but it still does not stop from his presence being felt strongly throughout the film. 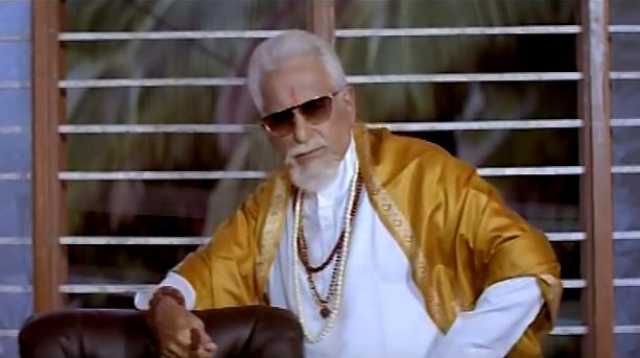 Only a year after Zenda, another film with the same story of Raj Thackeray breaking away from Shiv Sena was tried by director Pradeep More. Veteran actor Ramesh Deo played the character based on Bal Thackeray, who was again named Kakasaheb (so much for originality?) He was convincing in the film in terms of looks. But unfortunately, his personality didn’t resemble the real Bal Thackeray.

2014 Raj Ka Rann also added a fictional element whereby the two warring cousins reunite for the welfare of Maharashtra. The end result is achieved in an unintentionally hilarious manner. In fact, the whole film was such, but that’s a story for another day. Santosh Juvekar was a common point in Zenda and this film. He played a die hard Jan Sena member in the 2010 movie while he played a level headed youngster here. 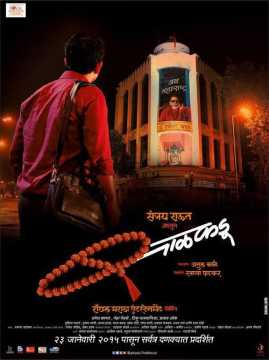 Atul Kale’s Balkadu revolved around Bal Thackeray, who was present throughout the film. But there was no actor playing him. The film told the story of a school teacher Balkrishna (Umesh Kamat) who worships Thackeray so much that his spirit starts talking to him. Ultimately, it motivates him to start a movement for the welfare of the Marathis.

The story of the film was such that the makers used a mimicry artiste who convincingly dubbed for the character of Bal Thackeray. Strangely, they never revealed the name of the artiste.

Mahesh Manjrekar’s Bhaai: Vyakti Kee Valli is a biopic on the late legendary humorist Purushottam Laxman Deshpande aka Pu La Deshpande. Bal Thackeray was close to Deshpande in real life and we see this in the film too. Sarang Sathaye plays the late Shiv Sena supremo. His is the most gentle version of Bal Thackeray shown on screen.

During a recent interview, Sathaye said that he was taken by surprise when Manjrekar offered him the character. He will have a bigger role in the second part of the film which will be out on 8 February.

There has been speculation that Nilu Phule’s character in Mahesh Bhatt’s classic Saaransh (1983) was loosely based on Bal Thackeray. The actor resembled the late politician and he played the powerful head of a political party known for its aggressive ways. His party had its strongest hold on Mumbai’s Shivaji Park, which is Shiv Sena’s den. Interestingly, the character’s surname Chitre faintly rhymes with Thackeray.

There was also a fleeting reference to Bal Thackeray in Mani Ratnam's Bombay (1994) in the form of a Hindu leader [played by Tinu Anand]. The makers had to take the Shiv Sena supremo's approval before releasing the film.