With Tony I wanted to show that a good script doesn’t need stars: Vipul Rawal


Tony is a psychological suspense thriller about four psychology students who undertake a project to study Tony, a serial killer.

A still from Tony

Vipul Rawal is no stranger to taking risks. After quitting the Indian Navy, Rawal joined a night call centre to focus on his writing in the day. In the last decade or so, he has established his name in the industry with films like Iqbal (2005) and National Award-winner, Rustom (2016) to his writing credit. Now the writer has turned to direction and production. At the Diorama International Film Festival & Market (DIFM), Rawal directorial debut film, Tony was screened.

Tony is a psychological suspense thriller about four psychology students who undertake a project to study Tony, a serial killer. Their encounter with Tony unearths a complex tale of confession and absolution.

Speaking with Cinestan.com about his foray into filmmaking on the sidelines of the film festival, Rawal said, “After Rustom I wanted to do something else. I always used to tell people that to make a film, one doesn’t need stars. I decided to put my money where my mouth is. With Tony I wanted to show that good script doesn’t need stars, all you need is good actors and a good script,” said Rawal. 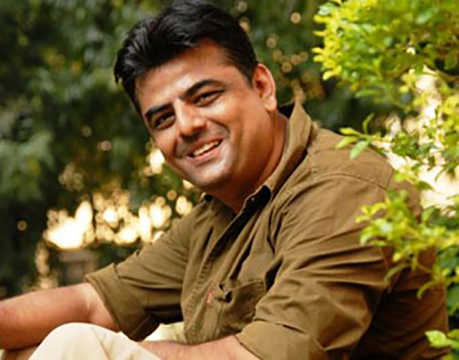 Shot on a schedule of 20 days in Mumbai on a small budget, Rawal is thrilled to take Tony to various film festivals. Last year, the film had been screened at the Jagran Film Festival. “This is the first time I am producing and directing so it was a learning experience. I am excited to see audience response at festivals. It’s unfiltered and unbiased.”

The rise of digital platforms like Netflix in India is slowly pushing the industry to focus on writing.

Writers, Rawal believes, are finally getting their due in an industry guided by big banners and stars. “Netflix has changed the game, but we need to create original content. It’s a very exciting time to be a writer if one can think originally,” he affirmed.

“In India, you’ll find a story at every 5 kms. Storytelling keeps evolving every 5 years. We’re going through that change now,” Rawal said.