Chef Khanna spoke exclusively to us about what inspired him to make his first feature film, The Last Color, and the joy of working with actress Neena Gupta.

The recently released trailer of The Last Color transports you to the streets of Vrindavan, where you see visuals of a widow, forbidden from playing the festival of Holi, and a young rope-walker girl forming a bond, jump at you. What is surprising about the compelling trailer is that the man helming it is actually a chef by profession, Vikas Khanna.

Khanna is a Michelin-star chef, and his transition to filmmaking has surprised many, including himself.

As India's star chef for the last 30 years, Khanna first published his first fiction novel The Last Color in August this year, and then went on to make a feature film based on it too.

"I am surprised with myself. So I new people were going to be surprised too," says Khanna.

"I never saw myself doing anything apart from food. These things move in your mind and your work slowly. For 30 years I have worked only with a stainless steel kitchen. I have done documentaries before but they were all food and faith related. That was up my sleeves because I knew every aspect of it and I was also learning," he says.

The Last Color is all set to travel to the Palm Springs International Film Festival in California, USA, taking place from 3 to 14 January, and Khanna is looking forward to attending the festival premiere.

The film is set in Vrindavan, known as the 'City of Widows' for the sheer number of women who find shelter there after being shunned by their families.

Khanna's film is about a a 70-year-old widow, Noor, played by Neena Gupta who strikes up an unlikely friendship with a nine-year-old flower seller, Chhoti, played by first-timer Aqsa Siddiqui.

Khanna says that Gupta was a complete joy to work with.

"Neena ji needs no instructions. She understands the role so beautifully. It's art. She knows the feeling and then she keeps improvising. She gives one shot and it's perfect. But she would say Vikas take 2-3 more because, sometimes [there are] technical errors," he says. 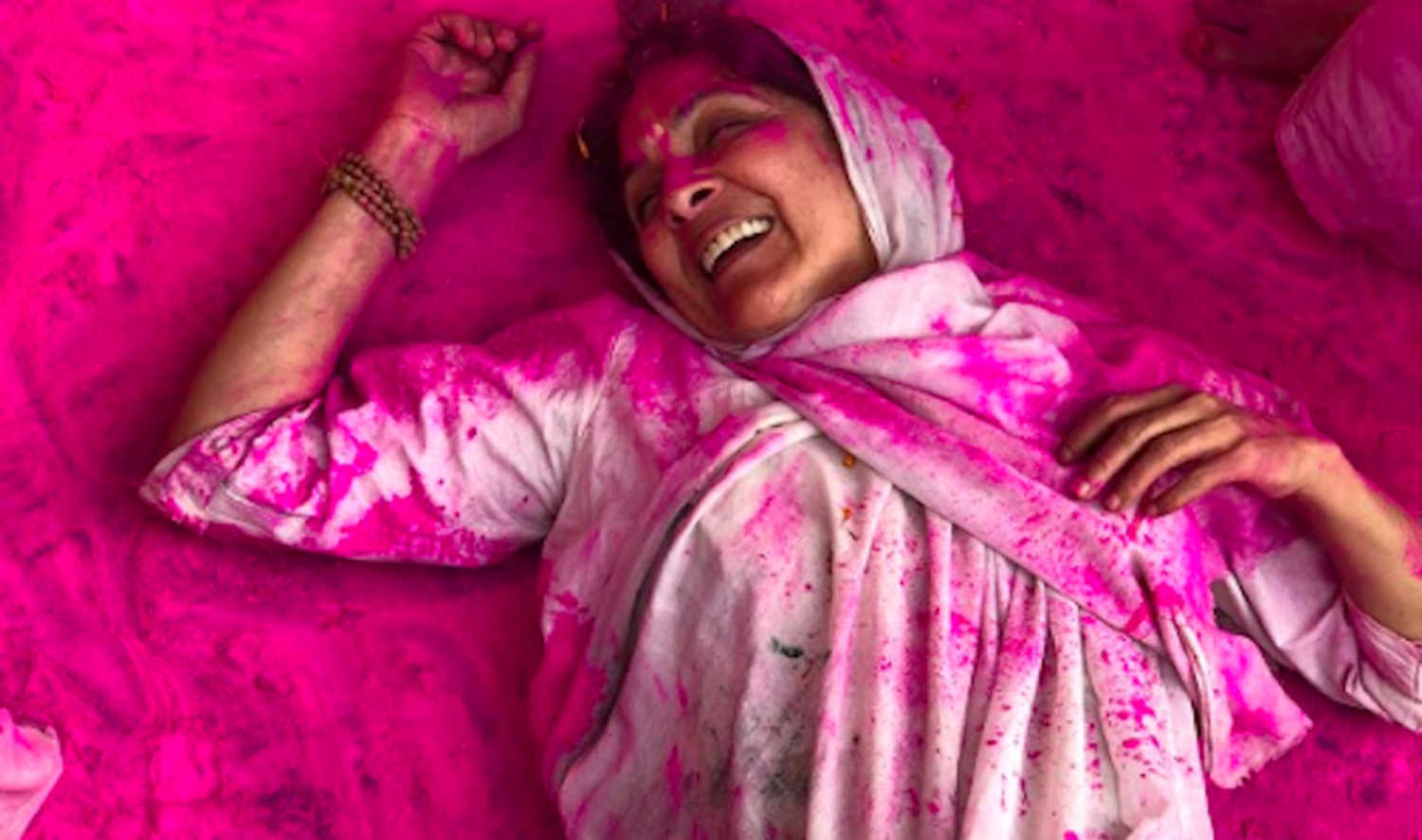 Khanna is a huge fan of Rabindranath Tagore's work and wrote a line especially to pay tribute to the writer.

"I am a huge fan of Rabindranath Tagore, and I didn't know how to complement him. So I wrote this line — Ganga ma bhi Tagore ke ghar jati hogi kavitaye sunne ke liye'.... like a river changed her course because of Tagore. I didn't know if I could give a more poetic and bigger tribute to him," says Khanna.

Explaining how he incorporated the tribute, Khanna says, "There is a extreme close-up scene where the camera had to move towards her. She and the rope walker are now dear friends. Their life has become hell in the city and Neena ji is holding the girl close to her, and saying we'll run away, but 'kahaan jayenge?' The girl says 'Tagore ke ghar chale'. The girl doesn't know Tagore actually. Neena ji says 'Ganga ma bhi Tagore ke ghar jati hogi kavitaye sunne ke liye'."

Praising Gupta for carrying off that scene beautifully and getting the crew teary-eyed, Khanna says, "Neena ji just asked everyone to be quiet before the shot. It was shot in a dark room with a small light. So she says the dialogue, the camera is moving towards her and a tear comes out at the right time. She does the shot, and immediately turns to me and says 'theek ho gaya, ek aur le?'. And me and my DOP were crying behind the camera. We were like Neena ji stop doing that to us." 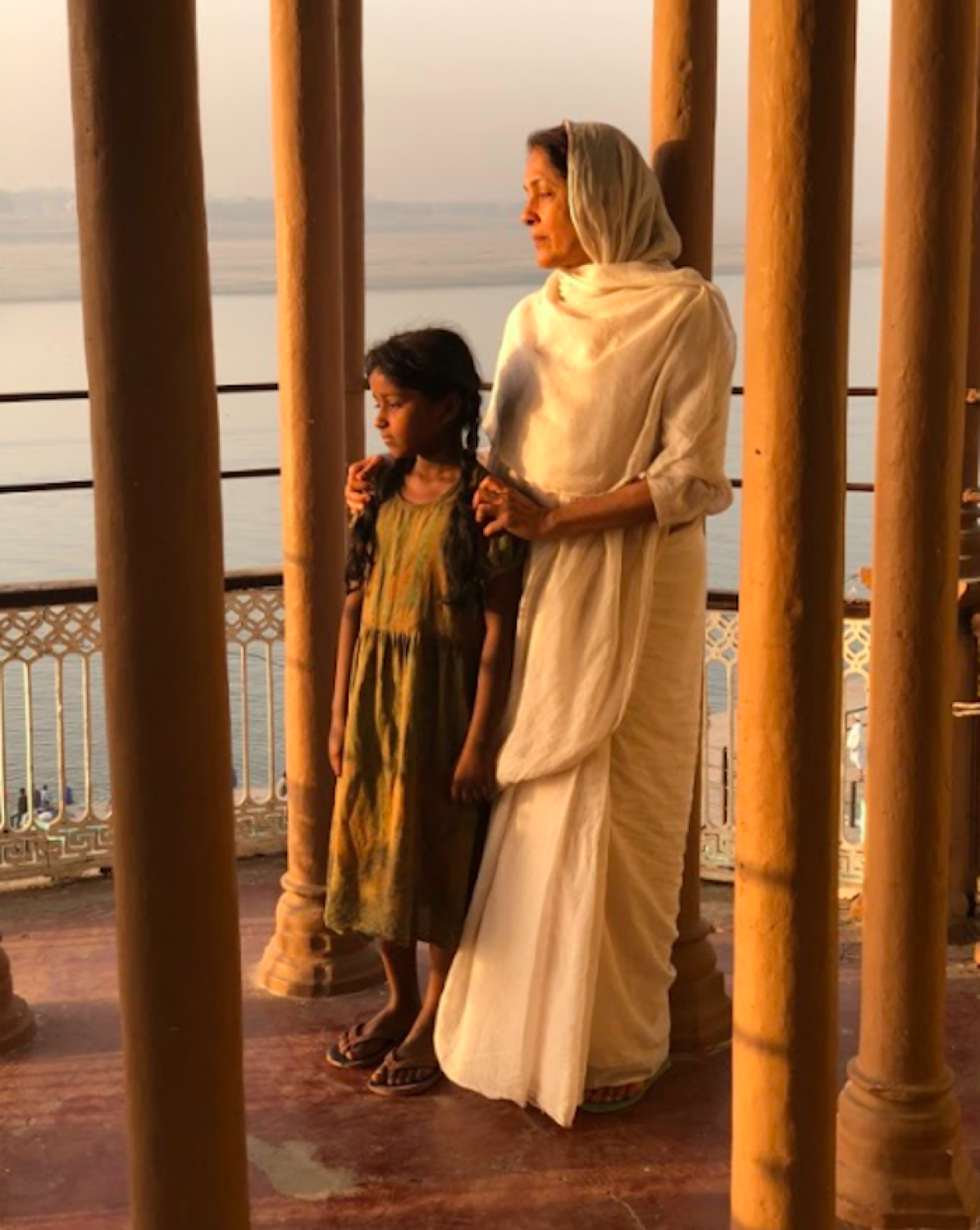 But how did this subject of Vrindavan's widows appeal to Khanna in a way that he felt compelled to don the director's hat himself?

On his visit to Vrindavan in 2011, something he saw "broke his heart", and every time he saw "food and colour that story would come back" to him.

"It was in 2011 when I was shooting for my book on food in Vrindavan. As we finished the shoot and I was about to come out of the mandir, the guy with me said 'there's a lot of rush ahead so let's leave from behind. In those bylanes I saw hundreds of widows standing on the side of the road, in balconies and terraces. The roads were coloured. We were totally drenched in colour. And they were in absolute white," he said.

The passion for the subject was palpable in Khanna's voice.

"The guide said something terrible to me. He said 'inka saya bhi apshagun hota hai' [even their shadow is bad luck]. I was like we are in the 21st century, and no one's questioning this belief? I looked at these women, and there was this one who was 90-plus. Maine usko namaste kiya [I greeted her]. This sounds cliche but that smile from her... I went back to New York and wrote a small essay, but it didn't come out anywhere. And I got into running Michelin-star restaurants and three shows, and I have to write 4-5 books every year. So I got back into the grind. But it stayed with me," says Khanna.