At a discussion on the financial success of Marathi cinema in 2018, the director lashed out at the media and a section of the audience for targeting his film Mulshi Pattern for its content.

At a panel discussion organised by the Akhil Bhartiya Marathi Chitra Mahamandal at the 17th Pune International Film Festival 2019, producers and directors of films that had made a mark at the box office in 2018 came together to discuss what worked for Marathi cinema last year.

The conversation on how certain films managed to make more money than others, turned colourful when Mulshi Pattern director Tarde took the microphone.

Tarde's Mulshi Pattern ended the year on a high as it went on to become a huge hit. 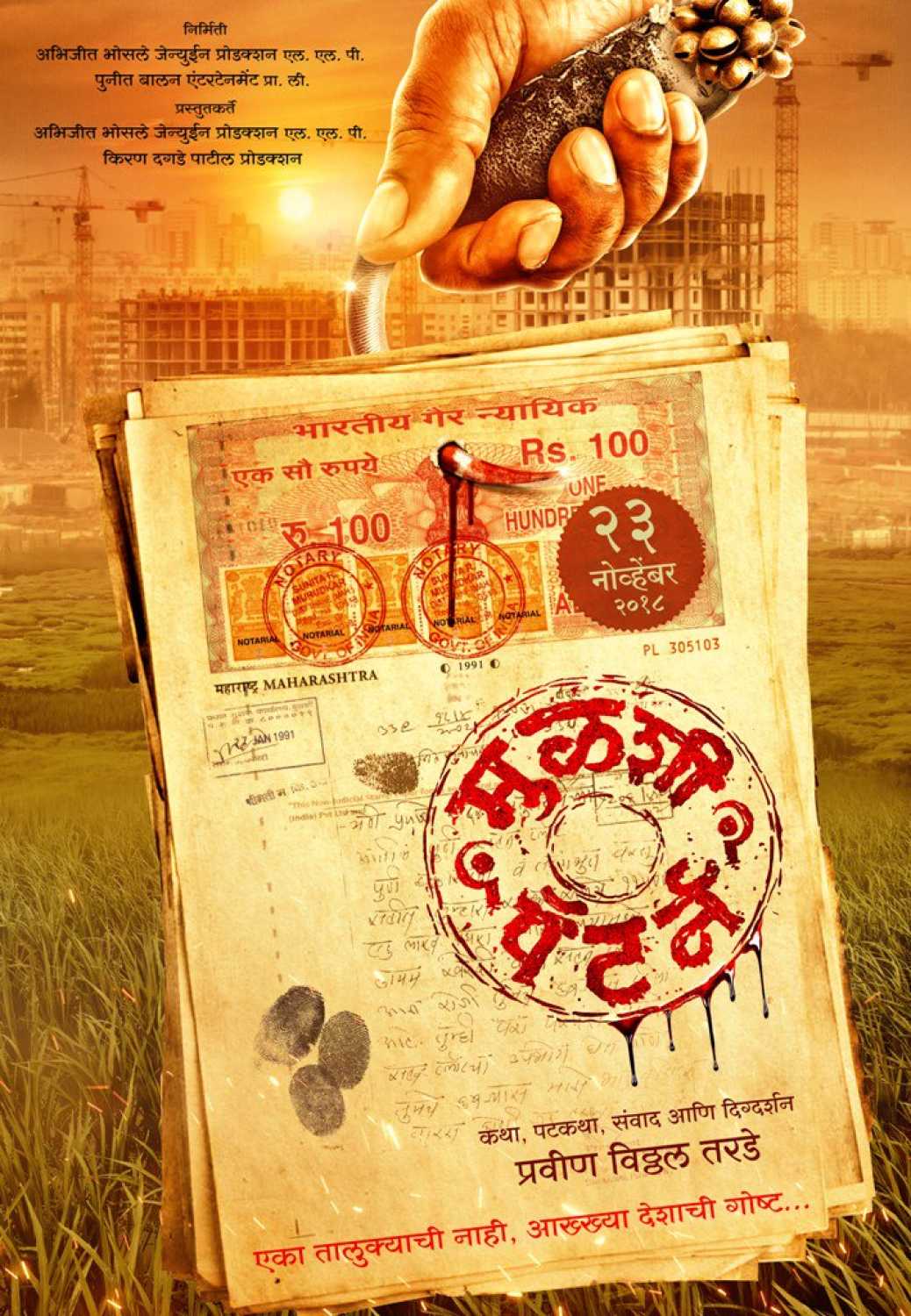 While speaking about the film, the director urged people "to try different paths" instead of following the norms.

"The regular Marathi film going audience gets disturbed when a man arrives in a Fortuner wearing those loud clothes and goggles. The audience that was watching [Hindi films] Dabangg (2010) or Sultan (2016) wasn't watching Marathi cinema. He didn't find it necessary to watch Marathi films. So we have created what he wanted," said Tarde about his commercial brand of Marathi cinema.

His film Mulshi Pattern got entangled in controversies around its release with allegations from certain sections of the media, saying that the film glorified criminals.

"Which journalist decided that my film was siding with criminals? Whoever has watched the film, do you feel it sided with the criminals? This is where the press goes wrong. A certain journalist from a newspaper didn't review my film because I said this," said Tarde.

Tarde's film is a dark portrayal of the hardships faced by farmers from Mulshi, near Pune, and the flaws in the system that force a farmer into a life of crime.

"The film was made for farmers. It was your responsibility to write and discuss about this film. A person with his own views should not be in the media. A person in the media should have social awareness. Don't say something without having knowledge about a subject. People attacked my office because a journalist said that my film was about the life of criminals," he added.

On the criticism that his film was full of expletives, Tarde said, "Don't Marathi people abuse? Abuses are a part of the way many in Maharashtra speak too. Why do people get disturbed when a different kind of language is used?" he questioned.

The director said that it was equally media's responsibility to make Marathi cinema bigger and bigger by encouraging all kinds of films.

"If you are going to only appreciate cinema made only in a certain bracket, filmmakers won't find the courage to make different kinds of films," said Tarde, referring to the urban intellectual cinema that the Marathi audience and critics tend to lap up.