The director emphasized that the language, attitude and crisis of the characters are set in Kolkata of 2017.

Ever since the announcement of the film, there have been speculations on whether the film is a remake of Pinaki's version or a contemporary adaptation of the novel.

In a press conference, both Anjan Dutta and Parambrata Chatterjee, who play important characters in the film, stated that Srijit’s version retains the core essence of the novel, but places the story in 2017.

To make the story contemporaneous, Srijit has made significant changes in the film, which will be released on 18 January. 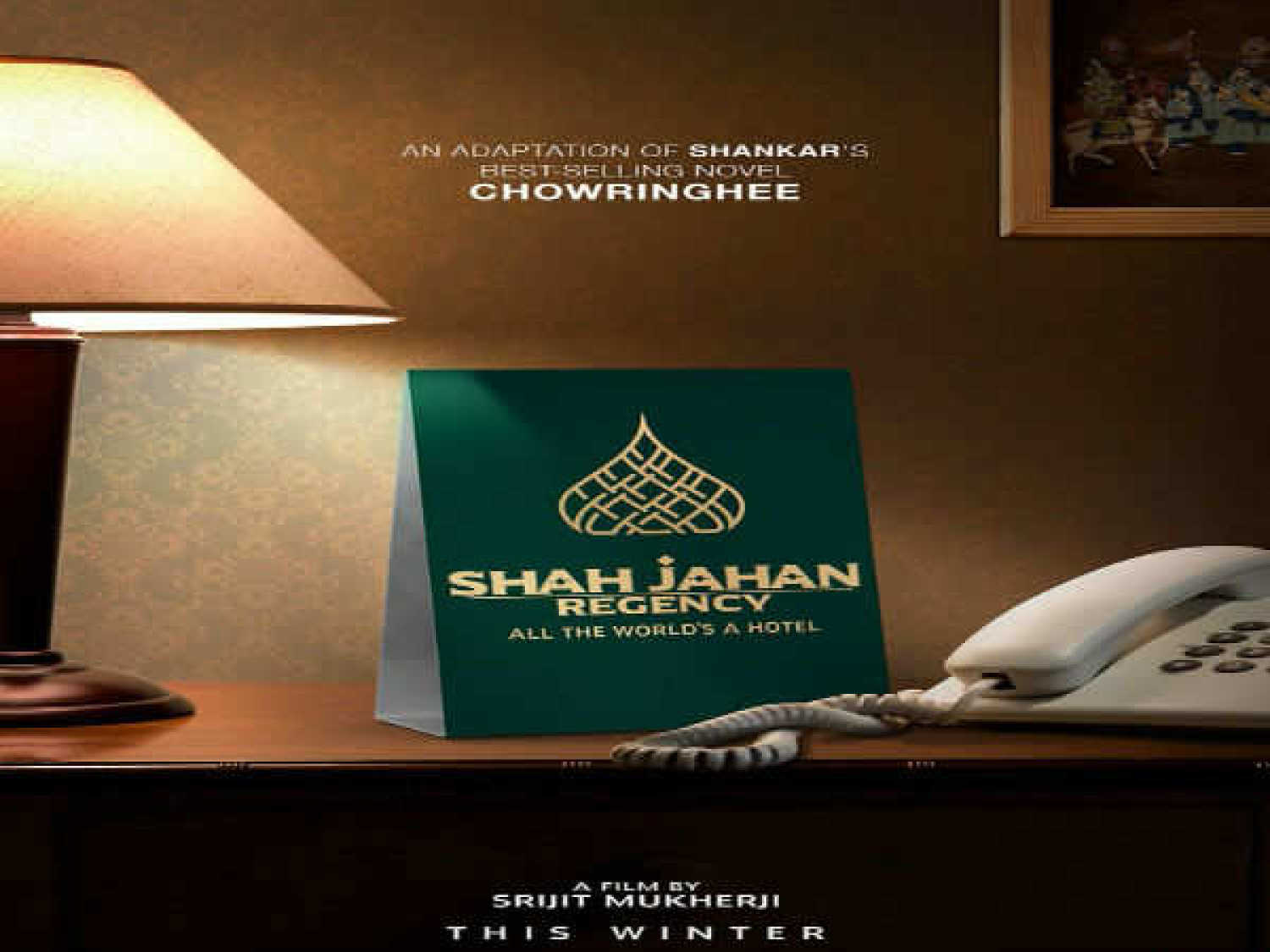 To many, including Anjan and Prambrata, Chowringhee, the film ended up as the story of Sata Bose-rather than the one written by Shankar.

Upon being asked whether there is a chance that Shah Jahan Regency could turn into Srijit’s Chowringhee, the director said, “Chowringhee has always belonged to Shankar and will. In my film, I have loyally followed the novel and have given all the characters equal importance. Nobody is carrying the story on his shoulder; the film tells everyone’s story. All I can say is that the film will explore Kolkata with Shah Jahan Regency’s lenses.”

Srijit’s Shah Jahan Regency’s is set in 2017 Kolkata. “You can hear Shankar (protagonist) in the trailer saying 'My story is Chowringhee reborn in 2017'. What I mean is that there is so much difference between 1950s Calcultta (in which Shankar’s novel is set) and the present Kolkata that it almost seems like a different birth. I have juxtaposed the Calcutta infested with English men, old Chowringhee locality, bark of foxes with that of today’s Kolkata. Shankar’s Chowringhee is a memory from the previous birth of the present Kolkata,” explained Srijit.

The director also emphasized that the language, attitude and crisis of these characters are set in the context of 2017. “The crisis have changed according to the age, but the actual equation between the characters has remained the same. Suppose, in the novel the German industrial collaboration created a lot of noise because in those days it was a big deal, but now it is not. I had to make these significant changes,” justified Srijit.

Srijit had to do a lot of research for the casting of the film. “First of all it has a huge star cast and the characters are iconic. I was sure about a few actors, for example for Swastika and Parambrata the characters are tailor-made. On the other hand, Mamata Shankar will be seen in an entirely unexpected role. The character of Anjan Dutt is also unlike the characters he enacts,” elaborated Srijit.

Srijit had reportedly cast Prasenjit Chatterjee in the character of Samy; however the latter withdrew, thinking that he will look more aged than the character. “Previously I had conceived the character in a different light but then if an actor becomes too conscious about his age while playing the character the discomfort reflects on screen. I did not want to take that risk. An actor needs to surrender completely to the character; if that doesn’t happen spontaneously then it becomes unfair for both the character and the actor,” exclaimed Srijit.

The director started to gain interest in doing a split album for a single film since Praktan’s (2015) music became immensely popular. “I started getting curious thinking whether a split album carries any special advantage over single albums. I have worked with several lyricists in a single film, but this is the first time I am working with two different composers in a film and I have really enjoyed it, he said.

Shah Jahan Regency’s music has been composed by both Prasen (Prasenjit Mukherjee) and Anupam Roy. The lyrics have been written by Dipangshu Acharya and Ritam Sen.

One of Shah Jahan Regency’s songs, 'Kichhu Chaini Ami' by actor Anirban Bhattacharya, who also reprises the character of Biswajit Chatterjee in the film, has gone viral. “I used to listen to Anirban humming those lines while shooting and previously I had heard him singing in theatres. Anirban’s voice has a lot of depth and masculinity. Also, I felt that a certain amount of acting is required to sing this song. Anirban has brought out the nuances of the song beautifully," said Srijit.

Shah Jahan Regency is also the first film Srijit has produced. However, according to him, he did not feel any additional pressure as a producer as he is used to taking all the responsibilities while making a film. “Apart from the creative decisions, as SVF [production house] is almost like my family, I generally take part in all the decisions of the producers as well. However, I would say that now when I see my name as the producer in the credits, I feel my responsibilities have now increased manifold. Later on, when I will produce somebody else’s film, I will have to be careful about my decisions,” explained Srijit.