PIFF 2019: Court in Khatla Bitla is a court of our dreams, says Paresh Mokashi


The director spoke exclusively with us on the sidelines of the 17th Pune International Film Festival about the making of his film Khatla Bitla and constructing a quirky courtroom comedy.

In Khatla Bitla, the acclaimed filmmaker, who has given us gems like Harishchandrachi Factory (2009), Elizabeth Ekadashi (2014) and Chi Va Chi Sau Ka (2017), gives us a ridiculous courtroom comedy that explores the theme of societal prejudices when it comes to physicial appearances.

Mokashi's protagonists are Deepali and Shravan, who get discriminated on the basis of their dark skin and baldness, respectively. Madness ensues when the two are caught trying to attempt suicide and are tried in an imaginary fasttrack court for it.

The director's quirky take on a realistic issue like discrimination and prejudices in society is quite unique.

While the filmmaker deals with about 10-12 primary characters in his plot, there are a total of about 60 characters present in court when the film ends.

In an exclusive conversation with Cinestaan.com, the filmmaker spoke about creating a quirky courtroom, dealing with a multitude of characters and what drove him to see humour amidst the grim realities of life.

Your films always have this trademark quirky humour that unfolds amidst some of life's grim realities. Why do you like taking this route?

There is a word in Marathi called 'pind'. Everybody has their own pind... his own style, his take on things. And we have seen many such writers and directors in the past who have looked at things differently. By differently I mean non-realistically. We can make this broad division - realistic take and non-realistic take. And this kind of take or outlook can be considered as non-realistic, where in you take a realistic situation or problem and look at it in a non-realistic of way, in terms of tackling a particular issue or subject is not like any other realistic film, play or writing.

So some people just have that kind of pind or way of looking at things. I don't have to make any special effort to be that way. So just like some people think of a realistic treatment for a story, the same way I just naturally think of subjects in this twisted and quirky way.

You have so many characters in the film and all of them are in court together at one point. And every primary character is memorable in that huge crowd of characters. How do you work towards that?

Once you get what the situation in the film is going to be, you work accordingly. So you know that a legal case is going to happen in court. So when it comes to a court, there will be a judge, the lawyers, the police officers, a clerk, perhaps a peon if required. But from the beginning we had it in mind that it has to be a special court because things are going to happen very differently here. The proceedings are going to happen in a very open environment. It should almost feel unofficial. Thinking from that point of view we decided on the characters we wanted to incorporate. So for your story and the place where it unfolds, you first try to understand how many characters you require technically. Then after that you start working on how each of the characters could be different and what will their special characteristics be. So to do that you first have to clear how many characters you really need to be able to tell your story.

We could have squeezed in a few more characters, but that wouldn't have made a difference. Increasing the characters doesn't increase their contribution to the story. Since this court wasn't realistic I could take these liberities. In fact, if it was a realistic depiction there would have been a few more court employees and other characters present. 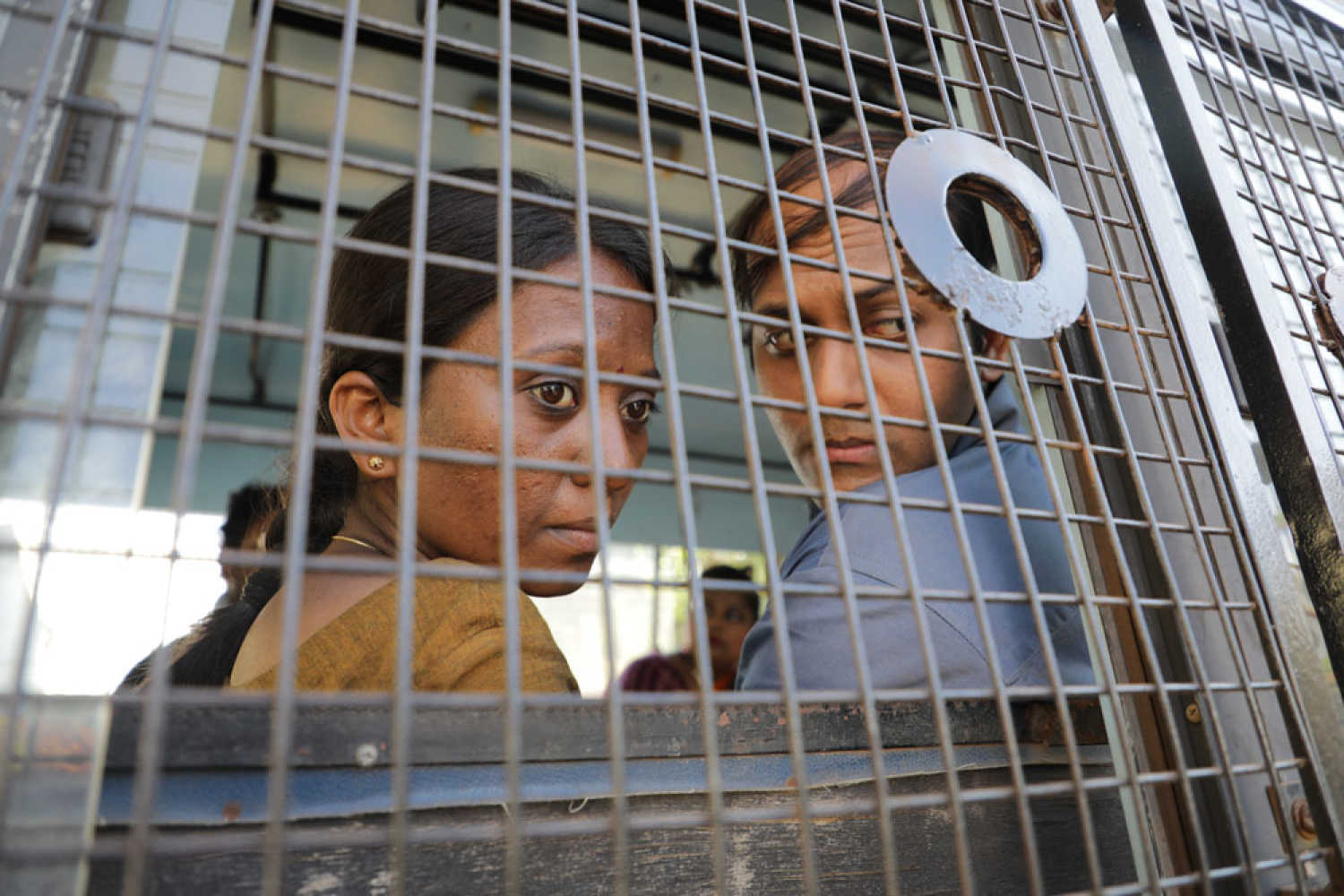 How did you take a serious subject like prejudices and discrimination of the society on the basis of skin colour and baldness for women and men and turn it around?

So a thought comes into your head about colour and baldness and you wonder if something can be made on this subject. You can actually make anything you want on any subject. But what possibilities that subject throws up in your mind is what is important. We discuss about 100 different subjects. Madhugandha and I constantly discuss. But perhaps one truly appeals and you feel there is something significant in this. So once we feel that then we keep taking it forward.

The subject may be issue-based because we know people actually commit suicide because of these reasons. We read about it in the news. Some people's marriages break or they lose out on jobs because of this. People go through so many bad experiences because of these prejudices.

But who created all this? We human beings have. Instead of laying importance of qualities and values we are focusing on the dark [skin] colour and baldness. So from a personal issue it goes on to becoming a problem that humanity or the planet is facing. And that's why I have included the earthworms and buffaloes, which people will get once they watch the film.

Please elaborate on the inclusion of the buffalo and earthworms, beyond their requirement in the plot development.

My point was that we don't see this discrimination in other animals in nature. This is created by human beings.

So the Khatla Bitla or a trial is constantly on between these animals, human beings and the planet on some level.

When making a film these kind of things come to you subconsciously. You can't do it deliberately. It just comes to you.

The camerawork plays an important role in Khatla Bitla. While the camera moves around to capture all the characters and action in the courtroom, the scene in the climax, outside the court, had a still camera and it unfolds like a theatre piece. Tell me the idea behind this.

The court in my film is a very different court. It is a court from your or my imagination, don't you think? Shouldn't the real court be like this? Where people have the freedom to speak, justice should happen and it should be swift. That's the expectation. This is the court of our dreams. That's why it's open, with a happy-go-lucky and moving camera.

But in the outside world there are all these biases and restrictions. People are suppressed by invisible societal norms. That is the reason why we kept the camera still to create that restricted treatment. So that treatment has been used for every scene that takes place outside of the court. That's why that theatrical feel gets created. The theatrical feel was intentional. It got created because of the treatment.