In 2017, India took top spot as the country producing the most number of films (fiction, animation, and documentary). As per the UNESCO Institute for Statistics, India produced a staggering 1,986 films that year.

Given the large numbers of films being produced, there is always a battle for suitable release dates. The stars pick and choose their dates, leaving the smaller films to fight it out with one another.

Farhan Akhtar's long overdue acting debut vehicle The Fakir Of Venice was also lined up for release on the day, but trade sources suggest the film has been pushed to 8 February.

There is one thing common to three of the four films left in the fray: Why Cheat India, Rangeela Raja and Fraud Saiyaan, all films with very different plots, also boast of dubious protagonists.

Indeed, it is rare to recollect a day in Hindi cinema when audiences were exposed to so many dubious protagonists on one day. Curiously, even The Fakir Of Venice has a con man at the heart of the story.

“But beyond the Bhagat Singh films, I can’t recollect a day when films with such striking similarities were released,” he added.

Fraud Saiyaan director Sourabh Shrivastava acknowledged the similarities but explained why we get to see these grey characters.

“There is a positive and a negative side to each character," Shrivastava explained. "When a person does something wrong, he doesn’t think that way, for there is often a reason for his action, He will look for a logic to justify the action. People make money through honest or dishonest means. The commonality among the protagonists of these films is that they are all making money. What differs is the route each takes.”

Producer Pahlaj Nihalani admitted that his lead character Raja is 'colourful' but insisted he is not a crook like the protagonists of the other films. “Rangeela Raja is colourful, but he is also honest," he said. "His wife knows about his philandering. He has never hidden it. On the one hand, we have Raja, but then we have his twin who is an honest, righteous man.”

“Without watching any film, you can’t say there is a similarity," said Nihalani. "Subjects may be similar. Prakash Mehra’s Jwalamukhi (1980) and Dasari Narayana Rao’s Jyoti Bane Jwala (1980) had similar stories but the former flopped while the latter was a huge hit. So, you can’t judge by the similarity. I believe if the picture is powerful, then even without marketing, it will run.”

Film exhibitor Akshaye Rathi agreed, saying the odd similarity will not affect the films' prospects at the box office. “It is an interesting observation you make [about the nature of the protagonists], but all these films cater to different audiences," he said. The bottom line is that these stories need to be engaging and unfold in an entertaining way. What the protagonists are, what characteristics they have, is immaterial. Munna Bhai [Sanjay Dutt’s famous character from Munna Bhai MBBS (2003)] was a goon. But he was a lovable and interesting character. In those two and a half hours, it was a joyride So, eventually, that is what matters.”

Sourabh Shrivastava had a slightly different view. “This is a difficult situation for the producers," he said. "Today, most families can perhaps afford to watch just one film in a week. The advantage the audience has is social media, where they get access to hundreds of film reviews. So, it becomes easy for them to chuck out a film if it gets bad reviews. All they need to do is type on Google search the film name and review and get to know where to spend their money.”

The Fraud Saiyaan director pointed out how critics, too, are compelled to give genuine reviews. "With so many people reviewing films on social media, the critics, too, are under pressure to give fair reviews. If they go wrong with one, or are not honest, readers will switch to the competitors. So, I think the audience is in an advantageous position.”

Fraud Saiyaan was completed four years ago but then got stuck in a limbo. Shrivastava had given up hopes of the film seeing the light of day. But last year, producer Prakash Jha revived the film and called him for a screening. Shrivastava was disappointed with how the film was re-edited and felt it wasn’t his film anymore. In fact, he had requested that his name be removed from the credits.

Emraan Hashmi’s Cheat India was earlier slated for release on 25 January. But it has now seen a ‘Why’ added to its title and the release has been advanced by a week, to let the Thackeray biopic compete only with Manikarnika: The Queen Of Jhansi.

Irrespective of any common trait to the protagonists, Nihalani believes a film needs the right showcasing to succeed. “Everyone is making movies to get the right showcasing," he said. "When you give the right playing time, only then can you pull people into the theatres.”

Protagonists are increasingly playing anti-heroes. In a recent group interview, Ranveer Singh felt that this transition has been in place for a while. Ranveer Singh played the corrupt cop who goes on to redeem himself in Rohit Shetty’s Simmba. 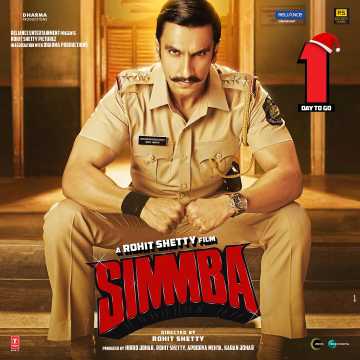 Commenting on the marked shift in the portrayal of cop characters, Singh said, “I think it has been around for a while. My first memory of a lovable role, archetype, in the mould of a police officer was Amitabh Bachchan’s Shahenshah (1988). When he is not Shahenshah, he is this lovable rogue cop. I remember Lakhan [Anil Kapoor’s character from Ram Lakhan (1989)], and then there is Chulbul Pandey [Salman Khan's character in the Dabangg franchise], even Singham (2011).”

Ranveer Singh had also pointed out how it was important for the characters to have their own identities. “All of them had similarities and dissimilarities, but a fundamental tapping of playing a cop in mainstream Hindi cinema is that you have as predecessors some cult characters. So the onus comes on the actor playing the part, and the responsibility of course, partly on the filmmakers and writer, that you try your level best to create a distinctively different character. The endeavour is to create so many distinctions that the character can have its own identity,” he explained. 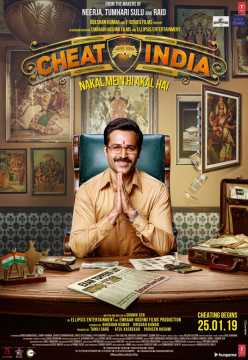 Emraan Hashmi said the righteous hero is passé. "Gone are the days when you had just positive or negative [characters]," he said in a recent interview. "That is just a reflection of what is out there in society. I think we all function in grey zones in our lives. I don’t think anyone is either squeaky clean or that bad. Yes, there are bad people but on the screen, it is kind of aspirational in a way where you have characters who do these things. You see why they are doing these things for the primary reason of making money, supporting a family."

Ranveer Singh is a rising star but the likes of Arshad Warsi and Govinda are no longer in their prime while Emraan Hashmi has struggled to make a mark in the past five-six years. Despite their characters having a few common traits, the three actors would hope their content is strong to win over the audience.