Rakesh Singh is like a wolf in sheep clothing, says Emraan Hashmi on his Cheat India character


Hashmi defended his character in Cheat India, why the caste system alone is not to be blamed for the corruption in the education system, admitted to having cheated in his exams and much more.

In the ever busy world of the media, it is a task to get one-on-one interviews with actors. The big stars are choosy and it is practically impossible for them to speak to each and every publication.

So when you get an invite to a one-on-one interview with Emraan Hashmi, you do accept it gleefully. However, there is a rider here, as there’s not much time promised, and besides, it is being called a trailer interview.

The actor spoke to Cinestaan.com and a couple of other journalists in a short, but engaging conversation.

Hashmi defended the anti-hero Rakesh Singh, his character in Cheat India, why the caste system alone is not to be blamed for the corruption in the education system, admitted to having cheated in his exams and much more.

Cheat India will be released on 18 January.

You’ve played grey characters before, but is Rakesh Singh is perhaps the odd one out?

He’s an honest cheater, he is like a wolf in sheep clothing. He looks like a sweet professor or businessman, but he is the biggest crook involved in the education system. He is an unassuming character. He is a nice guy, but he has this devious side to him of making money.

The one line that stuck to me from the trailer is the one where Rakesh says he is ‘neither a hero, nor a villain, but a player’. Is 'player' a new definition for an anti-hero in the film industry?

I think in those few words, Rakesh defines himself as the anti-hero. I have made a living out of playing anti-heroes. It is just a norm. Gone are the days when you had just positive or negative [characters]. That is just a reflection of what is out there in society.

I think we all function in grey zones in our lives. I don’t think anyone is either very squeaky clean or that bad. Yes, there are bad people but on the screen, it is kind of aspirational in a way where you have characters, who do these things. You see why they are doing these things for the primary reason of making money, supporting a family. So, they are bad, but you are funnily vouching for them as an audience member. It is weird for myself to be vouching for anti-heroes, although they are doing bad things on the screen. But you make them empathetic by putting in core family values or whatever the basic needs that we all connect with as human beings.

So, yeah, I think [player] is the definition of the anti-hero. We have kept him as a guy, he knows he is a hero for students, he knows he is a villain for the faculty or the justice system. He says he is neither of these, but he is merely making money. This is what I do.

The caste-based reservation system is often said to be a strong reason why where there is corruption in the education system. Is it fair to pin the blame just on the caste system in India?

No, not just that, it is just one of the reasons. When you look at university seats, when you want to get out of college and get admission to a university, you have a couple of lakhs students in that college. They go ahead to join various universities – be it management, medical, whatever, you are giving them a couple of thousands of seats. You don't have the infrastructure to take them [over and above] those 1,000 seats.

You have a government quota, that is already been taken, and it's badly fudged. There are recommendations by ministers, they [some students] don't even fit into the Scheduled Castes, Scheduled Tribes [quota], that again corrupts the system further. The meritorious students don’t even get the seats, because there is a quota, and then there are additional seats where people are paying money and getting through by unfair means. Where does that leave the meritorious students? They just can’t get a place in these universities. That is why we get to see so many suicides.

Wonder whether you ever indulged in cheating at exams? 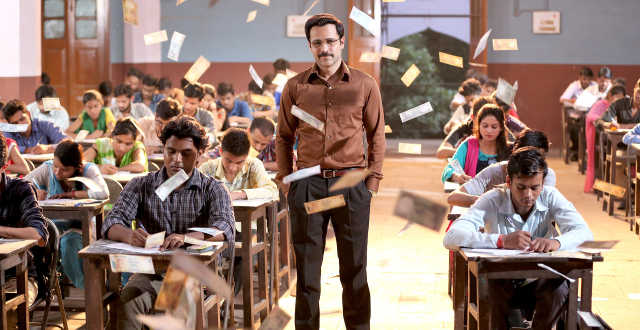 Yeah, I have but it wasn’t planned, but the invigilator just let us. Everyone in the class copied, and we passed out with flying colours. Apart from that, I have another examination, where there was a major paper leak. A lot of students in my class had bought that paper, and it just turned out that the paper was faulty. They all failed, I saw girls crying in the class.

Whenever an actor has social drama releasing there is often this cliched criticism that actors only speak on social issues when their films are around the corner. Leave aside the cliched criticism, but as a society don’t you think that there is fundamentally something wrong with us and that is why we have so much of corruption?

That is why need more films like Cheat India. More producers and actors should make films like this. There are films that are based on socially relevant subjects, more should be made of this nature. It just starts a conversation at the end of the day. It gets people to start thinking about the issue. It might not solve the issue overnight, but definitely these are like baby steps to get people involved, and get talking about the issue. That is the fundamental reason why we made Cheat India.

In the past, our protagonists were righteous men, women who stood against injustice. But today, we’ve seen heroes who start off as corrupt characters but then redeem themselves. What do you make of this marked shift?

Well, you don’t know if [Rakesh Singh redeems himself]. Maybe that’s the case. But he is someone who is unapologetic about the scam that he heads. Yes, some people had imagined that he was some kind of professor, some thought that he was a whistleblower, torch-bearer before the promo came out. But people were very surprised at how he had taken this viewpoint through the eyes of the anti-hero of the guy who is actually heading the scam. So, I think it is a different, refreshing take. It is very traditional, stereotypical to have the hero come and save the day. This guy is probably the villain in it and then you see where it goes from there. That would be one way to go, but there would be another typical way to go. This was slightly more unique.

But do you think Indian audience have accepted characters like Rakesh Singh?

I don’t know. Guess, we will have to wait and find out when people see this film. I don't think there has been a film of this nature before. It is the first film on the education system, the first film of its kind where the guy who is heading the scam [playing the lead role]. We will have to see how it is accepted.

Cheat India is your first home production. What kind of films can we expect from this production house?

[Films] more of this nature. Entertaining yet those that bring about a certain message, that would be a bonus. Also explore different ideas, genres. But I have my way of seeing how genres are, so I can’t follow the same trend that everyone is following. It has to be different.

The last time that we [this writer] met, it was during the promotions of Raaz Reboot (2016). Back then, you were candid enough to admit that your career needed a reboot. Unfortunately, the film didn’t do well. In your assessment, where do you think it went wrong? 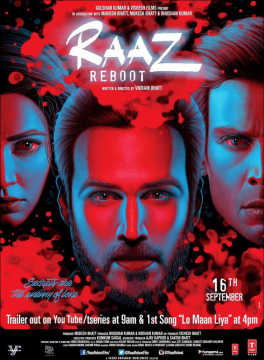 I am sorry, but I didn’t see Raaz Reboot. But I heard it is terrible. I’m guessing the analysis was right. But since I have not seen the film, I cannot answer your question. It is very important to just try and keep working. Success and failures are part and parcel, but never take both seriously. Just keep walking. The moment you stand and stop, keep thinking for too long, it just... [pauses] I don't know it is not the way to go.