After Bharat, Salman Khan tipped to play lead in remake of another Korean film, Veteran


Salman’s brother-in-law Atul Agnihotri’s production company is said to have acquired the rights for the Korean film.

Salman Khan, who is currently filming for Bharat, is tipped to play the lead the Hindi adaptation of Korean film Veteran (2015), as reported by Variety.com. Reel Life Production, that is owned by Khan’s brother-in-law Atul Agnihotri and sister Alvira Khan, has reportedly acquired the rights for the film.

Efforts to reach to Alivra and Atul Agnihotri didn’t elicit a response. If true, this would be the second successive remake of a Korean film that Salman and Agnihotri will undertake. Salman's Bharat is the official adaptation of Korean film Ode To My Father (2014). 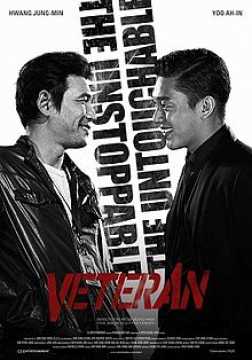 Directed by Ryoo Seung-wan, Veteran (2015) is a cop thriller that had Hwang Jung-min playing the tough cop Seo Do-cheol who is out to nab the power wealthy Jo Tae-oh (Yoo Ah-in). A commercial success, the film had also won the Best Film at the 48th Sitges Film Festival.

Salman has been part of remakes from South Indian films. The remake of Veteran would be the third international film that Salman will star in. Before Bharat, Salman had played the lead in Tubelight (2017), a remake of the American film Little Boy (2015).