Krish versus Kangana: How star power queered the pitch for Manikarnika


While Kangana Ranaut has rubbished Krish’s accusations against her, a source closely associated with the making of the film suggested that the director from Hyderabad was on course to deliver a terrific film.

Krish and Kangana Ranaut have been at loggerheads, but what do the producers of  Manikarnika: The Queen Of Jhansi (2019) think of the controversy?

However, a source closely associated with the film's production team has suggested that star power perhaps spoilt things for the film.

“I don’t want to take sides, but whatever Krish is saying is true,” the source told Cinestaan.com on condition of anonymity.

Krish had blamed co-director Ranaut for his exit and for imposing herself on the film at the cost of other characters. He had also slammed Ranaut for removing Sonu Sood from the film and paring the scenes of artistes like Atul Kulkarni and Mishti Chakraborty.

The source claimed that everything was going smoothly, but things began to sour once Zee Studios asked for a few scenes to be reshot. "Krish and Kangana had done a terrific job," the source said. "The initial cut by Krish was about three and a half hours long. After further edits, the film would have been trimmed to a runtime of about 160 minutes. But Zee wasn’t happy with certain portions. It required some patchwork. At best 10-15 days of reshoot. However, we ended up shooting for a further 45 days.”

But why did the shoot extend so long? The source suggested that was because star power took over. "After Kangana saw the rushes, she felt certain characters were getting more mileage," the source said. "So she reduced their footage but she increased hers. The first sign of trouble came when Krish and Kangana differed over Sonu Sood’s role. Also, you cut Tatya Tope's (Atul Kulkarni's) part but decide to include one character Sangram Singh just because it adds to your screen space? Sangram Singh was not even part of the script..."

Sood was playing the role of Sadashivrao. He was then replaced by Mohammed Zeeshan Ayyub. The cost of production was initially Rs57 crore, but the additional shooting saw the budget rise to Rs100 crore.

In her text message to Krish and to writer Vijayendra Prasad, which was leaked by her sister Rangoli Chandel on Twitter, Ranaut claimed that Zee Studios had rejected Krish’s edit. But the production team source denied that. “They had not rejected it, they were not happy only with certain portions. Besides, Zee had not threatened to back out. They were upset and had asked Kamal Jain to bear the additional expenses.”

The source claimed that Jain held 15% of the film's IPR (intellectual property rights) while Pitti held 10%, with the rest being with Zee. “Jain had not invested any money, but he had to give up his IPR to Zee as the film went over budget," the source said. "Pitti held on to his IPR worth Rs12-14 crore. Zee now owned 90% of the IPR, so they pumped in more money to finish the project.”

If Zee had only some reservations, why did they let Krish go? The source claimed that was inevitable. “Zee had come too far to back down," the source said. "Ranaut was paid Rs9 crore for the film. Zee did what any other producer would have done, backed their star. Star power rules. That is how it works in our industry. Zee had already spent Rs57 crore. Krish had committed dates to the NTR biopic. He could have still put in a week but now Kangana was calling the shots.”

But what about Kamal Jain?

“Jain was only executive producer," the source claimed. "He did not invest any money. He and Pitti had travelled to Hyderabad to sign Krish and Vijayendra Prasad. Krish was signed for Rs4 crore, while Vijayendra Prasad got about Rs2 crore. Zee came on board later. These artistes had signed the contract with Kamal Jain."

When contacted, Pitti agreed with this statement. “Kamal Jain never invested a single penny in the film. I paid Kangana Ranaut and also hired a few other key personnel,” he said. But he refused to say anything about the controversy.

Krish had also alleged that he wasn’t paid 70% of his fees by Jain, but he hadn't taken up the issue as Jain was in hospital. Backing Krish’s claim, the source said, “Krish had agreed to let go of Rs1 crore after the film went over budget. That only tells you his commitment to the project. And you don’t pay his dues?”

After raising his voice, however, it appears that Krish, too, wants to close the chapter. Despite repeated attempts by Cinestaan.com, he refused to speak on the matter.

“I did speak my truth on a few platforms so that this practice doesn’t become the norm," he told Cinestaan.com. "Now it has been done. There is nothing more to add except to repeat what I’ve said in other interviews. Please allow me to concentrate on my next project." 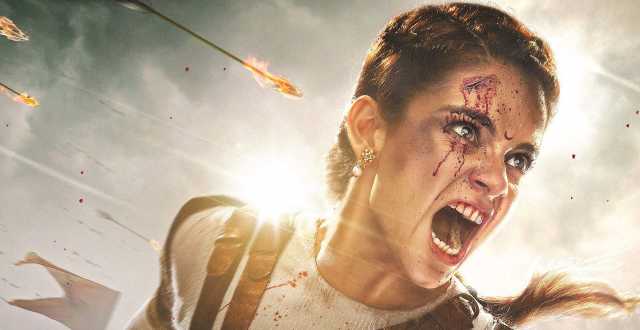 Jain, however, backed Ranaut’s claim that it was Zee Studios and he who had taken creative calls, especially on the issue of directorial credits. On 1 February, Ranaut had slammed her aggrieved co-director and said it was the producers’ call to have his original name, Radha Krishna Jagarlamudi, added to the credits.

Ranaut did, however, disclose how she took the final important decisions. “Fortunately or unfortunately, I have directed this film. All final decisions were by me. This film is now released. Nothing can be done about it,” she told the National Reporter YouTube channel.

Ranaut was also critical of her co-artistes who blamed her for chopping their roles. “All those who are complaining that their roles were chopped, I only want to tell them one thing. Whatever I achieved today is on my merit. I, too, started with five-minute roles. My roles have also been chopped. I have been replaced at the last minute. If you call this power, then I have deserved it. It is my prerogative as director to decide how to utilize a particular actor. All those who are attacking me need to take inspiration from me. Attacking me will not serve any purpose.”

The final runtime of the film was 148 minutes, just 12 minutes shorter than what Krish proposed.

The source, however, lauded Ranaut's effort. “What happened was unfortunate," the source said. "However, we must laud Kangana for the effort she put into this film. She had injured herself, had stitches, yet kept shooting in extreme conditions. The only worry was that the film might just about reach Rs100 crore.”