On Matondkar's 45th birthday (she was born 4 February 1974), we revisit five of the actress's career defining roles that make her filmography a rich one.

Today, actress Urmila Matondkar is remembered as many things - the sex symbol of the 1990s, the Rangeela girl, the thriller specialist, Ram Gopal Varma's muse and a superb dancer. But Matondkar quintessentially is an eclectic actress of her era.

After making her Hindi film debut at the age of nine with Shekhar Kapur's Masoom (1982), in the 1990s and early 2000s Matondkar went on to be touted as an actress who etched out a unique space for herself with her edgy choice of roles and films.

From the starry-eyed Mili in Rangeela (1995) and the earnest Vidya who is in love with a gangster in Satya (1998), to an obsessed lover Ria Jaiswal in Pyar Tune Kya Kiya (2001) and the revenge-seeking Swati in Ek Hasina Thi (2003), Matondkar tried it all.

While Matondkar has many acclaimed performances to her name, on her 45th birthday we take a look at five roles that she'll always be remembered for. 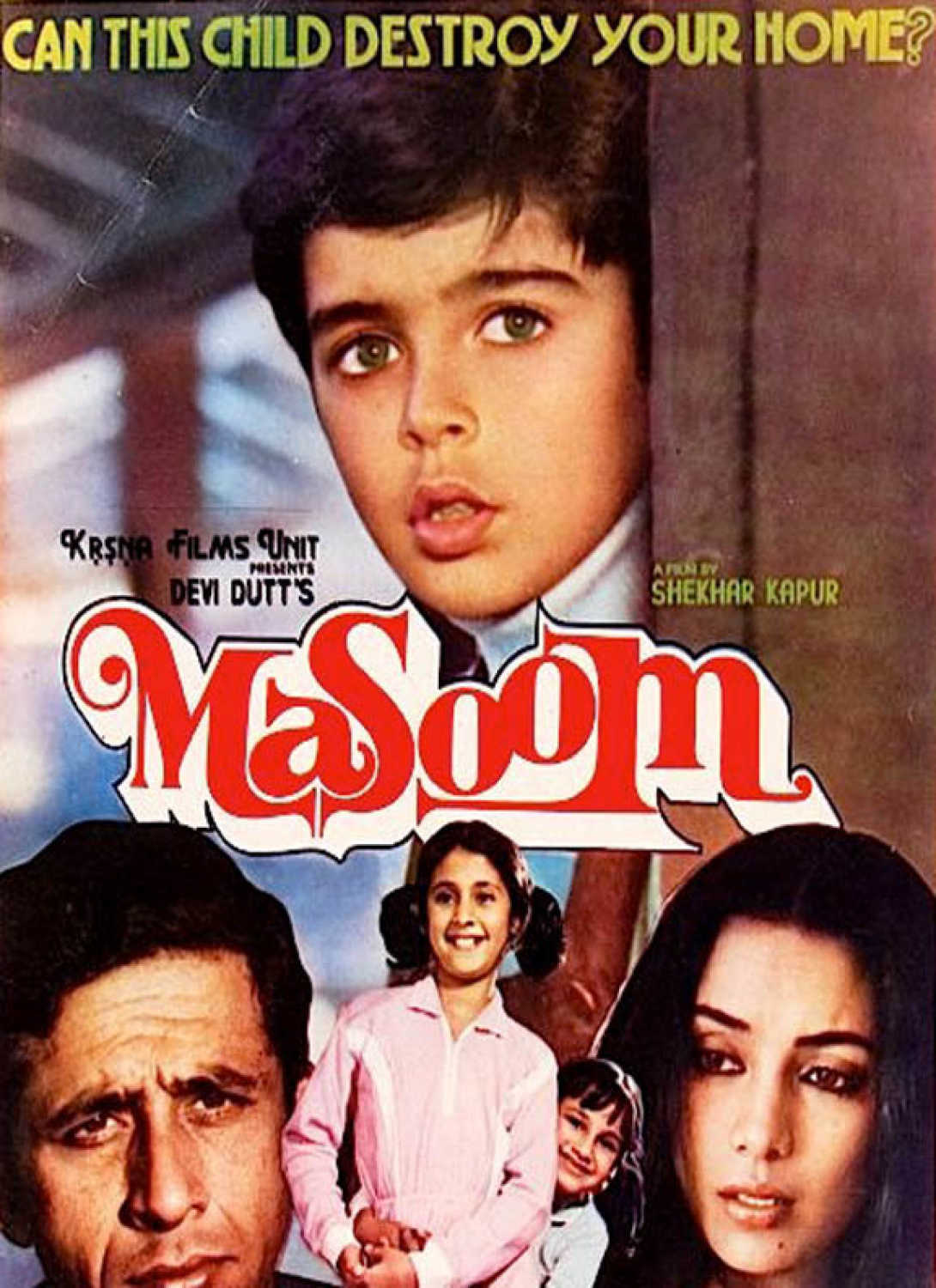 After starting off as a child artiste in Shreeram Lagoo's Marathi film Zaakol (1980) when she was only six years old, Matondkar made her Hindi film debut in the acclaimed Masoom at the age of nine.

Matondkar was bright and confident in her very first role. Playing the elder sister coming to terms with a new boy entering her family, without the knowledge or understaning that he is in fact her father's illegitimate son.

While the young Jugal Hansraj ran away with the accolades for his natural performance in an author-backed role, Matondkar made an impression with her part too.

She played a reserved and apprehensive Pinky, who takes some time to warm up to the new boy. And then innocently starts liking him after he breaks the ice by helping her do some tough maths.

The song 'Lakdi Ki Kathi', featuring the three kids also became one of the highlights of the film. 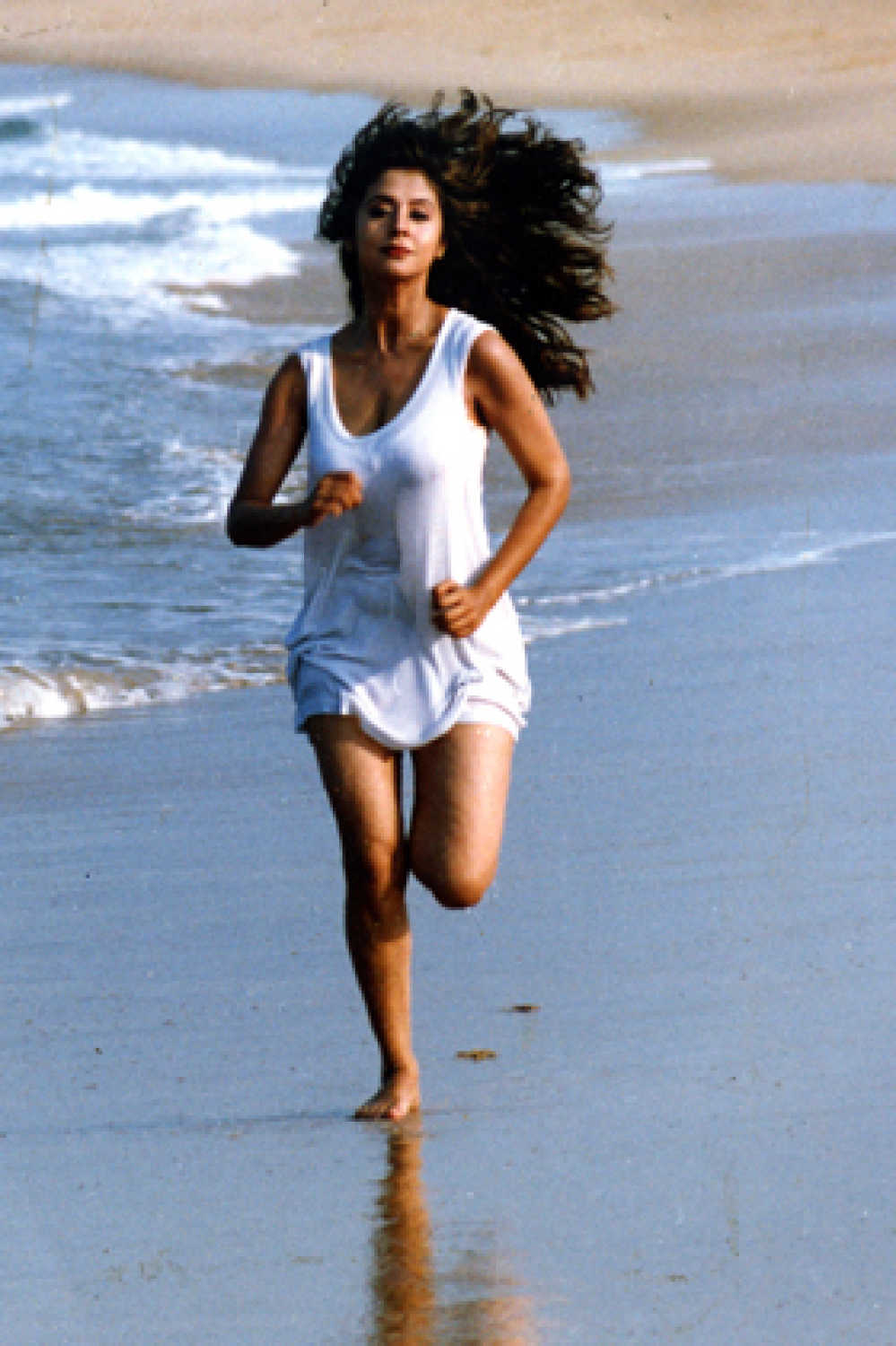 Despite making her adulthood debut with Chamatkar (1992) alongside the rising star of the time, Shah Rukh Khan, and a much-talked about love story, Aa Gale Lag Jaa (1994) opposite her Masoom co-star Jugal Hansraj, it was Rangeela in 1995 that made Matondkar a star.

It was her sensual avatar in AR Rahman's hit songs that caught the fancy of the film-goers. The visuals of a skimpily-clad Matondkar running down the stretch of the beach in 'Tanha Tanha' and moving dreamily to the lilting 'Rangeela Re' are perhaps the most prominent memories of the actress even today.

But besides oozing sex appeal, Matondkar also made a mark with an earnest performance as the aspiring actress Mili Joshi, caught between the affections of a superstar (Jackie Shroff) and a childhood friend (Aamir Khan).

"One of my primary motives in making Rangeela was to capture Urmila's beauty eternally on camera and to make it a benchmark for sex symbols," wrote Varma in his book Guns and Thighs: The Story of My Life.

Rangeela was the first Hindi collaboration between Matondkar and Ram Gopal Verma [they had done Antham (1992), Drohi (1992) and Gaayam (1993) in Telugu earlier] and it remained the biggest hit of their careers too.

After the success of Rangeela, the actress-director duo went on to make eight more Hindi films together and a few in Telugu too. The actress often faced criticism for constantly collaborating with Varma. But interestingly, Varma wrote a majority of Matondkar's career's best roles. 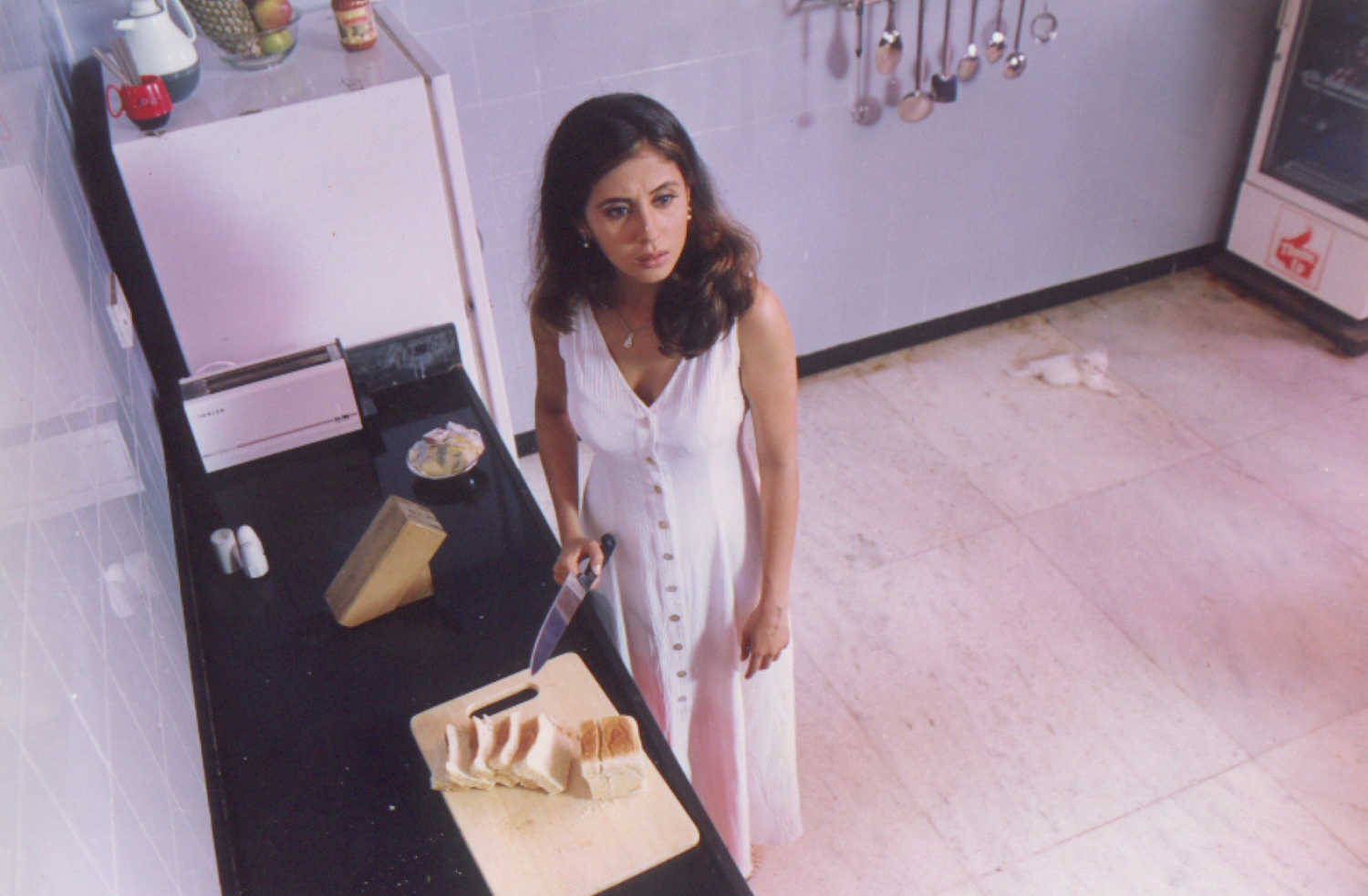 Depicting fear came naturally to Matondkar on screen. She showed vulnerability as her characters fought demons whether in the form of a ghost [Bhoot (2003)], a criminal [Ek Haseena Thi (2004) or a mental illness [Pyaar Tune Kya Kiya and Kaun (2001).

After watching television news about a serial killer on the loose in her area, Matondkar's character, who is alone in her house, begins to feel scared. A suspicious stranger at the door and a man claiming to be a cop make her more and more fearful as the film progresses.

Varma plays on the psyche of the audience throughout the film, even as Matondkar aces her transition from an innocent girl home alone being troubled by a stranger to someone behaving very suspicious. Matondkar made the last scene where she completely loses it look particularly crazy. 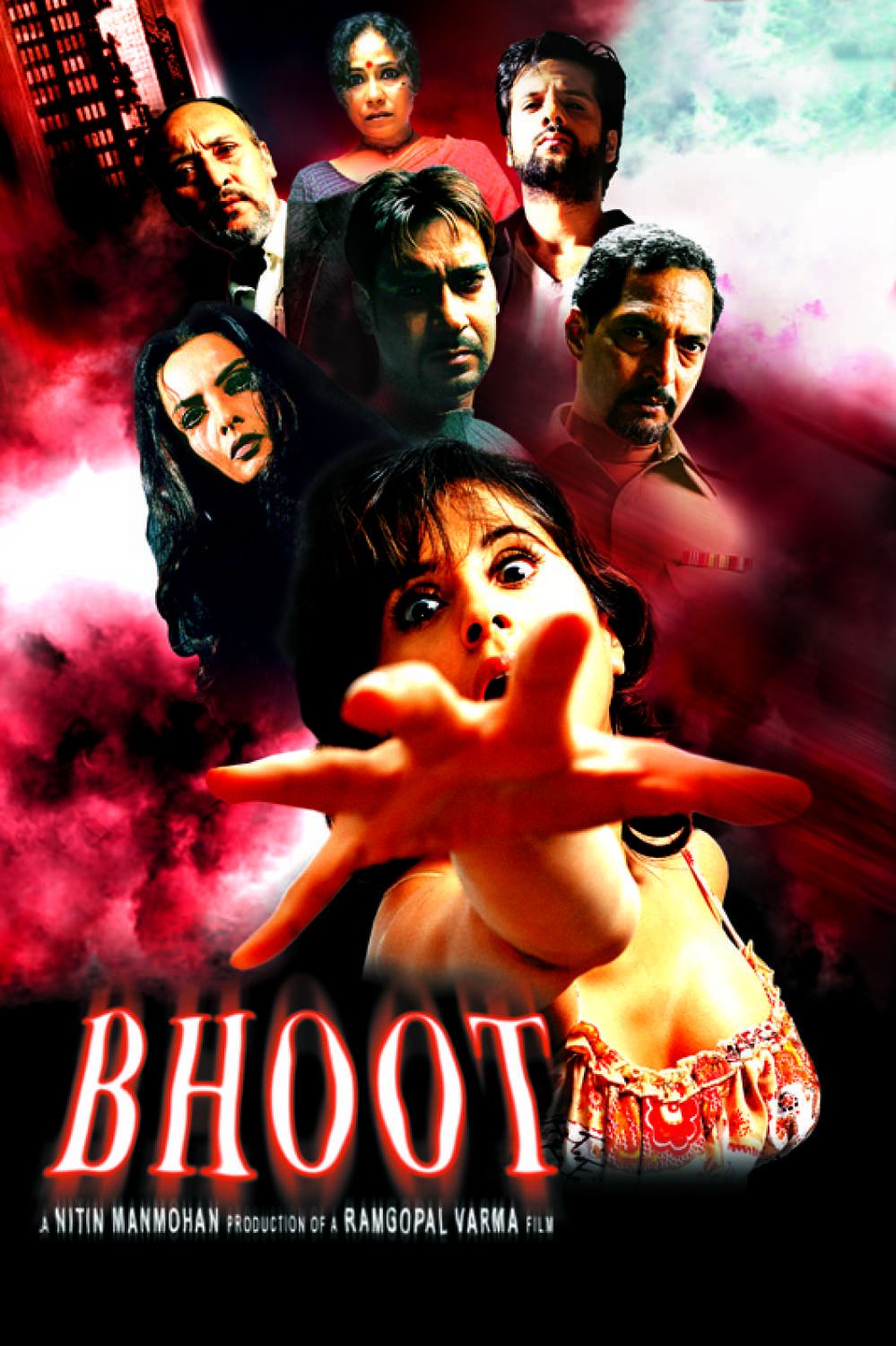 In Bhoot, Matondkar played a housewife, Swati, living in a highrise in Mumbai. The apartment is visibly creepy and Swati is haunted by the ghost of a family that died there a few years before.

Varma's Bhoot is a cult film with tons of jump scares owing to unexpected sightings of a spirit, but mostly by playing on the audience's mind. Most of these scenes involved Matondkar, through whose body language and expressions the audience constantly experiences the fear looming in the haunted apartment.

Matondkar received her first and only Filmfare Critics Award for Best Actress for her role in the film.. 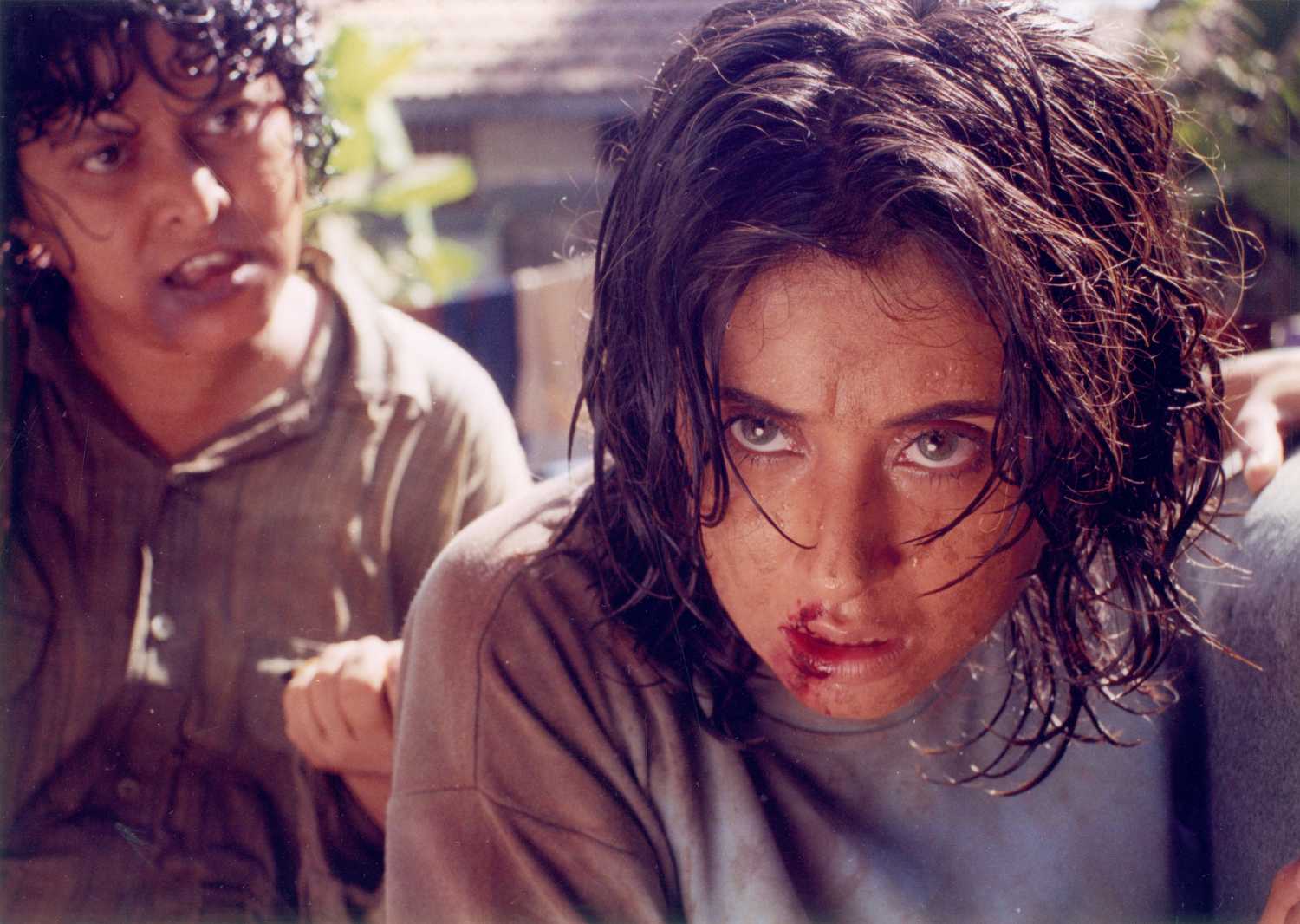 In this dark thriller, director Sriram Raghavan's first film, Matondkar plays the role of a naive girl, Sarika Vartak, who transforms into a gutsy revenge-seeker, bordering on madness, when she is falsely implicated in a crime by her lover Saif Ali Khan.

Matondkar shifts gears seemlessly and effectively. Her character turns from the hunted to the hunter as she goes through tremendous shock, hurt and hardships in the confines of a jail, portrayed to great effect by Matondkar.

So much so that in the end, she turns darker than the villain of the story, a device we saw Raghavan use years later in Varun Dhawan-Nawazuddin Siddiqui-starrer Badlapur (2015) too.

Matondkar's character kills Khan in one of the most brutal ways seen on screen at the time. She leaves him in a dark dungeon as fodder for rats! Matondkar's nuanced performance makes sure you believe that she was actually capable of this.