Information and broadcasting minister of Pakistan, Fawad Chaudhry, tweeted about the decision.

Pakistan has banned the exhibition of Indian films in light of the recent tensions between both the countries. The ‘Made in India’ advertisements will also be pulled down from the Pakistani electronic media. The Pakistani federal minister for information and broadcasting, Fawad Chaudhry tweeted about the decision.

“Cinema Exhibitors Association has boycotted Indian content, no Indian movie will be released in Pakistan. Also have instructed PEMRA (Pakistan Electronic Media Regulatory Authority) to act against ‘Made in India’ advertisements,” said Chaudhry.

The decision has come in the wake of the air strikes carried out by the Indian Air Force yesterday on the Jaish-e-Mohammad terror camps in Balakot. The attack was in retaliation of the terror attack in the Pulwama district of Jammu & Kashmir which at least 40 CRPF jawans were martyred on 14 February.

All Pakistani Exhibitors Association chairman Zoraiz Lashari said in a media statement, “In the light of the prevailing situation, and in solidarity with the government, the film exhibitors' fraternity has volunteered to focus on local content till normalisation of the current situation in the region.”

But he hopes for things to improve in the future. “We believe art and films are a universal language that transcend borders and bring people closer. We hope we can all play a positive role in reducing tensions, and supporting policies that bring peace and prosperity to the people of the entire region [sic],” he added.

In response to the ban on Indian films by Pakistan, the All India Cine Workers Association (AICWA) sent a letter to Indian prime minister Narendra Modi demanding "a complete shutdown on issuing any visa to Pakistani actors, film associations and media fraternity..."

Earlier, the AICWA had announced a ban on Pakistani artistes in the country, saying they will resort to strong action against anyone who collaborates with talent from Pakistan. 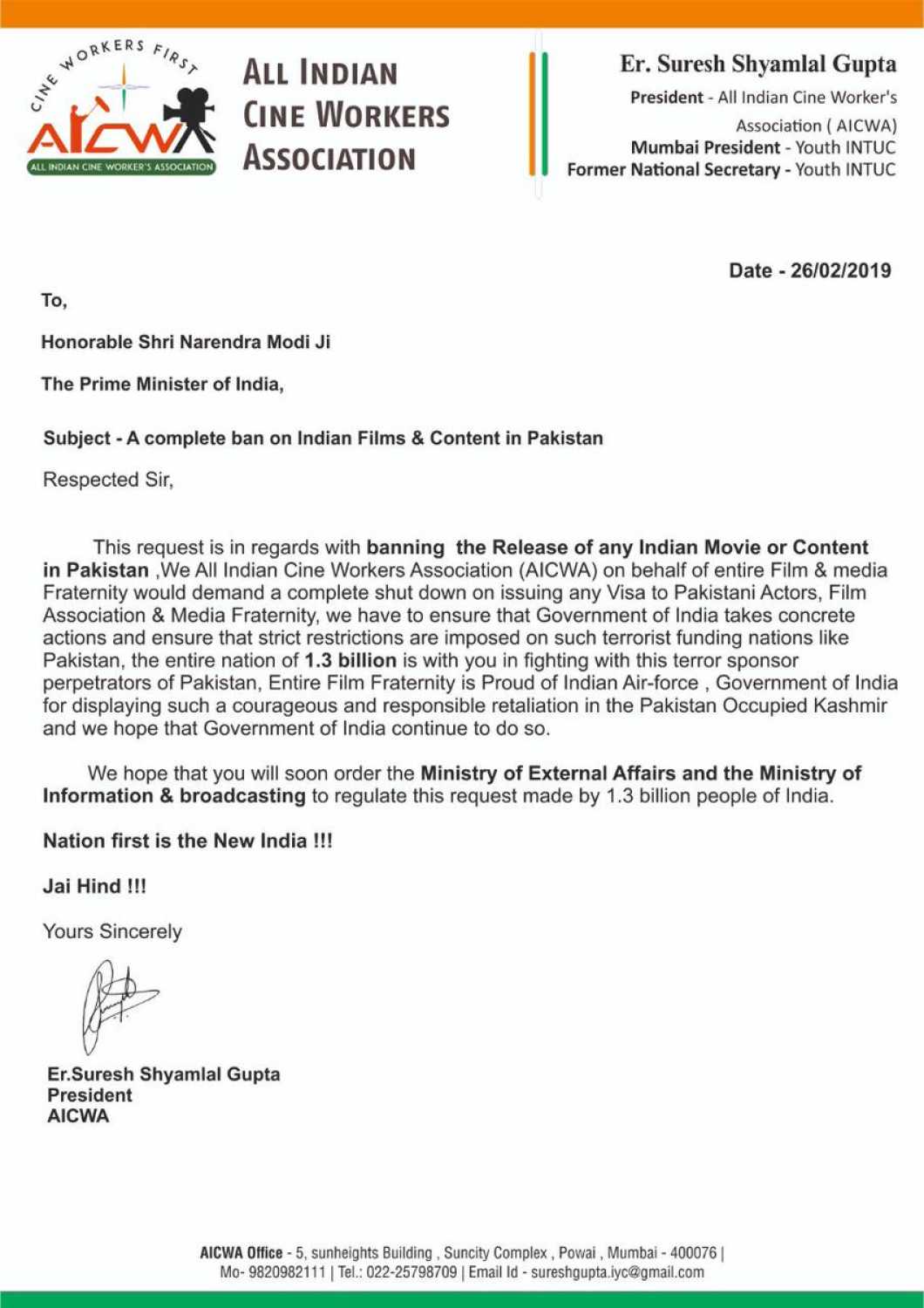