Kartik Aaryan, Bhumi Pednekar's Pati Patni Aur Woh to be out on 10 January 2020

The film is a remake of BR Chopra's 1978 comedy of the same title. Sanjeev Kumar, Vidya Sinha and Ranjeeta had played the leading characters. While Aaryan reprises Kumar's role, it appears as though Pednekar will play the wife and Pandey, the other woman in his life. 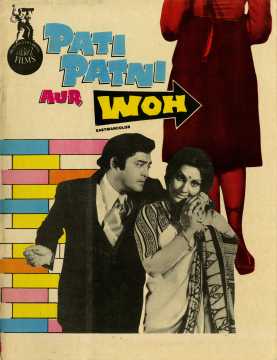 Pandey has picked her second film even before her debut film, Student of the Year 2 is released. This will be Aaryan's first film with Pednekar.

Chopra's Pati Patni Aur Woh (1978) had picked the Filmfare award for Best Screenplay, while Kumar was nominated for Best Actor, and Ranjeeta was nominated in the Best Supporting Actress category. It is considered one of the finest romantic comedies from Indian cinema.