The actor, who will soon be seen in Luka Chuppi (2019), believes that last year's Luv Ranjan hit opened him to the family audience.

Everyone is looking for that one big break that could change one’s fortunes. Kartik Aaryan finally found his with Luv Ranjan's Sonu Ke Titu Ki Sweety (2018), the first Rs100 crore box-office grosser starring the actor.

A Luv Ranjan discovery, Kartik Aaryan is now being wooed by big production houses. He is gearing up for the release of Maddock Films’ Luka Chuppi, has signed on for BR Films' Pati Patni Aur Woh remake, and will be romancing Disha Patani in an upcoming Anees Bazme film to be produced by T-Series.

One big hit can change the course of one's career, but, as Aaryan pointed out in a group media interview, “It’s not like Sonu Ke Titu Ki Sweety was my first hit. I had given hits before in the Pyaar Ka Punchnama franchise. Pyaar Ka Punchnama 2 (2015) made about Rs75 crore nett, but the recognition I got with Sonu... did not happen then. Now they [people] know my name. With Punchnama I had become famous as this monologue-wala boy. Sonu... has given birth to my name.” 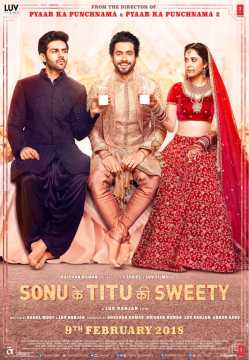 So, despite having had a few hits earlier, was he disappointed that the industry did not recognize his worth? “It's all good now," Aaryan responded. "But you do feel sad and wish it could have happened before. The [youth] audience always loved me for the Punchnama series and Akaash Vaani (2013), but that audience didn’t make me a household name. As an actor, I don’t think I figured in most people’s favourites list. That happened with Sonu Ke Titu Ki Sweety. It is a film that got the family audience. It made me a household name.”

While he tasted success with the Punchnama series, the plum opportunities did not arrive. “Before Sonu..., I didn’t really have options," Aaryan admitted. "I was surviving on limited things. I felt this was a limited zone and needed to make the most from it. Akaash Vaani (2013) didn't work. Guest Iin London (2017) failed. I was at a stage where I knew something was wrong.”

Aaryan is happier now and really excited about Luka Chuppi, a satirical take on live-in relationships. The man from Gwalior plays Guddu Shukla, a local reporter from Uttar Pradesh, who runs away with his girlfriend Rashmi (Kriti Sanon) to Gwalior. 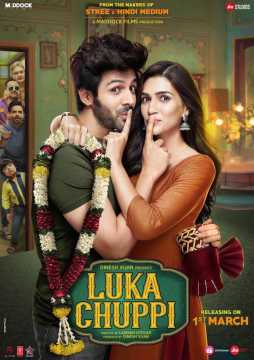 Talking about his experience of Luka Chuppi, Aaryan said, “Luka Chuppi was different for me. I wasn’t playing a Delhi boy. Guddu Shukla is this fun, innocent, straightforward reporter from a local Mathura TV channel. It's not just him but the family that is intriguing. Each member of the Shukla clan has its own agenda. My brother has something cooking between him and my bhabhi [brother’s wife], Guddu has a hate-hate relationship with Pankaj Tripathi. There is the little boy in the family, he, too, is naughty. All members together provide great humour.”

Aaryan called Kriti Sanon a great co-star and said they hit it off instantly. Being a Gwalior man, he also played the good host, showing her and film producer Dinesh Vijan around.

Aaryan’s ghar wapsi (homecoming) was a little embarrassing. Talking about it, he said, “When we arrived for the shoot in my town, there were hoardings of me with the text, ‘Welcoming the Son of Gwalior'. They used some old, messy picture of mine. It was pretty embarrassing. Dinesh Vijan and Kriti kept teasing me as ‘son of Gwalior'. I showed them places, and served them the best rasmalai in town.”

Luka Chuppi is a satirical take on live-in relationships in small towns. But Aaryan points out how tough things can be even for migrant bachelors in a metro like Mumbai. “Forget live-ins, even migrant bachelors struggle to buy/rent a house in Mumbai. I am still struggling. The moment you say you are an aspiring actor, it becomes all the more difficult,” he said.

Speaking about Guddu ’s trouble having a live-in relationship in a small town, Aaryan said, “The problem in small towns is that most people know you well. Guddu is a famous reporter in Mathura. So it all the more becomes difficult for him. He is constantly looking around to see that no one recognizes him. In the film, you have a politician who gets a young couple’s face blackened. Now imagine, in a small town, a brother and sister can’t go out together for they could be mistaken for a couple.”

Guddu has the fear of moving openly with his partner, but did Aaryan ever move around with a young woman and pray no one recognized him? 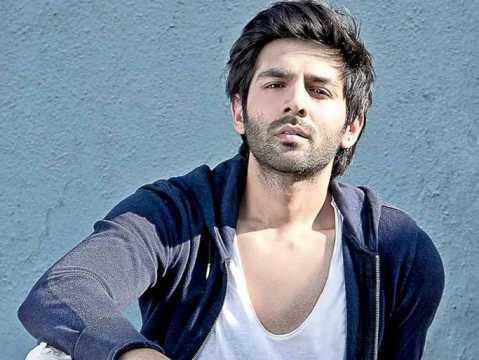 “I am a normal guy. I have never objected to being clicked. Even if I were to be clicked with someone, I know that after four days, all of it will fizzle out," he said.

"Before Sonu Ke Titu Ki Sweety, I used to crave for people to click me," he continued. "Now that I have this fame, I won’t say I don’t like it. The paparazzi have supported me a lot. I respect how they would stay for hours just to get that one picture. The only time I tried to hide was when I had to hide my look in Pati Patni Aur Woh. But I covered my face and still passed by them.”

The eligible bachelor is asked if he is dating someone and whose number he has on speed dial.

“Speed dial pe toh mummy ka number hai [Speed dial has my mother’s number],” he responds cheekily. The actor adds that he is looking for someone and has no qualms dating an actress. Does mummy have a favourite? “Yeah, she likes Alia Bhatt," he says, adding quickly, "as an actor though. I think she is a complete package.”

As we come to the end of the session, Cinestaan.com quietly asks Kartik Aaryan about the time he was reportedly offered a Dharma Productions film and then dropped for being 'too pricey'. “That was last year," smiles Aaryan. "Right now it's all good.”