A source connected with the film had earlier said a cameo was always part of it, but Mikhil Musale confirmed there is no such role.

Director Mikhil Musale has denied media reports of rising star Varun Dhawan making a cameo appearance in his Rajkummar Rao-starrer Made In China.

"This is news to me," Musale told Cinestaan.com. "In fact, there is no cameo role in my film. We have Rajkummar Rao, Boman Irani and Sumeet Vyas in the film. Rajkummar Rao is a great actor and an inspiration to work for anyone."

Earlier, the Deccan Chronicle newspaper had reported that Dhawan was tipped to make a cameo appearance in the Maddock Films production.

While producer Dinesh Vijan himself was not available for comment, a source from the film’s creative team had told Cinestaan.com there was a cameo role written in the film from the very beginning, which was earlier supposed to be done by some "litte-known" actor.

"But now we are hearing that Varun Dhawan is playing it. So that is good for the film!” the source had claimed. 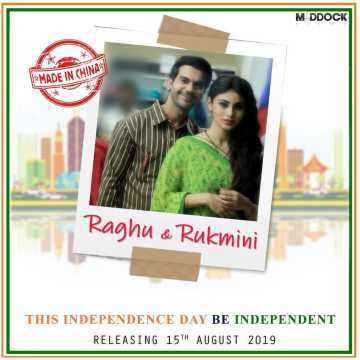 Made In China also features Mouni Roy and Amyra Dastur in the cast. Directed by National award-winning director Musale, the film is a comedy that tells the tale of a struggling Gujarati businessman who travels to China. It is scheduled to be released on 30 August.