Reaping praises for his role as Moeen in Gully Boy, Varma might have found the spotlight a little earlier but for Kashyap's intervention.

Director Zoya Akhtar's film Gully Boy has rightly earned praise for its well-crafted narrative of an underdog rapper from the slums of Mumbai. But besides the standout performances of Ranveer Singh and Alia Bhatt, the film also has a wonderful cast which have now entered the spotlight. As the irascible, sly friend to Singh's Murad, Vijay Varma has caught the attention of audiences and critics alike in Gully Boy. 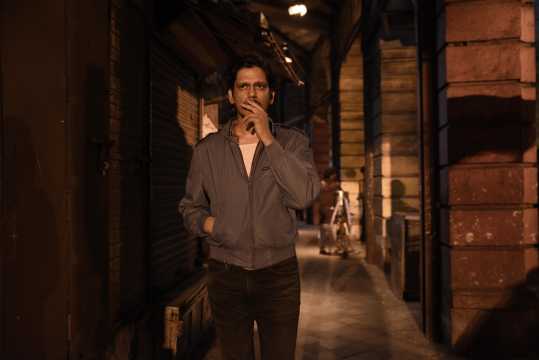 While Gully Boy might be the latest addition to his growing filmography since his debut in Chittagong (2012), it is his first massive commercial hit. But the actor said his tryst with popularity might have come a little sooner, if not for Anurag Kashyap.

In a recent conversation with Cinestaan.com, Varma revealed that he had been locked down for the role of Bunty in the Netflix web-series, Sacred Games.

"I was locked in for Bunty for Sacred Games. Netflix had locked me. Motwane had locked me. Mukesh Chhabra as well. Everybody was onboard and the contract was the only thing left," he reminisced.

From his performance in Gully Boy, it is not wrong to surmise that Varma could have pulled off the role. The character of Bunty as the rowdy, ruthless, right-hand man of Ganesh Gaitonde, played by Nawazuddin Siddiqui, proved to be a crucial part of the Netflix Original series. Varma had also worked with Siddiqui previously in Monsoon Shootout (2017) adding to the equation.

There was just one problem though. Sacred Games' co-director Anurag Kashyap had his eyes on Jatin Sarna for the role. Varma says, "He had a long chat with me. But he promised me that he would give me a role in his next one."

The decision seemed to work out for both Sarna and Varma. Sarna's performance as Bunty was definitely impressive and caught the attention of several fans across the internet.

As for Varma, he has just finished shooting for Bamfaad. The film is being presented by Kashyap, who came through on the promise.

"It seems to have worked out for me," smiles Varma.

With Bamfaad, and another web-series with Imtiaz Ali, Varma's luck seems to have turned the corner.