The film is directed by Shrabani Deodhar, and produced by Arjun Singgh Baran and Kartik Nishandar under their production house GSEAMS.

Actor Swapnil Joshi will be donning a new look for his upcoming film Mogra Phulala. The actor will be playing an office-going common man in the film directed by Shrabani Deodhar and produced by Arjun Singgh Baran and Kartik Nishandar under their production house GSEAMS.

In the pictures released, Joshi is seen in formal office wear. He also dons a helmet and is seen on a scooty, like scores of office-going Mumbaikars. Joshi seems to have shed his lover boy image.

As per an official press release shared by the makers, Mogra Phulala is about a man who falls in love after being busy for many years in his responsibilities and earn a living. 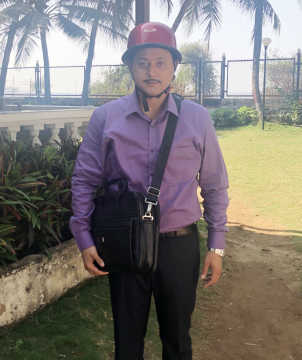 “Mogra Phulala is a story that will touch the hearts of the Marathi audience. We are very happy to be working with Shrabani Deodhar who is one of the most intelligent and hard working directors in the industry,” said producers Baran and Nishandar in an official statement.

Director Deodhar's last release was Sata Lota Pan Sagla Khota (2015). She is known for her directorial Lapandav (1993), which won the National Award for Best Marathi Film.