The film was competing in the Generation 14 plus category at the festival, which was also its European premiere.

Rima Das's Bulbul Can Sing continued its victorious run at festivals with its latest Special Mention prize at the ongoing Berlin International Film Festival 2019. The film was awarded the prize by the Berlin Sidebar juries. Bulbul Can Sing made its European premiere at the Generation 14 plus category at the Berlinale this year.

Ecstatic about the award, Das said, "I am extremely pleased and honoured to be receiving this important Award as a special mention from International Jury Berlin Generation 14 plus at Berlin International Film Festival 2019." 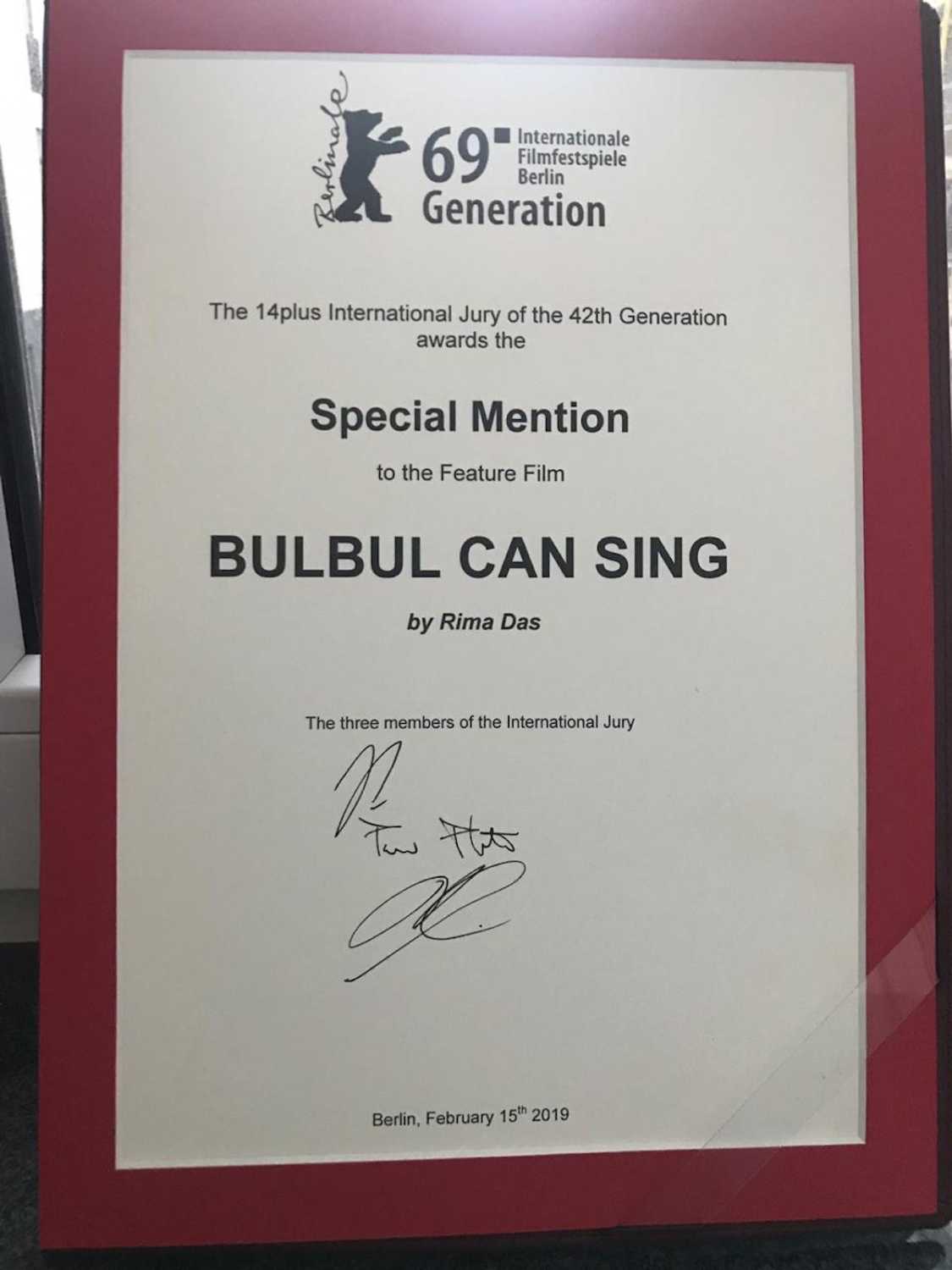 Maryanne Redpath, head of the Generation 14 plus section, said, "It is a balance between young people who are able to see themselves on the screen and to be empowered and get energy, strength for taking action and succeed, for adult audiences they go home and they think about it and they reflect upon their responsibilities in societies where they are active and they may be starting to change themselves."