In a candid chat with us, Ganguly  spoke about how the film will contribute to change the perception about the transgender community.

One of the pioneering directors to make films on gender fluidity in Bengali cinema, Kaushik Ganguly is all set for the release of his upcoming film Nagarkirtan this month.

Featuring Riddhi Sen and Ritwick Chakraborty in the lead, the film has received four National Awards. Riddhi Sen received the Best Actor for his performance as the lead transgender character, Gobinda Mandal for Best Costume Design, Ram Rajjak for Best Make Up Artist Award and the Special Jury Award went to the film too.

In a candid chat with Cinestaan.com, Ganguly elaborated on his early association with transgender people that he has maintained since long before he conceived the film. He also spoke about how the film will contribute to change the perception about the transgender community.

Why is the title of the film 'Nagarkirtan'?

In an earlier interview, Riddhi Sen had said that you could not fully express yourself in your film Arekti Premer Golpo, which was also based on homosexual relationships and since then you were preparing for another film on a transgender.

No actually, that was entirely a different kind of story. Personally, I am much more interested in telling the stories of common people, especially of those who are marginalised, who live in the darkness and about who not much is spoken or discussed. I feel more successful as a director if I tell their stories.

Arekti Premer Golpo is an amazing film, but it revolves around an upper class character and narrates his painful story. I feel upper class people can handle their sorrows and pain themselves. If a film tells the stories of those who don’t have the voice, it successfully fulfils its responsibility. Also, thus, I personally feel satisfied which did not happen through that film, but will happen through Nagarkirtan.

When did you start writing the script? Was it an outcome of your association with the transgender people?

I have known them for a long time ever since I did Ushnatar Janye (2003). I have stayed in contact with them and have mixed with them consciously. I know their likes and dislikes and am aware of their stories which are nothing new, unknown or surprising for me. I did not need anyone to help me to do research on them, I know them very closely. I have tried to portray everything honestly and in a way that doesn’t give the impression that I have dramatized their situation for the sake of cinema. Whatever you will see in Nagarkirtan is real and even the dramatic situations are taken from real life situations.

A lot of transgender people have worked in the film…

Apart from Riddhi, all the transgender characters have been played by transgender people. There is Professor Manabi Bandopadhyay and there are a few who professionally collect money on the streets. All of them have attended workshops and prepared for their roles. They have all worked together in the film. They have also been trained in acting. It is very important for an actor to be free of inhibitions. They have absolutely no inhibition and in this respect, they are 100 steps ahead of professional actors and hence, whatever they are instructed to enact, they portray with optimum precision.

Can you please talk about Punti and Madhu’s characters?

Punti is an extremely important character. We know how insensitive we are and we often call them Chhakka, not thinking once how tormented they feel. Riddhi’s character is fondly called Punti, because whenever she plays the ludo, she never hits Chhakka (Six) and always ends up with Put (One). Now it is easy to understand that her character is extremely adorable, sweet and is made with utmost care and love.

Madhu’s character is fantastic. He works as a delivery boy in a small Chinese restaurant. He has an open mind. Not only the audience, but Madhu also discovers himself and the magic of his love with Punti gradually in the film. Ritwick is one of the finest actors of the country. One of the biggest take away of the film will be the duet performance of two extra-ordinary actors.

Our society is extremely homophobic; homosexuality puzzles us. Standing in such a socio-cultural context, I felt the need to inspire the audience to love Punti, Madhu and their love story. The film will only be successful if people shed a few tears, feel choked to see Punti and Madhu’s romance.

How did you decide on Riddhi for the character Punti? 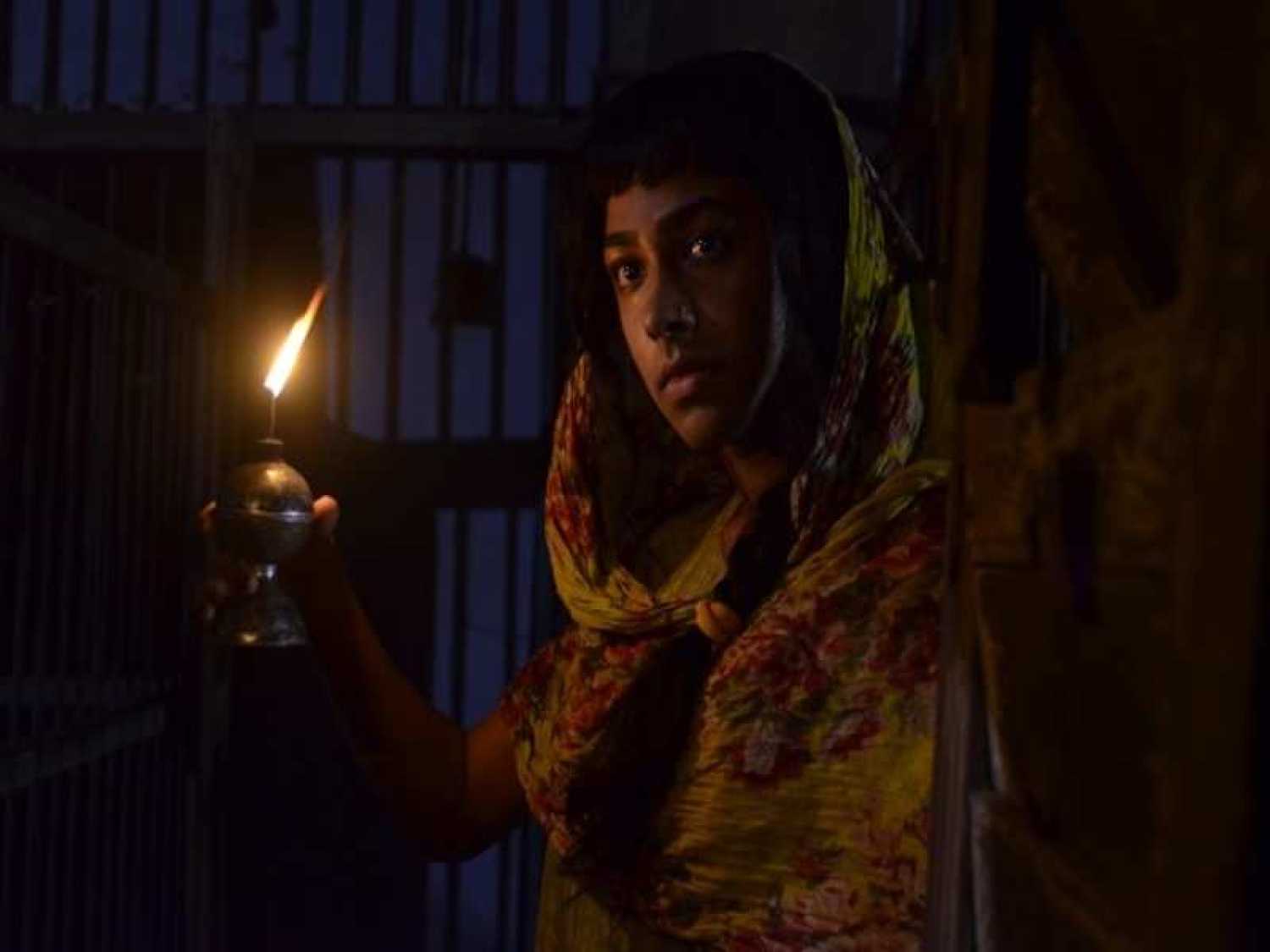 Riddhi was on my mind since the day I decided to make the film. I don’t know how I should put it, but Riddhi has certain androgynous traits. When we were shooting, he was 19 years old. His voice, hair and physical appearance completely fit into the avatar.

Riddhi is a committed actor and he can transform himself beautifully. Portraying this character is not a job of an amateur actor - a skilled and experienced actor was needed. Riddhi is way more mature than his age and it was not an easy task to feel the true essence of this relationship. From the beginning, I wanted to cast Riddhi, I did not think of anyone else for once.

How different is this film from all your other films?

After watching the film, the audience won’t come out and only say that they have watched a very nice film. Also, I am not appealing to the audience to make a favour and watch the film. If they want to watch a good film and they are most welcome. They don’t need to judge the film. The way people enjoy their trip to the mountain, the audience will cherish the performances that are of such exceptional quality.

Do you think it is only through love stories that the accounts of transgenders can be told?

Of course! It is a homophobic society and hence, love can be the only medium to tell their stories. If one doesn’t think about them today, tomorrow when a transgender woman will come and knock at the window of one’s car in the signals, one will pretend to be asleep. If one doesn’t do that and starts relating her or him to Punti and considers that he or she also has a story to tell, then the film becomes successful.

How do you think the National Awards are going to add to the success of the film?

The film has received four National Awards, it has been screened at the Cannes Film Festival and the International Film Festival of Goa as well. No film gets so many recognitions just like that and every time there were always different jury members to judge the film. Nagarkirtan perhaps could have received many more awards for music and cinematography as well, as all of the crew members have worked extremely well. These are reassuring for the audience and I would like to ask them to see why the film has received those recognitions and make their own evaluations. 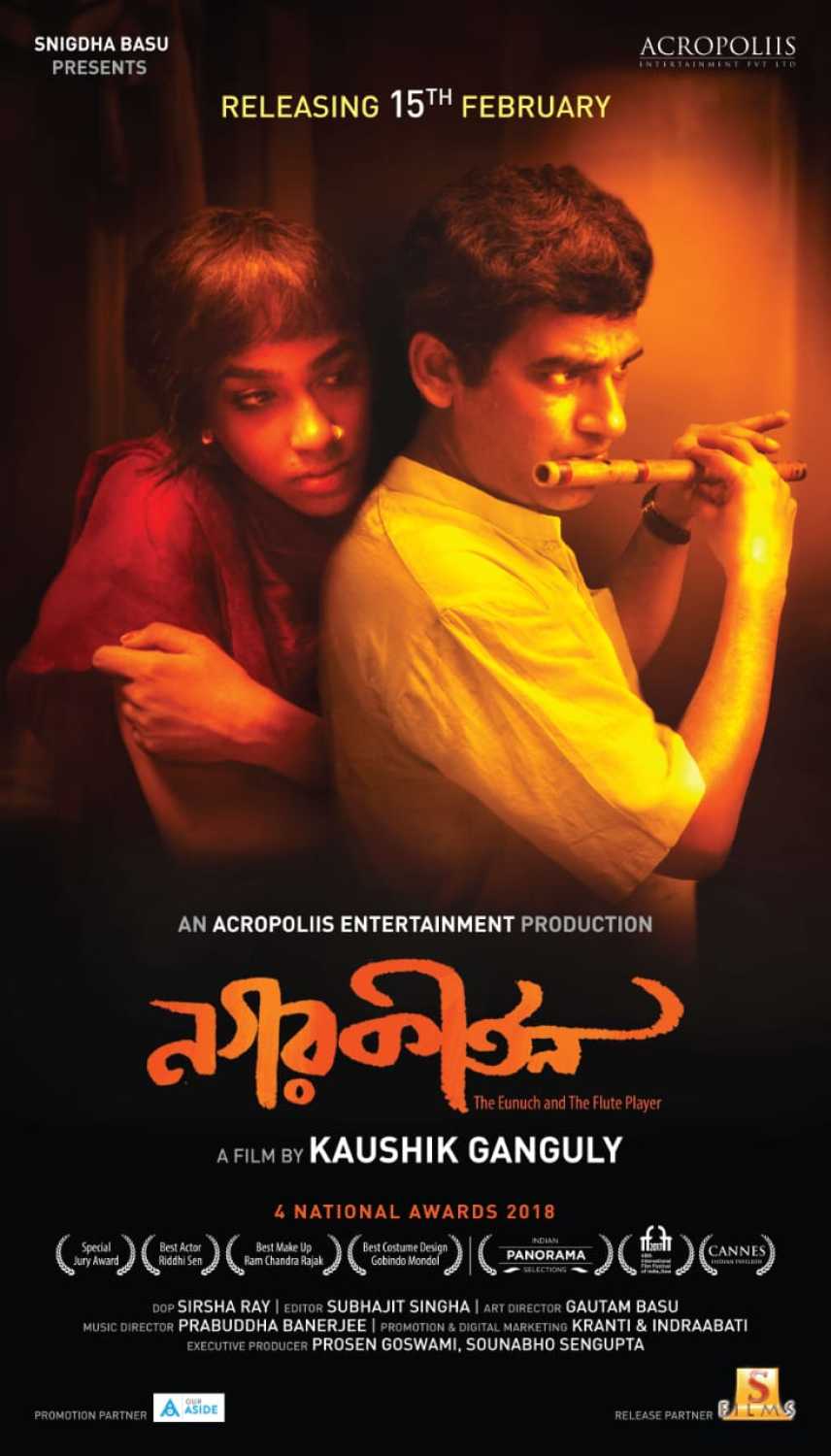 In trailer, silence plays an important role. How have you used silence in the film?

The film has been made exactly the way their (transgenders') life is. Dialogues are there only when they are needed. See, pain doesn’t have dialogues; rather dialogues can cause pain. There are only enough dialogues to bring alive the pain. We often don’t give away all in the trailer only to instigate the anticipation in the audience. People have already asked a lot of questions and the job of a trailer is to make the audience think.

Can you please talk about the background score as well?