Director Anik Dutta said there were clear instructions to his cast and crew to leave the project, but while some left others simply ignored the directive.

Anik Dutta’s satirical spoof Bhobishyoter Bhoot has been withdrawn from all theatres in and around Kolkata despite having been passed by the Central Board of Film Certification with just one cut and running to houseful shows.

Along with the film's cast and crew, the entire Bengali film industry has raised its voice against the attack on freedom of expression.

Dutta’s Bhobishyoter Bhoot is a satirical film that comments critically on the present political regimes at the state and the Centre.

Yesterday, when the director went to get a sense of the public reaction to the film, he learnt that shows had been cancelled.

“People who had come to watch the film came running to me to know why the film had been shut down,” Dutta said. Of course, the director was just as stunned as the audience. 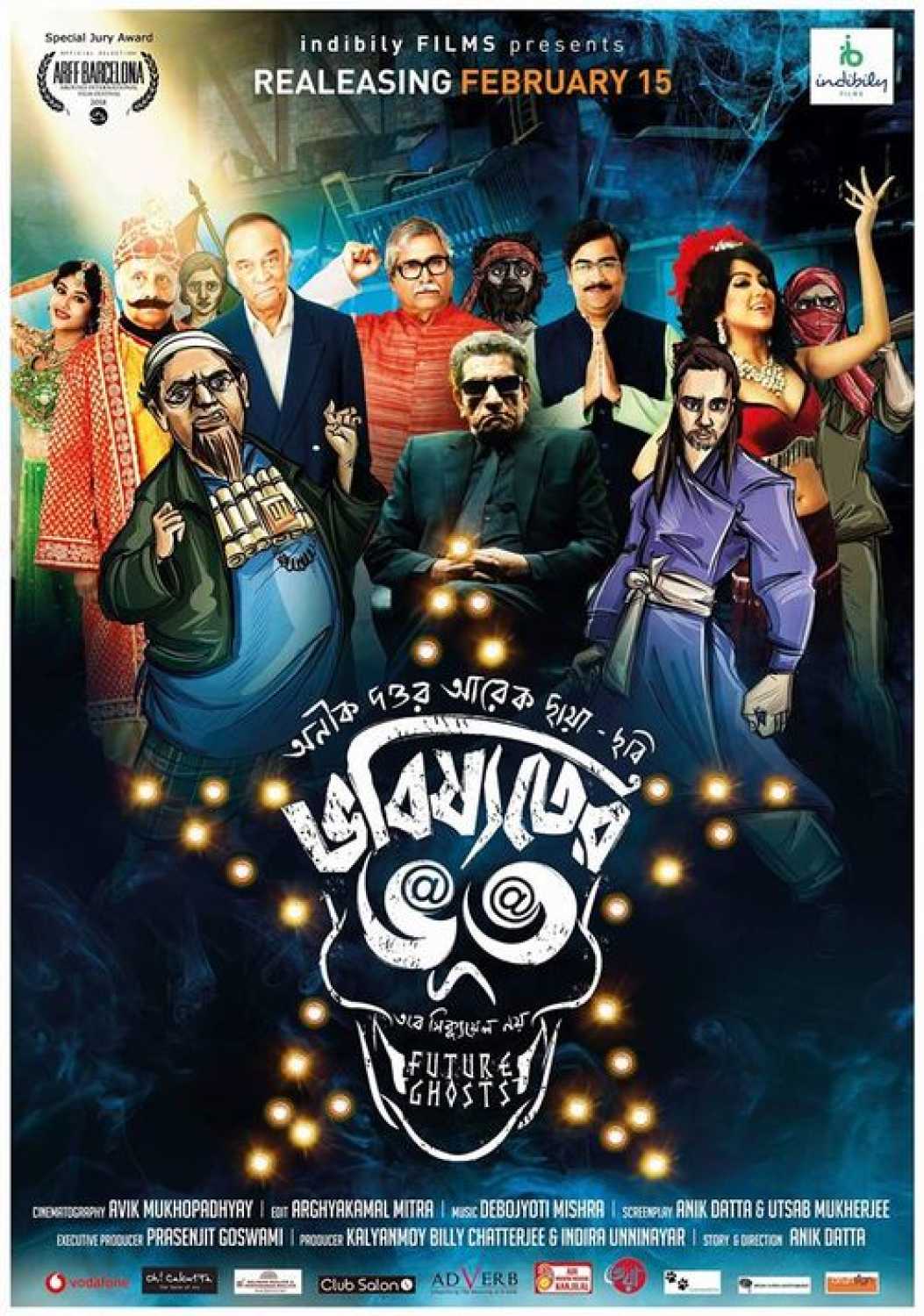 Echoing Kaushik Sen, Dutta said no valid reason was cited for the extreme step. “We asked them a number of times the reason for the sudden shutdown of the film," he told Cinestaan.com. "They went inside and came out a few times and eventually said they were given instructions from the higher authorities.”

Dutt continued, “There is a protocol for everything. They should have certain communication with the producers and distributors before they take such a step.”

Music director Debajyoti Mishra, who was present at the scene, said, “We are quite annoyed because till now we have no clue why the film has been removed from the theatres."

“People can feel offended at various kinds of content in films," the director said. "That could happen even if I make a love story and some lovers can claim they are hurt by so-and-so portrayal. People have the right to disagree, criticize and debate, or else the censor board can find the content objectionable at most, which is not the case here.”

The director was unwilling to agree that the political content in his film could be the reason for such a step. “Everything is political," he shot back. "I feel my other films are more political because in those films I have consciously avoided touching contemporary politics. That reflects the contemporary socio-political situation even more.” Dutta insisted that he has the right to comment on the current socio-political scenario.

Bhobishyoter Bhoot review: Despite some lengthy passages, this is an important film

Bhobishyoter Bhoot had received positive reviews from critics and the director had been praised for his objective take on the administration despite critiquing it. “What is the use of being an independent filmmaker if I do not have that much right?” he said.

“I think the higher authorities have become unnecessarily overtly conscious. I feel if the halls were not houseful and people did not watch the film, then the step would not have been taken. The fact that the film is being received well is creating a problem for certain people, and hence this step.”

Mishra, for whom the whole episode was nightmarish, said, “We have not made a film that is not fit for society. We have watched the film many times and I have felt that our society has been reflected in the film in a humorous way.”

Dutta had declared at the beginning of the film, that the makers faced innumerable obstacles. “There were clear instructions to the team to leave the project," the director said. "While some left, others, on whom such instructions have no effect, stuck on. The authorities know they cannot manipulate these people.”

Dutta said reaching out to the media was his best hope now. “I cannot start a dharna or wage a war," he said. Steps will be taken by the producers in accordance with the law. "We have written documents of the previous unlawful intervention in the project and we will share that with the media," he promised.

“It is now quite clear that when they failed to stop the project with their interference, they are desperately shutting down the screenings without having any dialogue with the audience or the producers.”