The film is a love story that is also a launchpad for Saher Bamba, the female lead.

The first posters of Sunny Deol’s son Karan's debut film Pal Pal Dil Ke Paas are out. The film is a love story that's also a launchpad for Saher Bamba, the female lead. Sunny is directing the film.

History has been repeated for the Deol family. Dharmendra launched son Sunny with the romantic drama Betaab (1983). The film was also a launchpad for actress Amrita Singh. Now 36 years later, Sunny will launch his son and a new female lead.

The trend of launching a star son in a love story with a debutant actress has been witnessed in the past in mainstream Hindi cinema. Kumar Gaurav and Vijayta Pandit’s Love Story (1981) and Hrithik Roshan and Ameesha Patel-starrer Kaho Naa... Pyaar Hai (2000) are some shining examples. 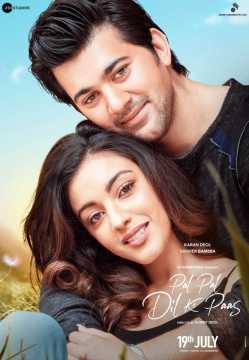 Going by the posters, Karan and Bamba seem to be playing young lovers who are on a journey. In one poster they are seen enjoying a holiday in the hills, with a beautiful view of picturesque mountains. The two debutants look good together.

Pal Pal Dil Ke Paas will be out in theatres on 19 July.